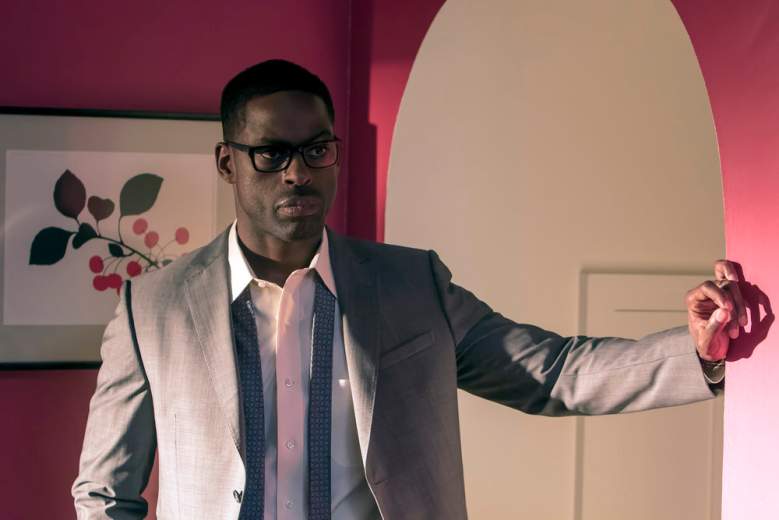 Sterling K. Brown as Randall on This Is Us. (Photo by: Ron Batzdorff/NBC)

Sterling K. Brown couldn’t have asked for a better 2016. Although he’s been making movies and television shows since 2002, the actor broke-through this year with an Emmy-winning performance in The People vs. O.J. Simpson: American Crime Story. He also stars as Randall Pearson on NBC‘s hit freshman series This Is Us.

Randall is easily the most complex character in the series. As an adult, he is a very successful businessman, is married and has two children. But there was always a nagging desire to find his real father and believed that his adoptive parents never searched for him. In the This Is Us pilot, Randall found his father. In “Kyle,” we learned the truth behind Randall’s name and that his adoptive mother, Rebecca (Mandy Moore) really did find his biological father. We’ll have to keep watching to see if Randall ever finds out that dangerous truth.

Here’s a look at Randall and Sterling K. Brown. Warning: there are spoilers for the first three episodes below.

1. Brown’s Own Biological Father Isn’t in His Life, so He Feels a Connection With Randall 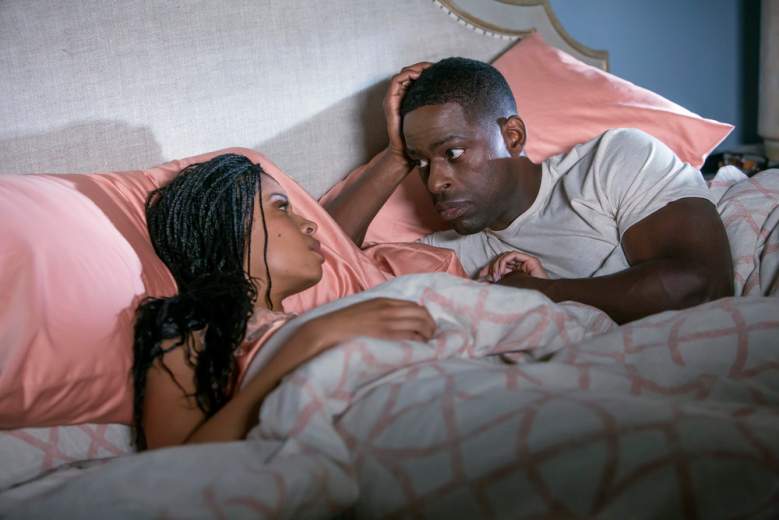 This Is Us creator Dan Fogelman seems to have found a cast that can relate to their fictional characters. Just as Chrissy Metz relates to Kate, Brown relates to Randall’s search for a father figure. That’s because Brown’s own biological died when he was 10. While it’s not an exact analogy to Randall’s situation, Brown told Essense that he often thinks about how his father is missing out on his own life.

I can speak from my own personal experience in that I was 10-years-old when I lost my biological dad, so it’s not an exact analogy situation. But right now is a really good time for me in my life. I’ve got two beautiful children, a lovely wife and the career’s going well. And I often ask myself, wouldn’t be cool if my dad was here? Wouldn’t it be really cool if he could be with his grandchildren right now and meet this woman that I chose to share my life with? How awesome would that be?

Brown said that he thinks Randall “is going through a similar thing.” Like Brown, Randall also has two children and a lovely wife, but he often thinks about how his father was not a part of that.

2. Randall Discovering the Secret of his ‘False Narrative’ Will be a Major Plot Point in Season One 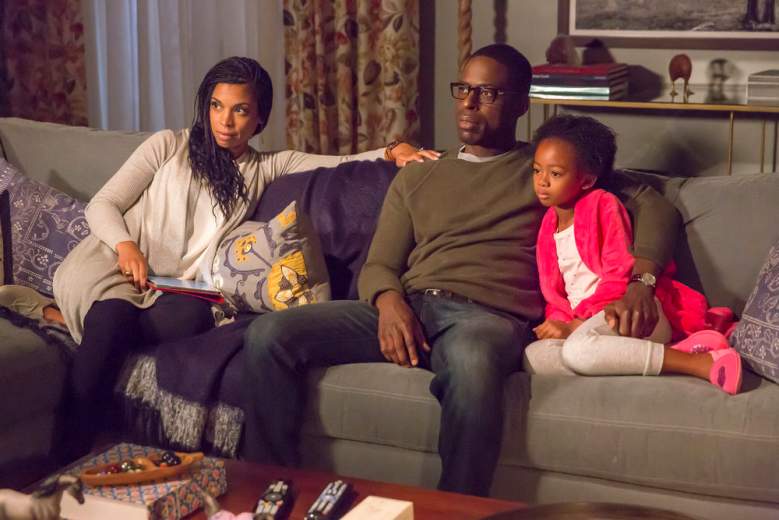 Now that This Is Us has a full, 18-episode order, the This Is Us team can really start thinking big picture. Part of that gives Fogelman and the writers the freedom of drawing out plots, like the revelation in episode three that all Randall has ever known about his father, William (Ron Cephas Jones) has been a lie. He assumed that William abandoned him on the doorstep of a fire house and never wanted to be a part of his life.

In reality, he met Rebecca and the two agreed to let the Pearsons raise Randall with William staying out of his life. William did help Rebecca come up with his son’s own name, replacing “Kyle” with “Randall,” after the poet Dudley Randall. Randall still does not know this truth, but he will likely found out during season one.

“In the first season, there’s a lot of tension, and that moment’s a big moment for us later down the road,” Fogelman told Entertainment Weekly about the moment Randall will find out the truth. “And especially for Randall, who has the closest relationship with his mother in the present day and a close relationship with her as a little boy. [That] one of the defining things of his life has been held from him by her is very complicated.”

This is a secret that not only impacts Randall, but the rest of the family. We don’t know when Rebecca tells Jack (Milo Ventimiglia), but she didn’t tell him the truth after meeting William. Fogelman also revealed to EW that Rebecca and William will meet again down the road.

In “The Game Plan,” we learned that Jack died, which might explain why Randall felt the urge to reach out to his biological father. In “Career Days,” we will see what his relationship with Jack was like as a child. 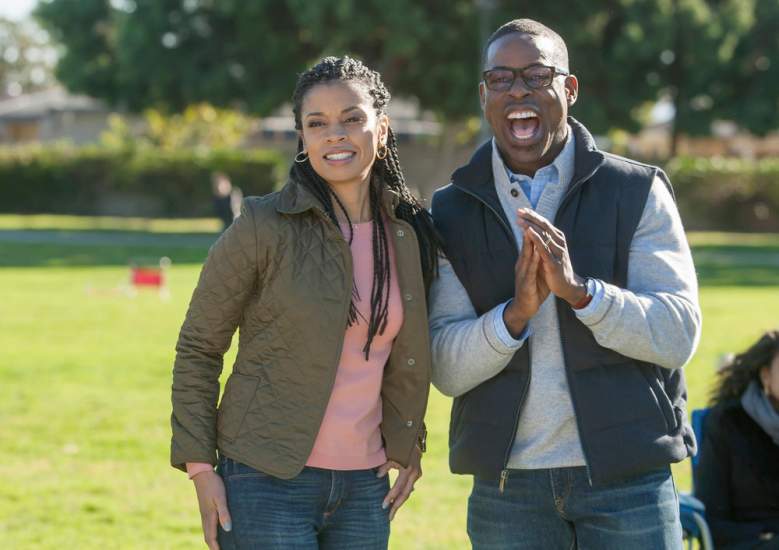 Brown’s career began in 2002 after he earned a Master’s degree in fine arts at NYU’s Tisch School of the Arts. He picked up small roles in movies and TV shows and had a recurring role on Third Watch from 2002 to 2004. In 2005, he got a starring role on the short-lived FX series Starved.

After a recurring part on Supernatural, he finally found a role that lasted. He played Roland Burton on Lifetime’s Army Wives, which lasted from 2007 to 2013. That was followed by a recurring role on Person of Interest. All of that hard work has paid off in 2016.

“I just try to enjoy the moment because I know how long it’s taken to get to this moment and I know how fleeting it all can be,” Brown told CNN. “But when you look at the totality of the journey, I’ve been blessed each and every step of the way.”

Other recent credits for Brown include Whiskey Tango Foxtrot with Tina Fey, The Suspect and appearances on Criminal Minds, Castle, Masters of Sex and NCIS.

4. ‘This Is Us’ Will Show How Randall is ‘Devoid’ & Disconnected From Black Culture 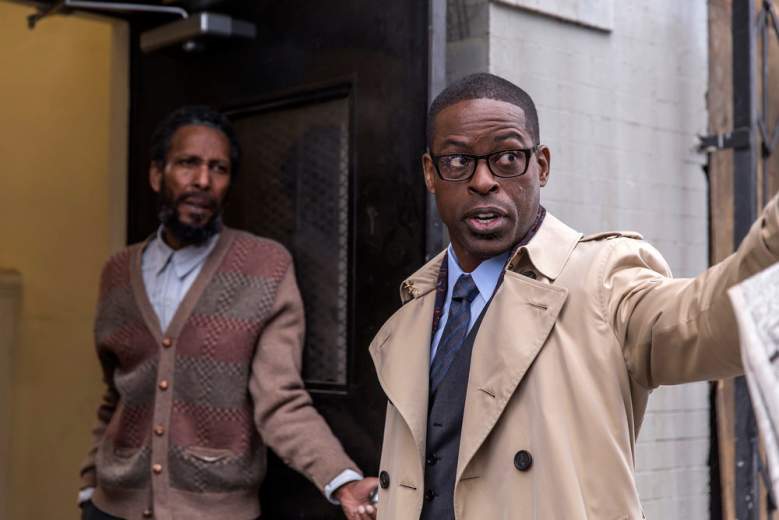 One of the themes for Brown’s character Randall is his lack of connection to black culture. We see that he lives outside New York City and seemed out of place when he met his father in the pilot.

This Is Us “can’t help but be about race and socioeconomics,” Brown told the Hollywood Reporter before the show started. He added that his character is “devoid of his culture…something we will focus on throughout the course of the show.”

Brown’s other 2016 series also dealt with race, of course. In The People vs. O.J. Simpson, he played Christopher Darden, the prosecutor who worked with Marcia Clark and who was seen as a betrayer of the black community. Brown won the Emmy for Outstanding Supporting Actor in a Limited Series/Movie for the role.

“Interestingly enough, I feel what the show was able to accomplish in a really masterful way is that White America could look back on the show and the documentary and say, ‘We understand why Black people were effusive at the acquittal of O.J. Simpson,'” Brown told Ebony about The People v. O.J.. “And, just as important I believe, is Black America can look back at the show and say, ‘Wow, I think I now understand why a lot of white people were appalled at the acquittal of O.J. Simpson.'”

5. Brown Knew That He Needed to be a Versatile Actor in Stage, Screen & Television to be Successful 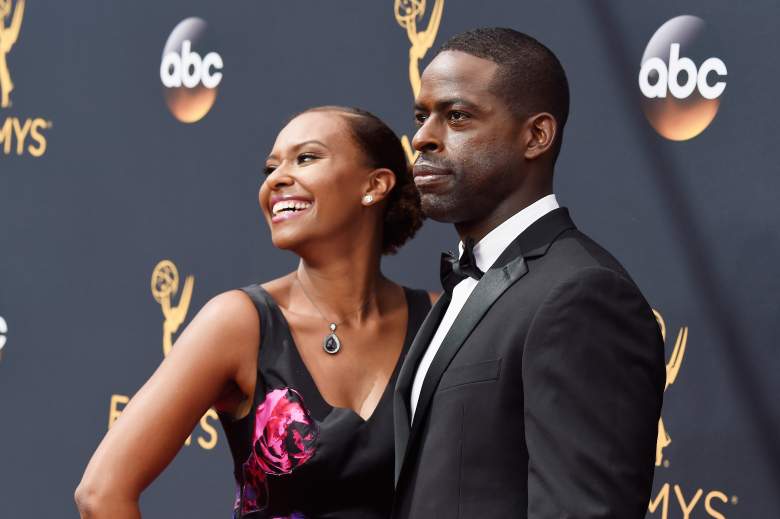 When Brown was getting his Mater’s at NYU, he understood early on that he couldn’t just focus on stage acting, unless he tried to make it big on Broadway. So, he knew he would have to take jobs in movies and television. In an interview with Forbes, he said that theater and television each have their advantages.

The beauty of theater is that you get to live the character from beginning to end without stopping. The natural momentum of the story propels you through in such a way that feels organic. With the camera, there is a lot of stopping and starting, but you have as many takes as the director deems necessary. So the opportunity to get it ‘right’ is prevalent. So, it’s one shot in theater, and you get multiple shots in front of the camera.

Brown said he will never stop doing theater because “it’s a more physical and athletic activity.”

Of course, the real struggle is scheduling theater gigs around television and movies.

“Planning a vacation is not always the easiest thing to do,” Brown said. “You look for those pockets of time, usually during the holidays, where nothing is scheduled, and you can get off and have a relaxing time with your family.”

Brown is married to Ryan Michelle Bathe, who also works as an actress and appeared on Boston Legal.