For those of you who are big followers of E! News, we have all the info on how to watch the E! Red Carpet coverage of the American Music Awards, the schedule rundown of E!’s AMAs footage and Fashion Police details as well. Check it all out below.

6 – 8 p.m. ET: E!’s Live From the Red Carpet: The 2016 American Music Awards with Jason Kennedy and Tinashe as the red carpet reporters and hosts. There will also be pre-show coverage, interviews and additional footage available on EOnline. Tinashe is not only hosting for E!, she is performing the song “Slumber Party” tonight with Britney Spears. Check out all of tonight’s AMAs performers in the below link:

12 p.m. ET/9 a.m. PT: “Live From E!” airs on Facebook Live, the E! News app, and www.eonline.com with Will Marfuggi, Ken Baker and Melanie Bromley giving a recap and review on the AMAs and latest celebrity news.
7 p.m. and 11 p.m. ET/PT: On E! News, Jason Kennedy and Maria Menounos will go over the most recent celebrity news in addition to footage from the AMAs.
8 p.m. ET/PT: Fashion Police: The 2016 American Music Awards airs their take on the fashions of the AMAs this year. The cast consists of Melissa Rivers, Giuliana Rancic, Brad Goreski, Nene Leakes and Margaret Cho. Teyana Taylor will be a special guest on the episode.

The 2016 AMAs air tonight at 8 p.m. ET/5 p.m. PT on ABC. Use the hashtag #ERedCarpet for all the network’s best coverage tonight on Twitter, Facebook and Instagram.

Read more about Lady Gaga, one of the AMAs’ big performers, in Spanish at AhoraMismo.com: 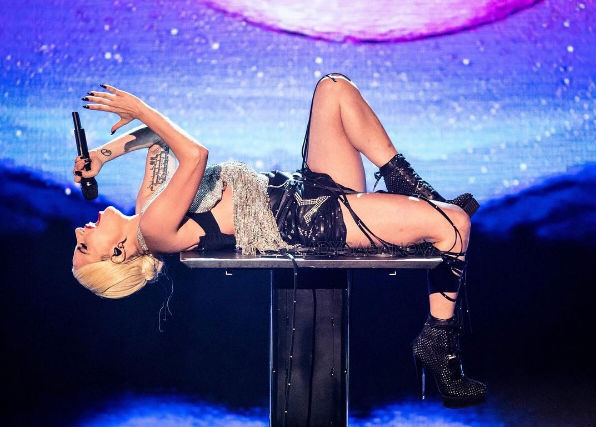