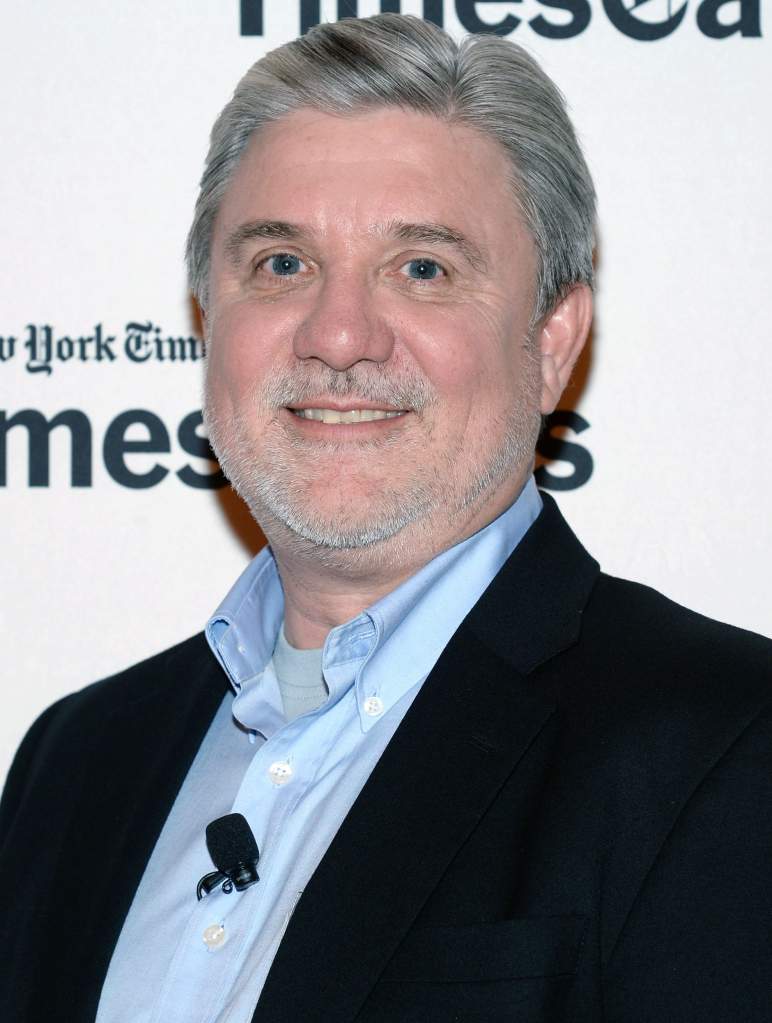 Activist Mike Rinder attends TimesTalks Presents An Evening With “Going Clear: Scientology and the Prison of Belief” at The Times Center on March 2, 2015 in New York City. (Photo by Ben Gabbe/Getty Images)

Mike Rinder is a former international spokesperson for the Church of Scientology, and will co-star in A&E’s eight-part docuseries, Leah Remini: Scientology and the Aftermath. In the show, Remini attempts to expose the inner workings of the Church of Scientology and discredit the religion. During her crusade, she appeals to Rinder, who was a member of the church for 46 years before leaving and becoming one of its main critics.

Read on to learn more about Mike Rinder.

1. He Was Raised as a Scientologist From the Age of 6 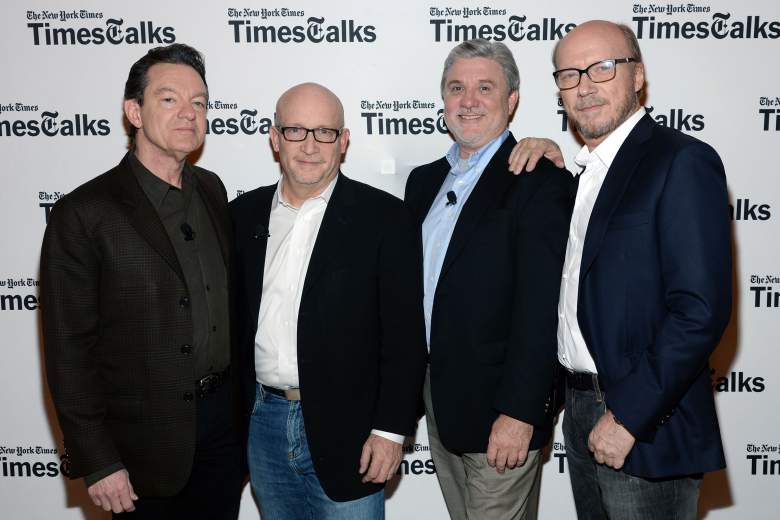 Mike Rinder was born in Adelaide in 1955, to Ian and Barbara Rinder. His parents became members of the church in the 1960s, after listening to lectures by L. Ron Hubbard, who had left behind a following there and in Melbourne. In his blog, Rinder says that he was raised as a scientologist from the age of 6, and by 15, he had traveled twice from Australia to Hubbard’s home.

The Daily Herald writes, “Mike Rinder had spent virtually all of his life in the Church of Scientology… Everyone he knew was a Scientologist, including his wife, his two children, his mother, his brother and his sister.” Rinder remembers being audited for the first time in his teens, according to the Village Voice. He joined Sea Org at 18, after graduating high school, and turned down a full scholarship to the University of Adelaide to do so.

2. He Says He Was Attacked by David Miscavige

In his 2009 interview with the Tampa Bay Times, Rinder says he endured beatings and other punishments as a member of the Church. “Yager was like a punching bag. So was I… It was random and whimsical. It could be the look on your face. Or not answering a question quickly. But it always was a punishment.” Former Scientology Executive Marty Rathbun added on that he saw Rinder “get beat up at least a dozen times… some of them were pretty gruesome.”

Though Rinder has been criticized for being a hypocrite (in 1998, he told ABC News that there “isn’t a person on this earth that couldn’t benefit from the teachings of Scientology”), many former senior Scientologists have corroborated his claims of Miscavige’s violent tendencies. Amy Scobee, a Church executive who helped expand the church to celebrities, says she witnessed Miscavige attack Rinder firsthand. “David came right behind him, just out of the blue … and grabbed him … around the neck, and was throttling, squeezing hard to the point where David’s face was shaking, and arms were shaking that he was squeezing so hard.”

3. He Has No Contact With His Two Adult Children

Rinder has a daughter (Taryn) and son (Benjamin) with his ex-wife Cathy, who are still active members of the Church today. In his blog, he writes that his children and wife have disconnected from him, along with his brother, sister, and other members of his family. “My father (an “OT VIII”) was deceased long before I left the SO. My mother (also an OT VIII) disconnected from me, and I was told by others (not my family) that she had passed on in late 2013.” In an open letter to his family, Rinder writes, “I do understand the position you are in and what you are required to do, and I bear you no ill will. In fact, Andrew and Taryn, as you will recall, I told you from the outset, and repeated a number of times, that I would happily talk to you without the screaming audience present.”

In HBO’s documentary, Going Clear: Scientology and the Prison of Belief, Rinder says his decision to part ways with the Church was especially difficult knowing he would be forced to disconnect from his family. After leaving, he told NPR, “…I attempted to reach out to [my wife], and she simply wrote back in rather colorful language and said, ‘No thank you, the divorce papers will be filed.’ And my son and daughter, they both also disconnected from me, as did my brother and my sister and my mother and all of my nieces and nephews.”

These days, Rinder lives in Palm Harbor, Florida, with his wife, Christie King Collbran. They have one son together, Jack, born in 2012.

4. The Church of Scientology Says Rinder Is Not a Credible Source Concerning Scientology 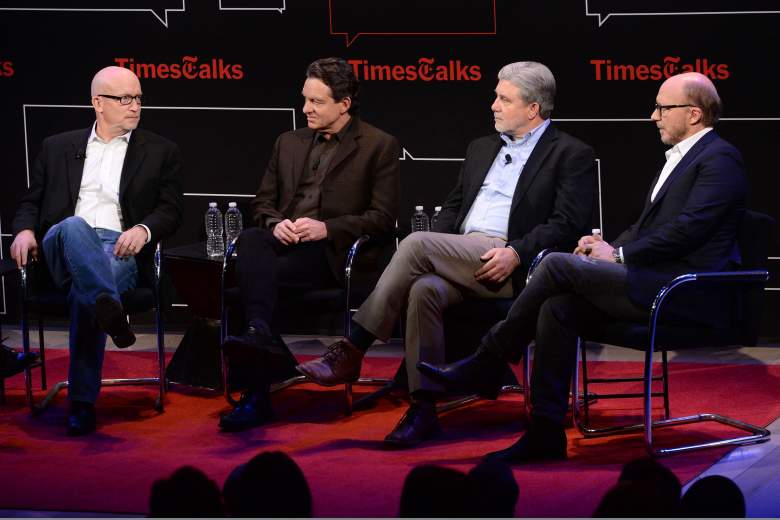 After Rinder’s claims of beatings by Miscavige surfaced, CBC says they reached out to the Church of Scientology for comment, and were told that he was a “known liar” and “rabid anti-Scientologist who was removed in disgrace” from the Church.

The Church of Scientology has also had negative things to say about A&E’s new docuseries. According to the Hollywood Reporter, the network has received threatening letters from the Church, in which they firmly object the series. When the outlet asked Remini how close A&E came to pulling the plug on the show because of the Church’s response, she said she wasn’t personally aware if they were ever going to do so, but that the network was fully committed to the series once they saw the footage and stories.

Rinder left the Church in 2007, after becoming disillusioned with its environment and practices. He writes, “In theory, Scientology is intended to wake one up and make you happier and more able to communicate with the world around you. In practice within the church it accomplishes the polar opposite.”

According to the Tampa Bay Times, Rinder first spoke out about his experiences in an attempt to expose David Miscavige. “I don’t want people to continue to be hurt and tricked and lied to… I was unsuccessful in changing anything through my own lack of courage when I was inside the church…” He believes that the philosophy of Scientology differs from its practices, and admits he is doing all he can to put an end to the abuses in the Church. “There is much in the subject of Scientology that is harmless and makes sense to people. But there are also many things, especially in the ‘administrative technology’ that are troubling if not harmful.” 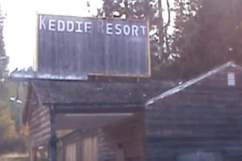 The Keddie Cabin Murders: 5 Fast Facts You Need to Know

Read More
Religion, Scientology, Tom Cruise
Mike Rinder is a former international spokesperson for the Church of Scientology, and will appear in the new A&E docuseries Leah Remini: Scientology and the Aftermath.