Tonight, How to Get Away With Murder returns for its winter premiere, and the second half of Season 3 is gearing up to be an interesting one. In the dramatic fall finale, Annalise’s house was burned to the ground with a dead Wes and pregnant Laurel. Annalise was arrested, and taken away to the slammer, sending waves of shock through the lives of everyone around her. The remainder of Season 3 will be driven by two very important questions: who stared the fire, and who killed Wes?

EPISODE SYNOPSIS: Annalise sits in jail as the DA’s office compiles evidence against her. Meanwhile, the police try to figure out how Wes’ body wound up in the house fire; and the remainder of the Keating 5 mourn the loss of one of their own 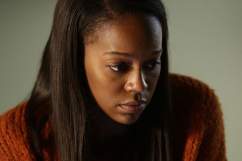