When it comes to hip-hop dominance, Drake is in a league of his own. The Canadian rapper has redefined the boundaries of the genre over the last eight years, racking up countless industry records and gaining a reputation as one of the most influential rap artists of all time. Drake’s keen ear for melody and introspective lyrics have also granted him pop appeal like few before him, as crossover hits like “Take Care”, “Hold On, We’re Going Home”, and “Hotline Bling” have shown. The latter song is the bonus track off Drake’s latest album, Views.

Views is a heavy contender at tonight’s Grammy Awards, as it is up for Album of the Year and Best Rap Album. Additionally, Drake is nominated for Best Rap Performance (“Pop Style”), Best Rap/Sung Performance, and Best Rap Song (“Hotline Bling”). So while he may not attend due to a conflicting tour schedule, the man born Aubrey Drake Graham could still be in for a potentially huge night at the Grammys.

Here are 5 fast facts to know about Drake’s album Views.

1. It Is A Love Letter To Toronto

When Drake first announced the album back in 2014, it bore the title Views From the 6. This was in reference to the rapper’s hometown of Toronto, as the number appears in both of the city’s area codes: 416 and 647. While Drake ultimately went with the shortened title Views, the album still carries with it a love for all things Toronto. It’s no coincidence that the artwork finds Drake perched atop the CN Tower— a visual affirmation that he is, without a doubt, the one and only 6 God. “I’ve been really adamant,” the rapper told The Fader in 2015, “about leaving fragments in everything I do that belong strictly to my city.”

References to the city are found all over the album, from street intersections on “Weston Road Flows” to local rapper Hassan Ali (aka Shirt Off Shawty) on the Future-assisted track “Grammys.” Drake recorded specific portions of the album in Toronto with longtime producer Noah “40” Shebib to capture an authentic feel. He explained to Zane Lowe on Beats 1 Radio that Views is meant to signify the passing of the seasons in Toronto, from winter through summer and back again. Check out the full interview with Lowe above.

2. It Was Influenced By Dancehall Music

Rihanna and Drake perform at the BRIT Awards on February 24, 2016 in London, England. (Photo by Ian Gavan/Getty Images)

Over the years, Drake has hinted at his affinity for dancehall music. The music video for his 2010 single “Find Your Love” was shot on location in Jamaica, while his 2015 mixtape If You’re Reading This, It’s Too Late donned a Jamaican cadence, airhorns, Caribbean ad-libs, and a lyrical shoutout from dancehall star Popcaan. Given this influence, it’s no surprise that Views has proven to be Drake’s most sonically varied album to date.

Throughout its 20 tracks, Views leans heavily on the dancehall sound. “One Dance” reworks a track from Nigerian singer Wizkid, “Controlla” utilizes both an outro and a sample from reggae legend Beenie Man, and the previously mentioned Popcaan gets interpolated on the Rihanna duet “Too Good.” The stylistic change has been seen as controversial by many, with some questioning whether Drake is exploiting dancehall culture or simply paying homage. Still, the rapper shown nothing but praise for peers like Popcaan, Mavado (who gets sampled on “9”), and Vybz Kartel, telling Narduwar: “I am into any dancehall, any reggae… I feel like the writing, the melodies and the layering of the music in the genre is incredible.”

3. “One Dance” Is Drake’s First Number One Single

Regardless of backlash, Drake’s new direction has led to fantastic success. The album’s second single “One Dance” debuted at number 21 on the Billboard Hot 100, before climbing to number one in its fifth week and becoming Drake’s first ever chart topper. Previously, the rapper had  peaked at number two with “Hotline Bling” and “Best I Ever Had.” The single was briefly dethroned the following week, but would regain the number one spot for an additional nine weeks.

“One Dance” performed even stronger in the United Kingdom, where it was number one on the UK Singles Chart for 15 consecutive weeks. The streak tied Rihanna’s “Umbrella” record for the longest-lasting number one of the century. As of December 2016, “One Dance” has sold 1.9 million copies in the US and 1.8 million in the UK. The song also marks career highs for both featured artists, Wizkid and Kyla, as the former was awarded by The American Society of Composers, Authors and Publishers (ASCAP) for his songwriting.

4. It Is Dedicated To Megan Flores

After performing a concert in March 2016, Drake and Rihanna linked up with the Make-A-Wish Foundation to meet a young fan who was battling cancer. The fan’s name was Megan Flores, a Miami teenager who considered herself to be Drake’s biggest admirer. Tragically, Flores passed away from progressive metastasized sarcoma on July 10th, leaving the rapper and his fans to mourn her under the loving moniker OVO Megan.

Drake paid tribute to Flores on Instagram, saying: “Rest in peace my angel. I know heaven is celebrating today. Thank you for the moments and emotions we share I am blessed to have known you in this lifetime.” Yet his biggest gesture would come with the release of Views, which was dedicated in her memory. In the album’s liner notes, he writes “This body of work is dedicated to Megan Flores. I pray for your well being every day.”

5. It Spent 13 Weeks Atop The Billboard Charts

Views is Drake’s biggest album to date. It debuted at number one on the Billboard 200 and the UK Album Charts, despite being available only on Apple Music for the first two weeks. It enabled Drake to join Michael Bublé, Adele, and Taylor Swift as the only artists of the decade to have an album remain at number one for six consecutive weeks. In total, Views held this esteemed position on Billboard for 13 non-consecutive weeks.

As impressive as that may seem, it was actually Drake’s streaming numbers that solidified him as the world’s best-selling recording artist of 2016. According to IFPI, Views netted over 245 million streams in its first week, eventually becoming the first album ever to reach a billion streams on Apple Music. As of January 2017, the album has sold 1.61 million copies in the United States. Check out the accompanying short film Please Forgive Me above, with a cameo appearance from Popcaan. 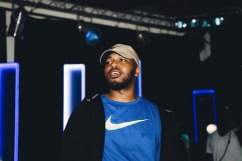