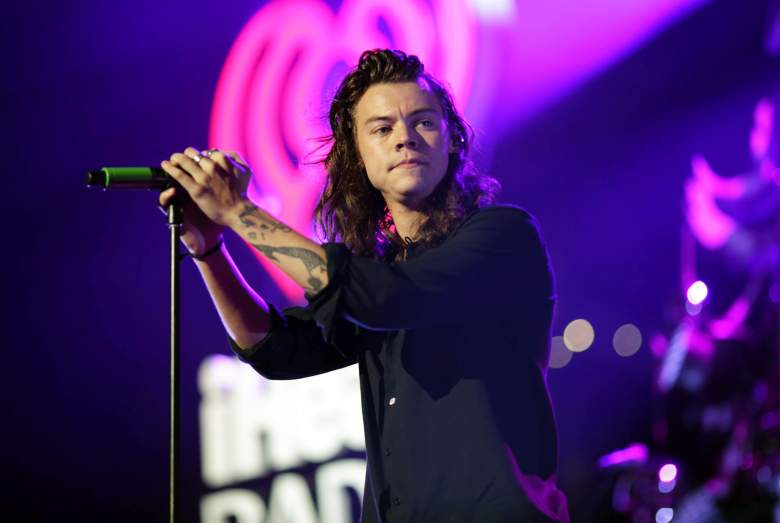 Harry Styles of One Direction. (Getty)

Harry Styles of One Direction allegedly has 62 tattoos, according to PopStarTats.com. That’s the most amount of tattoos on any of the current and former members of the boy band. Zayn Malik is close with 52 tattoos. Of Styles’ many tattoos, he has some questionable ones inked into his skin. In fact, Styles has admitted to having some regrets over a number of these tattoos. He’s even covered a few up.

Congrats on the new #LateLateShow, Harry!

On a 2015 appearance on The Late Late Show with James Corden, One Direction played a game called “tattoo roulette” with the talkshow host. Corden and Niall Horan were quite nervous about the game. Horan is the only member of the boy band without any tattoos and Corden doesn’t have any either. Meanwhile, the other members weren’t too worried. In fact, Styles “lost” the game and had to get a tattoo of the words “Late Late.” He opted for a patch of his arm full of other smaller, random tattoos.

Watch this segment of the show right here:

In another clip from this appearance, the members of One Direction that have tattoos opened up about any regrets when it came to getting inked. You can hear what Styles has to say about his large amount of tattoos and whether he regrets any of them right here:

2. His ‘You Booze You Lose” Tattoo 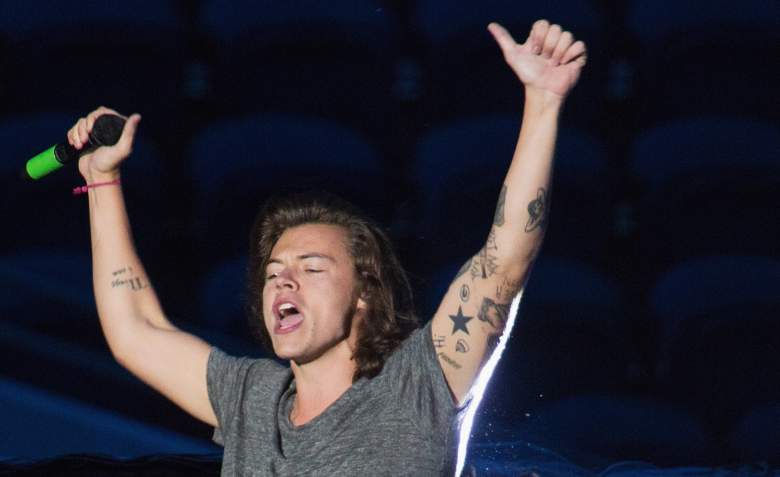 Harry Styles of One Direction. (Getty)

The sentiment is a good one, but boy is that tattoo a bad one. Is it a reminder to himself to cut back on drinking? If so, why’s it so cartoonish? Whether you want to blame it on a bad hangover or just impulse, Styles has a the words “You Booze You Lose” tattooed on his left arm.

Some linked this tattoo to an incident involving Styles vomiting on the side of the LA freeway in 2014. Though Styles has actually commented on this incident, insisting it wasn’t due to drinking, but rather hiking. 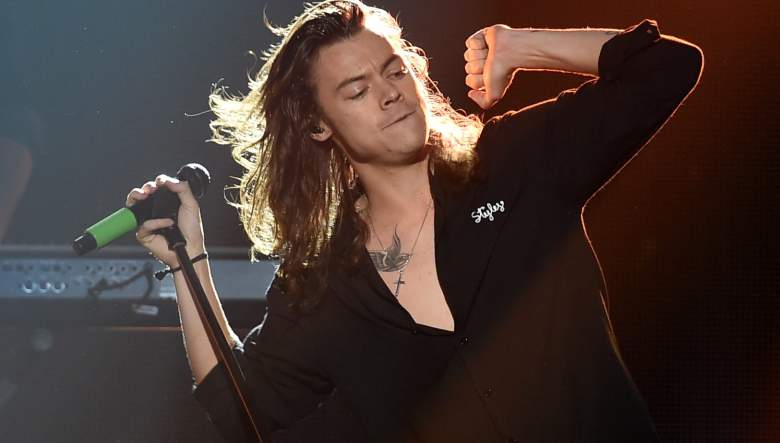 After a slew of smaller tattoos helped Styles get to the high volume of body art, the singer debuted a chest piece featuring two mirrored swallows on either side of his torso – one of which you can see in the photo above. This provides a better look at the tattoos.

Styles has the meaning behind the birds. Speaking to Us Weekly after performing on The X-Factor in November of 2012, he confirmed the news of his chest tattoos. He said that they “symbolize traveling, and we travel a lot. I like that kind of style of tattoos, like the old sailor kind of tattoos.”

According to PopStarTats.com, Styles is right that the swallow is a traditional sailor tattoo. As we’re about to show you, Styles’ biggest tattoos have similar meaning to him.

Just at the peak of his ribcage sits Styles’ large butterfly tattoo. Or is it a moth? That was a real debate that happened when he first debuted the tattoo.

Styles has yet to explain the meaning behind the tattoo, but The Mirror explains that butterflies usually represent free spirits. Just like his sparrow tattoos mentioned above, butterflies also represent travelers. His torso seems to have a theme.

This tattoo stands out so much in fans’ minds that some are still talking about it years later on Twitter. Here are a few of our favorites:

I still don't understand why Harry Styles has a giant butterfly stomach tattoo. 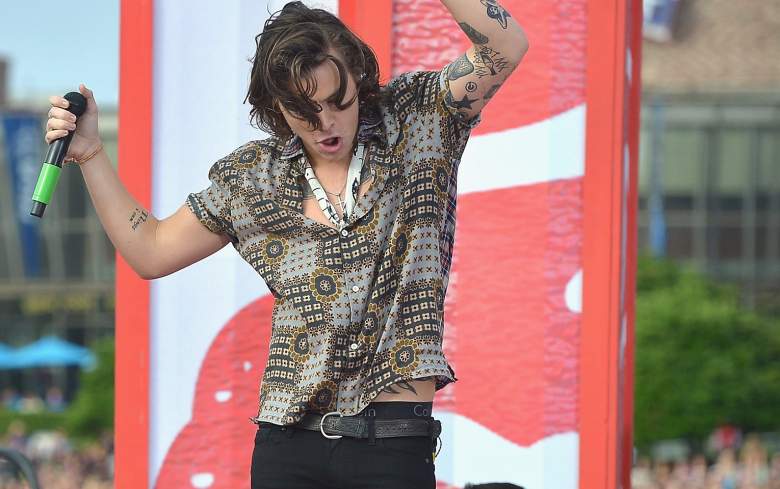 Ferns represent strength and endurance in West African, Celtic, and other cultures. Styles has a few ferns tattooed on his body, two of which are on his hips, right above his pelvis. He debuted the tattoos while on tour in Colombia with One Direction on their 2014 Where We Are tour. Styles threw his arms up during the performance, revealing the new ink.

Styles also has a New Zealand fern tattooed on his left arm. This might be one of his oldest tattoos, but it clearly didn’t satisfy his need for more fern tattoos.

One of these ferns covers up another bad tattoo. Styles used to have a tattoo that read “Might as well…” on his left hip. Thanks to one of the big ferns, it is no longer visible.