Tonight is the 2017 Academy Awards and Jimmy Kimmel is hosting the event. While many are waiting to see who wins Best Pictures, others are more interested in the red carpet moments and A-list fashions. Get the rundown of all the red carpet specials, what time they air, live streaming details and what channels to watch.

6 – 7 p.m. ET: On the Red Carpet at the Oscars on ABC Network is a preview of the Oscars, which includes interviews with some of the presenters and nominees from the event.

7 – 8:30 p.m. ET: Oscars Opening Ceremony: Live From the Red Carpet on ABC Network is hosted by Robin Roberts, Lara Spencer and Michael Strahan. The special is on the red carpet with some of the biggest stars of the night, including interviews with nominees, performers and presenters as they arrive at the event.

If you cannot get to a television, you can also watch the red carpet specials online via live stream. Click here for the ABC live stream info.

5:30 – 7:30 p.m. ET/2:30 – 4:30 p.m. PT: Live From The Red Carpet: The 2017 Academy Awards with Zuri Hall and Ross Mathews on-hand, reporting from the E! Skybox as red carpet hosts Giuliana Rancic and Ryan Seacrest will be right in the middle of the red carpet arrivals. There will also be pre-show coverage, interviews and after-party footage available on EOnline.

7:30 – 8:30 p.m. ET/4:30 – 5:30 p.m. PT: The Red Carpet Rundown: Oscars 2017 airs on E!, featuring a recap of highlights from the red carpet and interviews with some of the biggest stars of the night. Ryan Seacrest and Giuliana Rancic, along with Kris Jenner, This Is Us star Chrissy Metz, and celebrity stylist Jason Bolden will participate in the program. 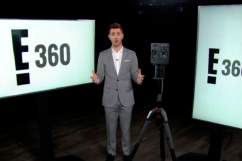 5 to 7 p.m. ET: The PEOPLE & EW Red Carpet Live will air online and will stream live on the free PEOPLE/Entertainment Weekly Network (PEN) app, along with the websites for PEOPLE, EW, InStyle, Essence and Time. You can check out the app to watch the red carpet special via Roku, Amazon Fire TV, Chromecast, Google Play, Apple TV, and iTunes.

7 p.m. ET/4 p.m. PT: “The Oscars: All Access” via Facebook Live will be hosted by Sofia Carson, actor Troy Gentile, and commentators Chris Connelly, Ben Lyons and Adnan Virk. The all-access stream will feature backstage and live “look ins” to the Oscars and it will be available via Oscars.com, the ABC app, ABCNews.com, and Comcast’s X1, Xfinity TV app, and myxfinity.com, beginning at 7 p.m. ET/4 p.m. PT. ABC reports that footage will air from over 20 cameras that line the red carpet, appear backstage and can view the audience.

Read More
Celebrities, Oscars, TV
Tonight is the 2017 Academy Awards and many are interested in the fashions on the Oscars red carpet. Get the details on red carpet show times and live streaming.