Pat Sajak and Lesley Brown have been married since 1989. (Photo by Gregorio Binuya/Getty Images)

Every night, millions of Americans watch Wheel of Fortune and enjoy the fun chemistry between Pat Sajak and Vanna White. While the two might act like a married couple on television, the truth is that they aren’t together in real life. White is currently dating her long-term boyfriend John Donaldson and Sajak has been married to Lesly Brown since 1989.

Sajak and Brown have two children, Patrick Michael James Sajak, 26; and Maggie Marie Sajak, 21. Sajak does have his own Twitter account. As Wheel of Fortune History notes, Brown has appeared on several Wheel episodes, most recently in 2013.

Here’s a look at Brown and Sajak’s family:

1. Lesly Appeared in a Playboy Pictorial Called ‘Women of Washington’ in 1988

According to a 1990 People Magazine report on their wedding, Brown was an aspiring actress when she met Sajak. The two were introduced by a mutual friend at a California sports bar in 1988, the same year she also appeared in a Playboy pictorial called “Women of Washington.”

During that first meeting, they did not feel love at first site. “There was no electricity in the air. The subject of [Brown] didn’t come up in my car ride home,” Sajak told People at the time.

Brown then went back to her home in Maryland, but they kept in touch. The long-distance friendship was turning into a relationship. By the spring of 1989, they realized that they were falling in love. “It was obvious that there was something more going on,” Sajak told the magazine.

Brown’s mother told People that her family didn’t watch much TV, so they got to know Sajak as their future son-in-law, not as a TV personality. “This might be horrible to say, but we don’t watch TV that often, and that is not going to change even if Pat is our son-in-law. We prefer reading and decorating the house,” Maria Brown told People.

Vanna White did attend their wedding. There were between 100 and 150 guests, The Associated Press reported in 1989.

2. Brown Attended the University of Maryland & Was ‘Miss Georgetown’ 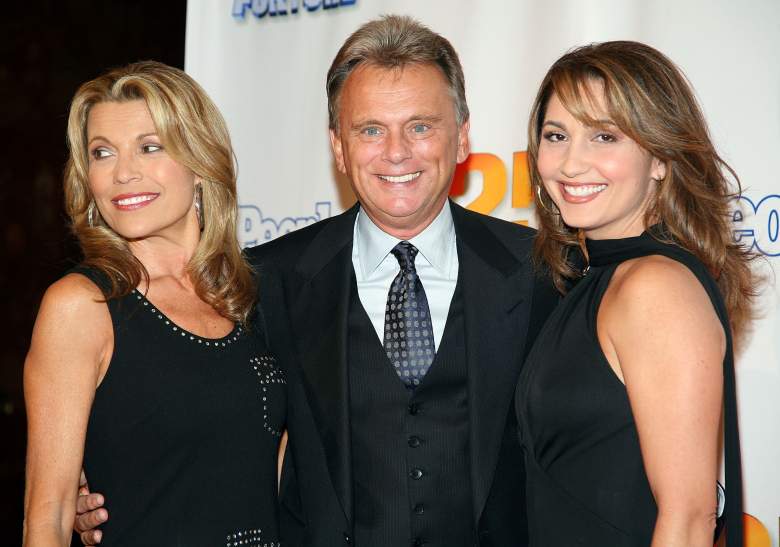 Pat Sajak and the two women in his life: Vanna White and Lesly Brown. (Getty)

After their wedding, The Washington Post reported that they bought a $1.28 million home in Severna Park, near Annapolis, Marlyand.

Brown graduated from the University of Maryland and is a former Miss Georgetown. She told People Magazine that she had given up modeling to study law. She earned her degree in television production.

3. Their Daughter Maggie is an Aspiring Country Singer & Released 3 Singles

Their 21-year-old daughter is Maggie Sajak, who has released three singles. According to the bio on her website, she’s been playing guitar since she was 12 years old and also plays piano, mandolin and ukulele. Her song “First Kiss” was once featured in a CMT show.

Maggie has an Instagram page, and you can follow her at maggiesajak. Occasionally, her parents will make cameos in her photos.

Their son, Patrick Michael James Sajak, was born in September 1990. He did have a Twitter account, but it hasn’t been used since 2011. In his bio, he wrote:

I was raised in Los Angeles and yes I am the son of Pat Sajak host of The Wheel of Fortune. Who I really am though is a comedian. I am able to bring the funny.

Sajak and his son are also Washington Capitals fans. 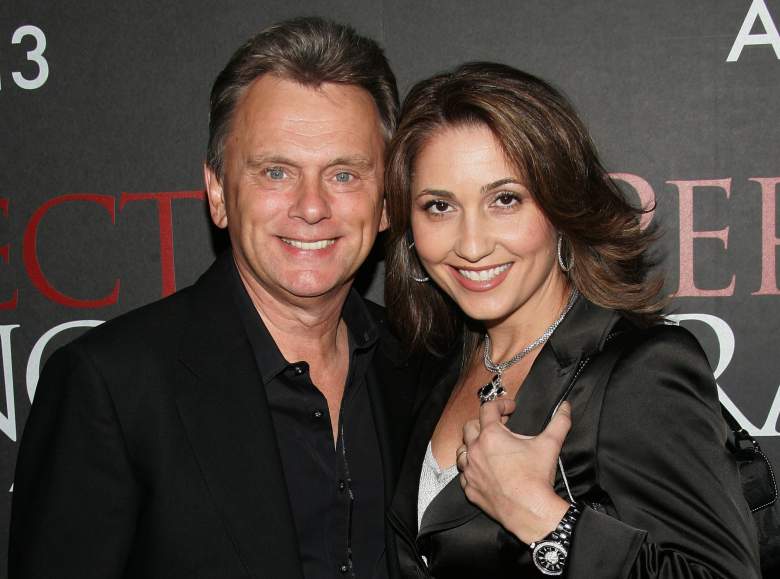 When Sajak isn’t filming Wheel of Fortune in Los Angeles, he and Brown live in her native Maryland. The two have a home in Severna Park, Maryland.

Celebrity Net Worth estimates that Sajak is paid $12 million a year and has an estimated net worth of $45 million. Sajak and White have been hosting the syndicated Wheel since 1983, and Sajak previously hosted the now-cancelled daytime edition. The first time he hosted the daytime Wheel was in 1981 and continued to do so until 1989.