Alexander Hamilpup won't throw away his shot at #PuppyBowl stardom. Get to know the pup before Sunday's game. https://t.co/eDBrdpkfjb #promo pic.twitter.com/PNCd1Dj2rQ

The Animal Planet Puppy Bowl XIII airs at 3 p.m. EST on February 5. But if you don’t have cable, here’s how to watch the adorable game of puppies playing.

The “game” begins on February 7 at 3 p.m., far in advance of kick off for the actual Super Bowl, which starts at 6:30. It can be streamed live right now with Animal Planet Go. Click here. You will need your TV provider to log-in.

The first Puppy Bowl aired on February 6, 2005, opposite Super Bowl XXXIX (39). All the puppies featured in Puppy Bowls are from shelters and available for adoption, according to The Wall Street Journal. However, the Puppy Bowl is taped months in advance. USA Today reports that this year’s Puppy Bowl was filmed in Manhattan in October. But the pups aren’t just New York-based. The Courier-Journal reports that “all of the 78 plus animals involved in Puppy Bowl XIII represent shelters across the U.S. and Puerto Rico.”

To learn how to adopt a pet from the Puppy Bowl, click here. 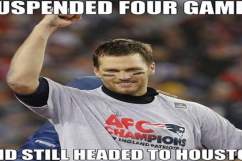 New England Patriots Super Bowl LI: All the Memes You Need to See 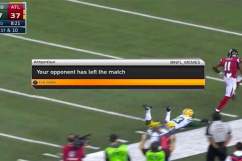 Atlanta Falcons Super Bowl LI: All the Memes You Need to See