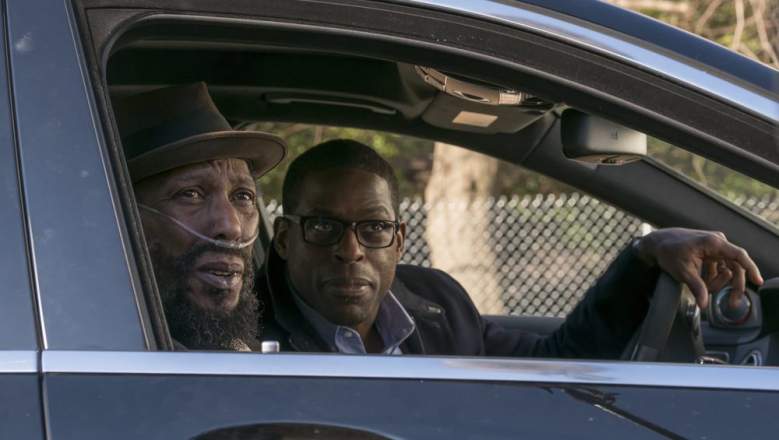 With just three episodes left in the first season of NBC’s This Is Us, there’s still so much to learn about the pasts and futures of every member of the Pearson family. This week’s episode, “Memphis,” centered on the life of William, Randall’s biological father.

“Jack Pearson’s Son” was an emotional 45 minutes, bringing us closer to the end of Jack and Rebecca‘s marriage and, sadly, closer to the end of William‘s life. The previous episode of This Is Us also showed Toby and Kate putting the breaks on their fast-moving relationship, deciding to push their wedding farther into the future. Kevin also sacrificed the opening of his play to help his brother.

In “Memphis,” Randall, who needed Kevin’s help to recover from an anxiety attack, heads to the Home of the Blues with William to learn about his past. You need tissues for this one.

Here’s a look at the action in “Memphis.” 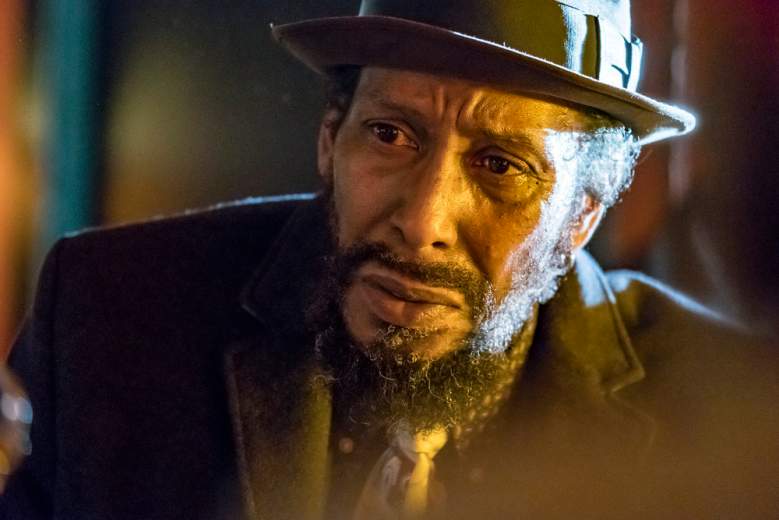 “Memphis” starts in the past – the very distant past. It’s a few brief moments with William’s parents in Memphis. We learn that his father served in the military and died just after he was born. “We’re going to be OK, William,” his mother says.

In the past, William, now a young man, tells his mother that she shouldn’t drop everything to care for his grandmother in Pittsburgh. (This explains what William’s connection is to Pittsburgh.) William offers to come, but his mother tells him that it’s his turn to spread his wings and break out on his own. He has his art and music to work on and so many bright futures ahead for himself. She also warns him not to follow the lead of a “charmer cousin.” His mother finally gets on a train to Pittsburgh. William turns and looks away.

William, now living on his own, is waiting for a letter from his mother. We learn from the letter that his grandmother died and he crushed that he couldn’t go to the funeral. His mother also warns her not to be so hard on himself, a trait Randall has inherited. Voice-overs from other letters reveal that William’s mother is staying in Pittsburgh much longer than she thought, even getting a job there. In Memphis, William doesn’t seem to mind, since his band is successful.

Atlanta‘s Brian Tyree Henry makes his This Is Us debut here as Ricky, the cousin William’s mother warned him about. He’s a womanizer who always teases William. He shows his cousin a song he wrote, and the group practices the song. Ricky sings the song, which is clearly about his mother. “You officially ended our days as a cover band,” he tells William.

The next night, they perform the song before an audience at a bar. As the song develops, we see the group performing before bigger and bigger crowds as time passes.

After the performance, Ricky asks him to join the band for some partying. He refuses and he’s told his mother is on the phone. It’s not good news.

Ricky tells him that it’s OK if he has to go to Pittsburgh to take care of his mother. “I won’t be gone long. My mother’s a tank,” William says. He vows to have 16 new songs written by the time he returns.

“You really got a gift,” his cousin tells him. “No more looking away. You see something you want, you don’t look away. You go get it.”

William arrives at his mother’s apartment. “I told you not to come,” she says. She explains that she is sicker than she told him on the phone. She insists that he doesn’t get stuck in Pittsburgh and goes back to Memphis. Then, she wants to hear about his successes later that day. She tells him to go explore Pittsburgh on a bus. As “Blues Run The Game” plays, we see the moment William met Randall’s mother, Laura. Their relationship was much stronger than William ever told Rebecca. 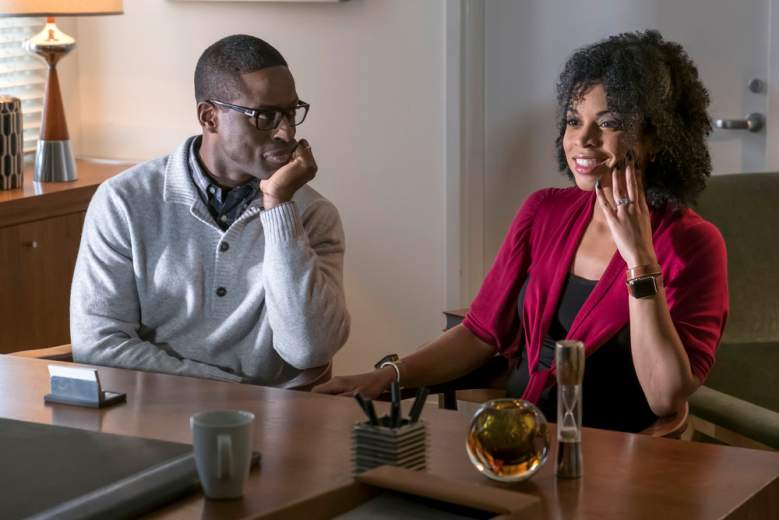 After the brief moment in his past, we see William sitting in the hospital waiting room, while Beth and Randall meet with Dr. Lee. It turns out that Randall was in the hospital after his nervous breakdown. Beth is not happy with the idea of Randall taking William to Memphis, just five days after leaving the hospital. “Well, you two sure are adorable,” Dr. Lee says after their argument.

Randall says that he’s doing much better and wants his doctor’s approval before going to Memphis. As they leave the hospital, he gives William a fist-bump, so clearly they’re heading out. While Randall gets packed for the trip, William says goodbye to his granddaughters. As Randall gets in the car, Beth tells him to drive safely.

On the road, Randall tells William that they are going to drive to Memphis “old-school,” without any GPS. William is going to be Randall’s navigator. At least that’s what Randall thinks, until William tosses the maps out the window!

After the title, we see William singing “You Are My Sunshine” to himself. Randall nods.

Later, William remembers his uncle working at a segregated hotel and wishes Randall could have met him. But the subject turns to Randall’s health. “Is it OK to call it a breakdown?” William asks. “You choose,” Randall says after listing all the names for it. William is surprised to learn that Randall has his faults.

Randall recalls how important Jack was to him. He would help him relax when he put too much pressure on himself to perform. Jack would put his hands on Randall’s face and say, “Breathe with me.” They would sit there, breathing together, “until it passed.”

“Larger than life, I guess,” Randall says with a laugh. “He had this really great laugh. When he laughed, it almost surprised him. Like it surprised him that he could laugh so freely.”

Randall explains that Kate has Jack’s ashes, but they spread some over his favorite tree, which they consider his official burial site. William requests that he be taken to the tree to pay his respects, even if it is far off the road to Memphis. Randall reluctantly agrees. “Take me to meet your father,” William says. 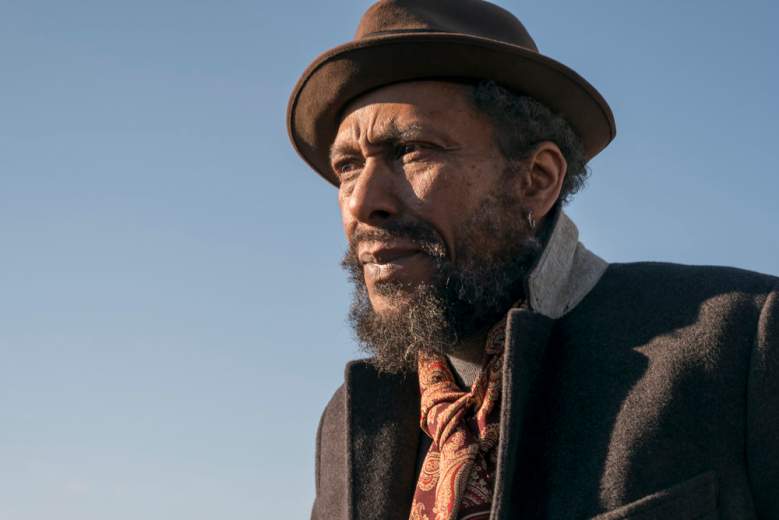 William tells Randall to pay his respects to Jack before they go back on the road.

After a commercial, Randall and William are waking up in a motel. Randall is making his bed for some reason, and William needs help getting out of bed. “You ready to go back to Memphis?” Randall asks as William sits up.

They finally arrive in Memphis, with William remembering the best moments of his childhood. He knows exactly where they have to go first. He directs Randall to his childhood home. They sit for a moment and William realizes that one of the doors has been filled in with bricks. He remains focused on it. Randall tries to break up the moment by admitting that he had a little Afro. He got rid of it when he made partner at his firm. When he came home, Beth broke out into laughter.

“It wasn’t that she didn’t recognize me. It just took her a second to look beyond the brick door, is all,” Randall says.

William insists that they go inside, even though people live there. Randall knocks on the door and the couple let them in. William removes a brick from the fireplace, only to find his old treasure still locked in the hole – a toy truck and three quarters. They’re still there. “Isn’t that something? Isn’t it strange how the world sticks and moves like that?” William says as he leaves.

Next up, William takes Randall on a tour of Memphis. They even visit a high school where the segregated water fountains are kept. Randall takes a sip from the ‘whites only’ fountain and invites William to do the same.

William takes Randall to the same bar where he told Ricky he would return to Memphis with a notebook full of songs. Ricky now owns the club and doesn’t want to see William, who he blames for his lack of success. William never returned to Memphis. He tells Ricky that he really did want to come back.

Ricky is not happy to see him. “What the hell happened to you, cuz?” 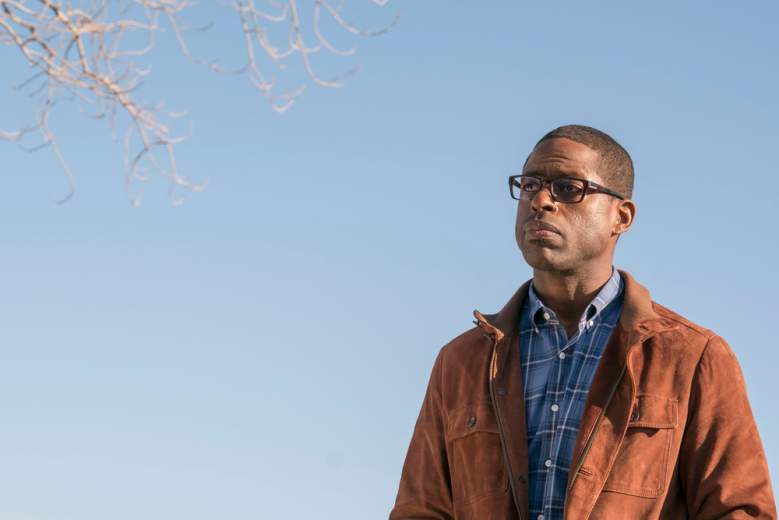 “I was ashamed of what I had become,” William tells Ricky. Now that he’s dying, he needed to apologize to Ricky. After doing so, he gets up to leave. As he does so, Ricky asks, “Are you too sick to play?”

As the two jam on stage, a drunk Randall gets to meet 12 cousins. Beth then calls and tells her he wishes she was there with him. “You sound good,” Beth tells him. “I feel good,” he replies. 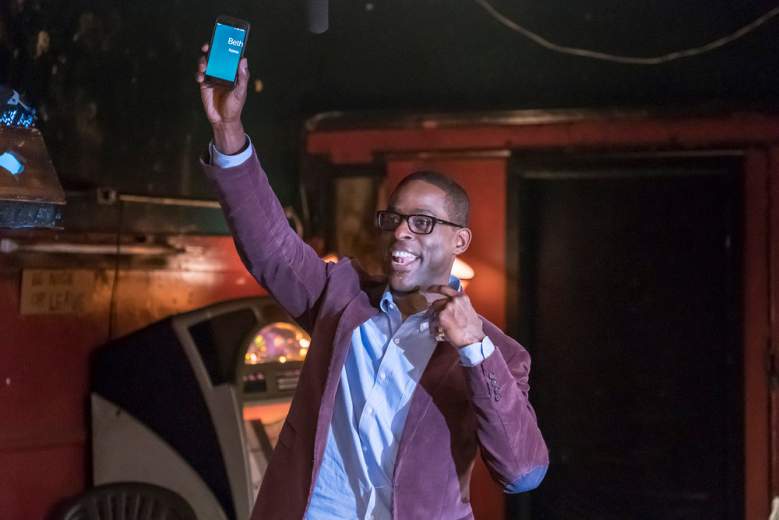 While William is playing on stage, we cut to William’s mother singing “You Are My Sunshine” to him as a baby. Then, Randall is making a bed in their hotel. Randall is excited for the day and rushes over to William’s room. His father is not doing well. He calls 911 to get him to a hospital.

The doctor at the hospital tells Randall that his father could not possibly go back to New York. Even though he was smiling and playing onstage just the night before, he now has just hours to live. Randall just can’t process the news. “Your father is not leaving this hospital,” the doctor says. Randall starts blocking out all the questions from the doctor.

Randall sits at William’s bedside. William wakes up. “I spoke with the doctor. You knew you weren’t coming home,” Randall says.

William nods. He takes off his mask and tells Randall he has something for him in his bag. It’s a manuscript for Poems For My Son. Randall offers to have Beth take the girls to Memphis, but William refuses. He said goodbye to them before they left. “I want them to remember looking up at me, not down. Up.”

“Roll all your windows down, Randall. Crank up the music. Grow out that ‘fro. Let someone else make your bed,” William says.

“Then you make it. You deserve it. You deserve the beautiful life you’ve made,” William says. “You deserve everything, Randall. My beautiful boy. My son. I haven’t had a happy life. Bad breaks. Bad choices. A life of almosts and could haves. Some would call it sad, but I don’t. Because the two best things in my life were the person at the very beginning and the person at the very end. And that’s a pretty good thing to be able to say, I think.”

In his last moments, William says he’s a little scared. “You’re OK, dad,” Randall says. He then holds his father’s head in his hands, just like Jack did for him and tells him to breathe. “There you go,” Randall says.

William takes his last breaths and a flood of memories are shown from his childhood to the moments he spent with Randall’s family. In the last scene, William meets his mother as Randall drives back home by himself. He stops in the middle of the highway as the ducks he had hoped to see with his father pass his car.

Randall cranks up the music and rolls down the windows before the episode ends. What continues to be remarkable about this show is that even though we know certain things will happen – like the deaths of William and Jack – they still break our hearts when we finally see them.

The next episode of This Is Us is called “What Now?” and airs on March 7. The episode description reads: “The entire family gather at Randall’s for an unusual party; Kevin and Sophie’s relationship deepens; Tensions are high between Jack and Rebecca when she leaves for her band tour.” 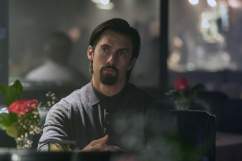