You are ALWAYS welcome at #DWTS, @chriskattanofficial! Your character is EVERYTHING. #TeamMangoTango

Tonight was the first elimination from season 24 of Dancing With the Stars, with a special results show airing on ABC. Throughout the episode, behind-the-scenes footage of each couple’s performances were shown, along with live routines delivered by each of the contestants, opposite their pro partners. So, which contestant was sent home first this season? The contestant eliminated was … Chris Kattan.

The first couple announced as being in jeopardy tonight was Chris Kattan and Witney Carson, followed by Charo and Keo Motsepe. No other couples were revealed to be in the bottom of the votes tonight.

Last week was the premiere of the new season and Chris Kattan received the lowest scores of the night, as well as the harshest criticism. He suffers from a major neck injury, which makes it difficult for him to dance. And, on tonight’s episode, he revealed a scary x-ray of his back. He also teared up, revealing that he’s unable to perform the physical comedy that he’s known for because of his injuries.

On tonight’s show, Kattan received rave reviews from the judges, who were unaware of his severe injuries. Upon hearing that he was going home, Kattan said that he wished his injuries had been noted prior to or on the premiere.

However, he also made sure to praise his partner Witney Carson, calling her an inspiration. 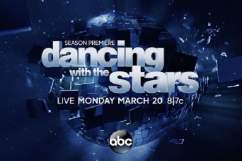 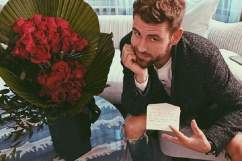