She can sing, dance, and will now be adding another acting credit to her resume, too. That’s right– tonight, Rihanna will kick off her run as Marion Crane on Bates Motel.

Read on to learn how she booked the gig, what producers thought of her work, and what it meant to be a part of what Rihanna has admitted is her favorite show.

1. Marion Crane Was Part of the ‘Psycho’ Films

Psycho (1960) – Marion Drives AwayIn this clip from Alfred Hitchcock's Psycho (1960), Marion Crane is running away from the demons of her past, only to end up at an infamous motel… The scaring each other channel is dedicated to hosting the film clips that are posted on our horror film blog site, scaringeachother.wordpress.com. It's a site dedicated to reviewing…2011-06-23T04:09:05.000Z

Marion Crane was created by Robert Bloch for his 1959 novel, Psycho. The character then appeared in Alfred Hitchcock’s 1960 film of the same name, and Crane was played by actress Janet Leigh. Her famous “shower scene” is regarded as one of the most iconic scenes in the film.

In the book, Marion Crane is dating a man named Sam Loomis who is too in debt to marry her. When a customer visits her at her job and gives her $40,000 to put in the bank for him, Marion runs away with the cash, intending to use it to pay off Sam’s debt. On the way to find Sam, Marion is pulled over by a police officer who checks her license plate, and subsequently decides to trade her car in for a new one. She then checks into the Bates Hotel, where she meets Norman, who then invites her to dinner.

2. Rihanna’s Character Will Be Part of a Two-Episode Arc 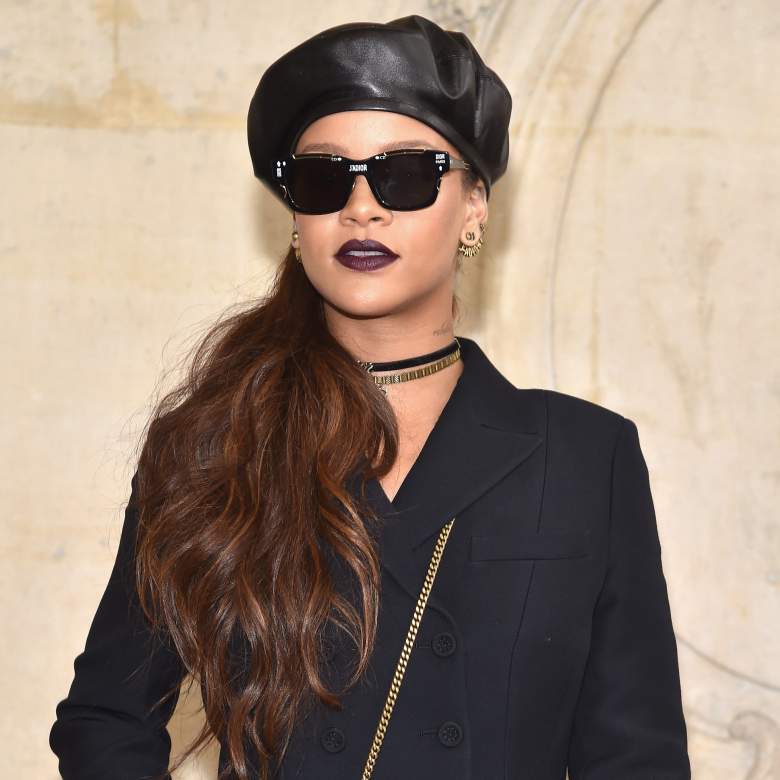 Tonight kicks off a two-episode character arc for Rihanna’s Marion Crane. Yahoo writes, “[Rihanna]… plays a Marion Crane who is a modern version of the character, one who fits perfectly, and specifically, into Norman Bates’s ever more rapid descent into madness — and one who was customized for Rihanna’s casting.” Her storyline, according to the outlet, will not be the same as Leigh’s was in the film.

Showrunner Kerry Ehrin recently told Yahoo, “I think what we tried to do was bring full Psycho into Bates Motel, as opposed to dropping Bates Motel into Psycho. I think that was the challenge of [the Marion Crane arc], and also the fun of it, honestly.”

3. This Is Not Rihanna’s First Acting Gig

Battleship (2012) – Rihanna Interview – HD MovieWatch all BATTLESHIP movieclips: bit.ly/Kp36lM Subscribe to TRAILERS: bit.ly/sxaw6h Subscribe to COMING SOON: bit.ly/H2vZUn Like us on FACEBOOK: goo.gl/dHs73 Follow us on TWITTER: bit.ly/1ghOWmt Battleship (2012) – Rihanna Interview – HD Movie Peter Berg (Hancock) produces and directs Battleship, an epic action-adventure that unfolds across the seas, in the skies and over land as our…2012-05-08T00:10:52.000Z

This is definitely not Rihanna’s first rodeo. She made her on-screen debut in Peter Berg’s Battleship and also voiced the character of Tip in Home. Speaking about what it was like working with Rihanna, executive producer Carlton Cuse said, “She has enormous charisma. I think it’s no accident that any number of singers have successfully transitioned into acting. Among my personal favorites are Barbara Streisand and Frank Sinatra.”

Cuse will be making a cameo himself this season– he’ll play a cop who meets Marion.

4. She Was Cast After Showrunners Read That ‘Bates Motel’ Was Her Favorite Show 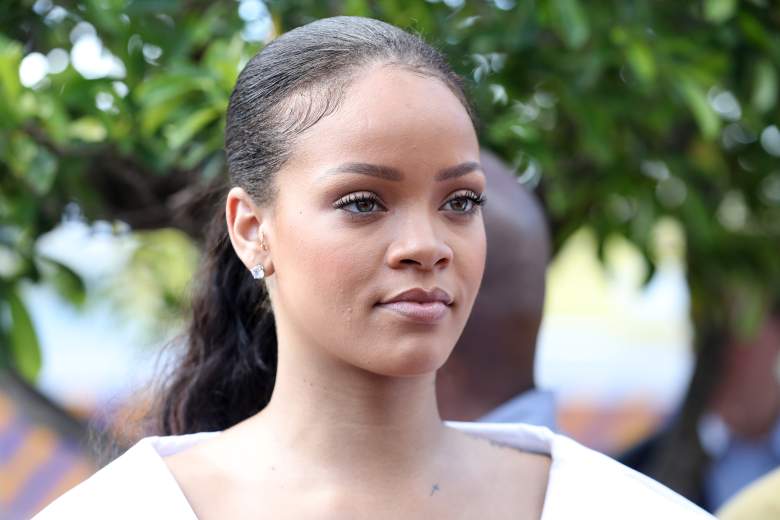 Rihanna attends the ‘Man Aware’ event held by the Barbados National HIV/AIDS Commission on the eleventh day of an official visit on December 1, 2016 in Bridgetown, Barbados. Prince Harry’s visit to The Caribbean marks the 35th Anniversary of Independence in Antigua and Barbuda and the 50th Anniversary of Independence in Barbados and Guyana. (Getty)

Rihanna was cast after producers caught wind of her obsession with the show. In an interview with Vulture, Cuse said:

… what happened was I was just reading Vanity Fair and I was reading a profile of Rihanna, and, in there, she said Bates Motel was her favorite show. I was like, “What?!” Kerry and I had been talking a lot about how we were gonna solve this Marion Crane problem, and I called her up and was like, “Hey, did you know Rihanna loves our show? What do you think of Rihanna for Marion Crane?” Kerry loved the idea, so I made some calls. I was really expecting that the answer would be absolutely not, but it turns out she really was a big fan of the show. When the idea was proposed to her, she was very excited about it. She stepped out of her concert tour to come to Vancouver and shoot.

5. Her Casting Was Announced at Comic-Con 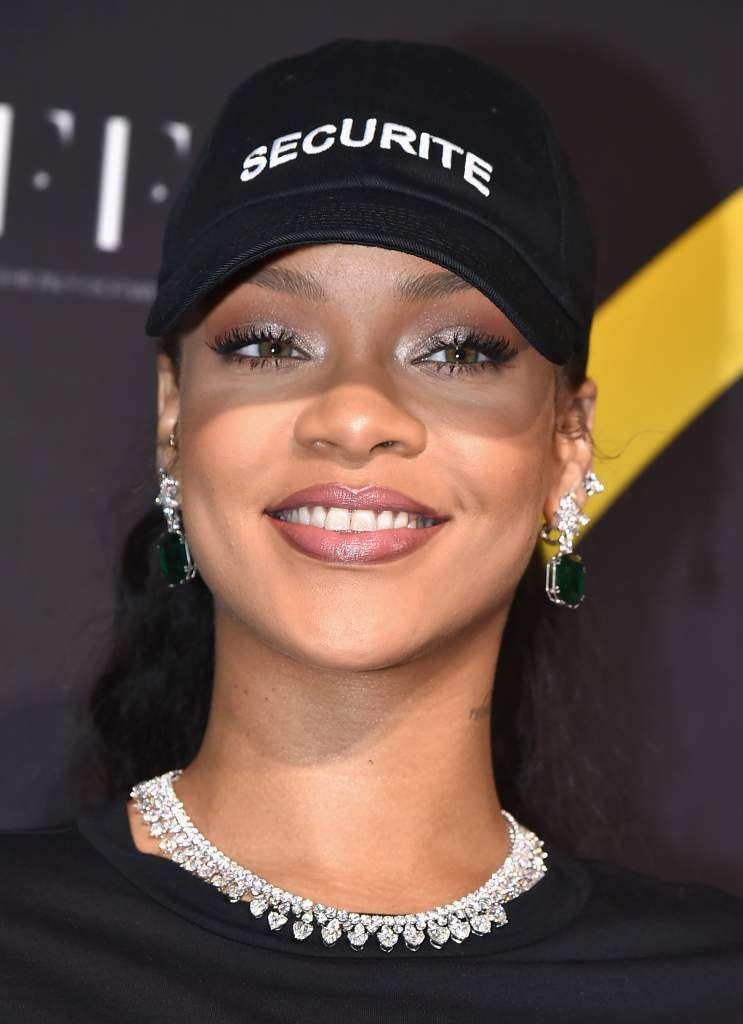 News that Rihanna had been cast as Marion Crane came in July 2016 at Comic-Con. In the words of Variety, news of the casting “eclipsed” the announcement that Vera Farmiga would be an active part of Season 5 or that it would be the final season.

Read More
Bates Motel, Celebrities, Rihanna, TV
Rihanna will play Marion Crane on Bates Motel this season. Learn about how she got the role and what producers thought of her work here.