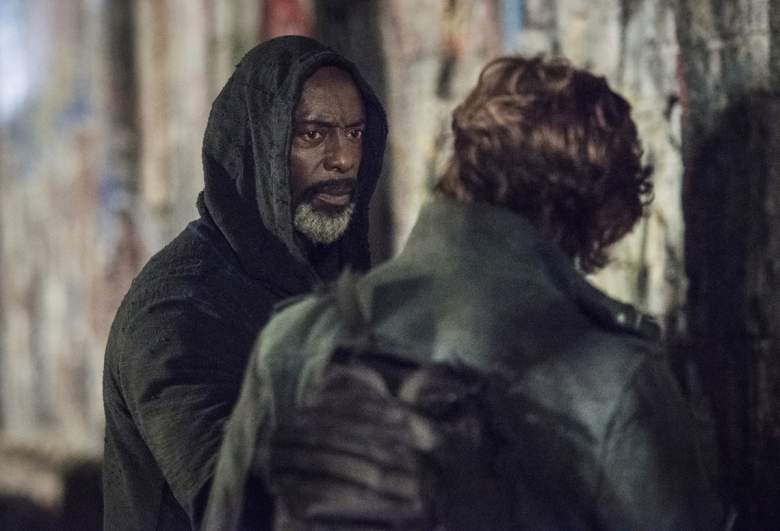 The CW has decided to put The 100 on a three-week hiatus that feels like it’s never going to end. That’s why, if you turned to The CW tonight, you may have seen back-to-back episodes of Whose Line Is It Anyway? airing instead of The 100. The next episode of The 100, “DNR,” will air on Wednesday, April 26 at 9 p.m. Eastern. Read on for more information about the show. (And to see photos and speculation about next week’s episode, see our story here.) Below is a trailer for next week’s episode:

Although The 100 isn’t on tonight, the writers are already hard at work on Season 5. They started writing about the new season on April 2 and tweeted about it so all fans would know:

In honor of S5 writers' room starting, take a look at what started it all
(Spoiler Alert: Raven was Finn's mom. Ew)https://t.co/9WeBjVRooX

The CW put The 100 on this three-week break in order to prepare for May Sweeps. This year, May Sweeps takes place from April 27 to May 24. “Sweeps” refers to the time when Nielsen uses diaries to collect viewing information from sample U.S. homes. Nielsen typically processes about two million diaries during sweeps periods that take place in November, February, May, and July. This can inform program scheduling and advertising decisions, so networks try to make sure they’re showing their best episodes during that period. So if you’re annoyed about the show not being on, know that this change in schedule helps the show continue to be renewed. It’s already been renewed for next season, but this will give it a better shot at even more renewals.

The last time the show aired, Roan had to force Luna to have her blood taken. They were going to test the NightBlood on Emori, but Clarke changed her mind after Murphy begged her for Emori’s life. Ultimately, Clarke injected herself with NightBlood, taking on the responsibility. But before she could get into the radiation chamber, Abby smashed it to pieces, showing that she was pretty much willing to experiment on anyone but her daughter. Meanwhile, Bellamy joined Jasper at an Arkadia party for some much-needed destressing, and found himself drawn to a girl that some fans are calling “Clarke light.” Jaha — with help from Monty — found the secret to opening the Second Dawn hatch, because those two still aren’t giving up on saving everyone. If you want to read a detailed synopsis of everything that happened in the last new episode, a fan wrote an in-depth article about it here.

To see photos and speculation about next week’s new episode, DNR, see the story below:

Read More
Television, The 100, The CW, TV
Once again, The 100 isn't on tonight. Find out the show's schedule and exactly when it's finally coming back.