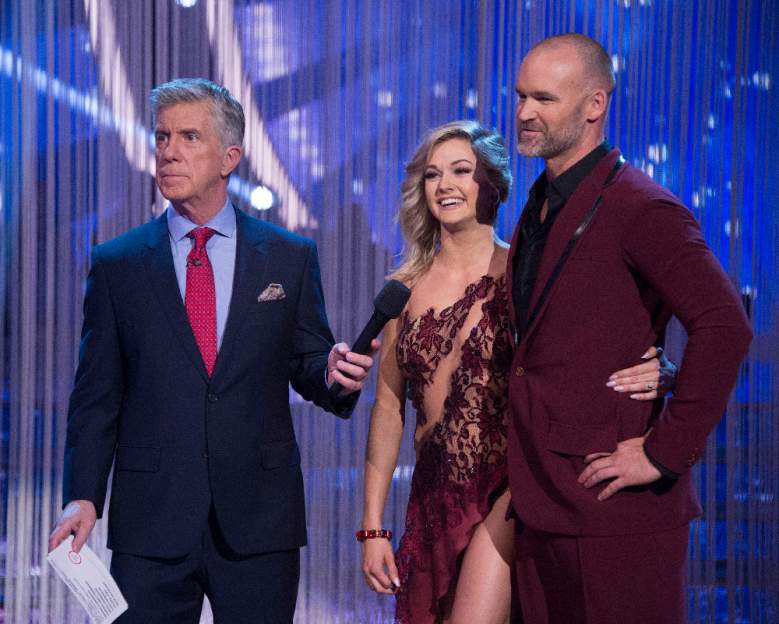 Cubs icon David Ross has been taking his moves to the dance floor on Dancing With the Stars this season, alongside pro partner Lindsay Arnold. Ross has had the support of his fans to lead him through each week, but tonight is a double elimination and Ross could say “goodbye” to the ballroom.

Though Ross has made a giant impact on the MLB industry, lately he’s been more recognized for his DWTS gig, as he tells The Boston Globe:

I hear, ‘Mr. Ross, I love you on Dancing with the Stars.’ Or, ‘Mr. Ross, we loved your dance.’ I say, ‘What?’ I won two World Series people, in two of the biggest markets, and I’m talking about dancing!

The team at @HachetteBooks sent me this to celebrate #Bookfacefriday. If you want to pre order the book the link is in the bio!

When Ross first got the call from his agent about doing Dancing With the Stars, he said that:

She just said things like, ‘We don’t take ourselves very seriously, it’s a ballroom dance show with celebrities trying to win a trophy.’ How serious can you take that? And that’s my approach in life. I don’t take myself very seriously when it comes to a lot of things, and also in 2016 I did some things out of my comfort zone being my last year. I wanted to show my kids that I could try something new and that I could fall flat on my face and make a fool of himself but he’s going to try and do my best.

Though Ross says he’s enjoying the experience, he says he can’t wait to get back to Boston after it’s all done. And, tonight could very well be his last night as last week, he was at the bottom of the leader board with fellow contestants Nick Viall and Bonner Bolton.

Who Will Be Eliminated on Tonight’s ‘Dancing With the Stars’ Episode? 5/1/2017

So, what’s Ross going to do when the DWTS season is over? He currently has a book coming out on May 9, 2017, called “Teammate.” Check out a photo of him autographing copies in the below pic.

Up early and back to the grind autographing copies of #Teammate. Two weeks until this baby comes out! Link to pre order is in my bio!

In addition to his new book, Ross has a few jobs waiting for him as well. ESPN previously announced that Ross will join the company as an MLB analyst and Ross’ official statement on the gig was:

I’m excited to dive right in and start talking baseball with my new colleagues at ESPN. It truly is the worldwide leader in sports and I’m grateful for the opportunity to join this incredible team. We’re going to have a lot of fun this season.

Ross has also earned the job of being a special assistant to the Cubs’ baseball operations department.

David Ross of the Cubs on ‘Dancing With the Stars’

Read More
Chicago Cubs, Dancing With The Stars, DWTS, Reality TV, TV
David Ross of the Cubs is still on season 24 Dancing With the Stars, but will tonight be his last night in the DWTS ballroom.