Kelly Marie Tran is one of the newest actors to join the Star Wars franchise. She plays a key role in The Last Jedi as Rose Tico, joining The Force Awakens stars John Boyega, Daisy Ridley, Oscar Isaac and Adam Driver as the young faces of the current Star Wars generation.

The 28-year-old Tran was introduced at Star Wars Celebration Orlando in April and more details about her role were shared in the new Vanity Fair Last Jedi preview. Unlike other new cast members Laura Dern and Benicio Del Toro, Tran is a relatively unknown commodity with few credits to her name. Unless you saw her in episodes of NBC’s About A Boy or recent CollegeHumor shorts, there’s a good chance you’ve never seen her before.

Tran doesn’t appear to have a boyfriend. She doesn’t have an official public Instagram or Twitter page.

Here’s what you need to know about Tran and her character.

1. Rose Goes on an Adventure With Finn in ‘The Last Jedi’ to a Casino Planet 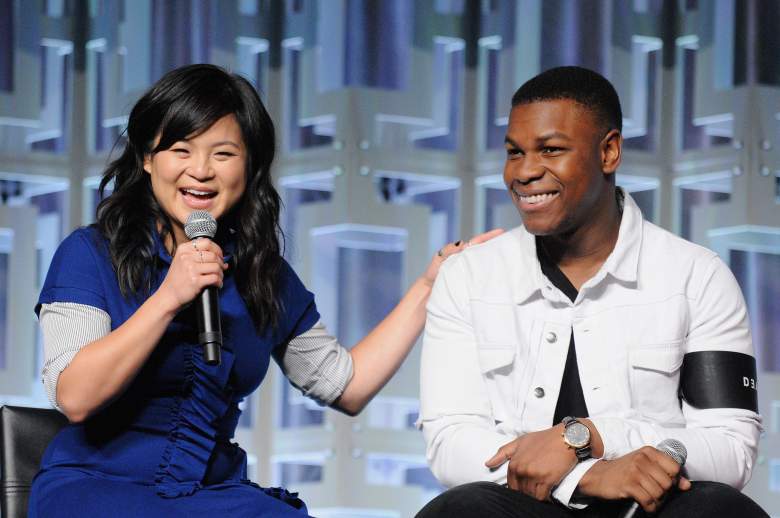 In the Vanity Fair preview, writer/director Rian Johnson revealed that Tran’s character spends a lot of time with Finn, played by John Boyega. The two travel to Canto Bight, a new casino city. Johnson described it as “a Star Wars Monte Carlo–type environment, a little James Bond–ish, a little To Catch a Thief.”

“It was an interesting challenge, portraying luxury and wealth in this universe,” Johnson told Vanity Fair. He added that the environment is meant to be the complete opposite of the dingy, isolated places we’ve seen in past Star Wars movies.

The Vanity Fair piece also revealed that Rose has a sister named Paige. That character is played by Veronica Ngo.

“Rose is smart and she’s confident and she’s loyal,” Tran recently told Entertainment Weekly. “She’s going to be such a cool character because she’s someone who isn’t a model. She’s not a superhero. She’s just kind of an everyday person, and that’s something special about her. She’s someone who is able to face her fears in the face of adversity even though she kind of is a background player in the Resistance.”

Tran also said she was a big Star Wars fan while growing up and she said that helped her prepare for the role.

“It was good because I was able to kind of look at this character objectively and not think about what it should be or what Star Wars was like, but obviously when you get something like this you want to research everything and watch every single movie and you just can’t help but respect how amazing it is,” she told EW. 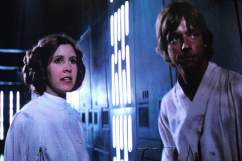 2. Tran Even Kept Her ‘Last Jedi’ Role a Secret From Her Family, Telling Them She Got a Role in an Indie Movie

During the Star Wars Celebration panel for The Last Jedi, Tran said she kept her role a secret from her own family for four months. She had them convinced she was shooting an indie movie in Canada. She even sent them maple syrup as gifts. “I was like, I’m committing to this,” Tran said.

Johnson also said during the panel that he’s really excited about Rose, who is a Resistance maintenance worker.

“The notion that any of us can step up and turn into hero, that’s really where the character of Rose comes from,” the director said in April. “Kelly just embodies that for me.” 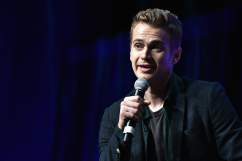 The news from the Vanity Fair story that Finn and Rose would be spending so much time together isn’t a complete shock since Boyega teased this in an Entertainment Tonight interview back in April. He said that Rose is an “absolute fan” of Finn, so maybe he did achieve his dream of becoming a “big deal” in the Resistance after The Force Awakens.

As for Tran, she told ET that she couldn’t believe that she’s now part of the Star Wars world. “Part of me was like, ‘Is this a dream? Pinch myself. Is this a dream?’ That’s kind of been the last two years of my life, a dream,” the actress said.

Tran added that Boyega is “the best” and they have a “really, really cool, fun relationship.”

4. Tran’s Parents Were Not Big Fans of Her Decision to Become an Actress

In an interview with People Magazine, Tran said her parents arrived in the U.S. from Vietnam after the Vietnam War ended.

“They worked from nothing just to give me the opportunity to have a dream. I’m not from an entertainment family at all. My mom works in funerals and my dad works at Burger King,” Tran said.

Although her parents wanted to make sure she achieved her dream, they weren’t fans of what that dream was: to be an actress. “Oh, they hated it. They were like, ‘You need to do something real.’ I think there was a lot of fear in the beginning, as it is with any parent,” Tran told People.

She explained that before she found work as an actress, she worked several odd jobs, from giving restaurant tours to being a nanny to cleaning a yoga studio. “I worked every weird job,” she told the magazine.

Tran is a relatively unknown, but she still beat out three great actresses for the role. Back in September 2015, The Wrap reported that Gina Rodriguez (Jane The Virgin), Tatiana Maslany (Orphan Black) and Olivia Cooke (Me & Earl & The Dying Girl) were all top contenders for a role that required a chemistry reading with Boyega.

However, none of those actresses got a role in The Last Jedi. The part of Rose went to Tran instead.

Casting Tran instead of the other three more famous stars was a gamble for Johnson, since she’s appeared in so few big projects. Although her IMDb page lists 27 credits, the most high-profile roles she’s had is Marguerite in two episodes of About A Boy and appearing in seven CollegeHumor sketches. (She’s the “full Asian” judge in the popular “Are You Asian Enough?” sketch.) She also starred in an online series called Ladies Like Us. 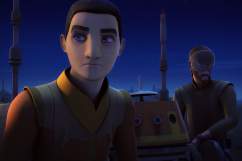