Tonight, PBS will air the National Memorial Day Concert live from the US Capitol’s West Lawn.

The event is one of PBS’ highest-rated programs, and honors military veterans and servicemen and women who have sacrificed their lives for their country. Tonight’s special will be hosted by Joe Mantegna and Laurence Fishburn.

Memorial Day is observed on the last Monday of May each year, and was originally known as Decoration Day. It became a federal holiday in 1971, though the exact roots of the tradition are unclear. According to History.com, the government declared Waterloo, New York, the official birthplace of Memorial Day “because it hosted an annual, community-wide event, during which businesses closed and residents decorated the graves of soldiers with flowers and flags.”

According to PBS Newshour, over 1.1 million soldiers have passed away since the Revolutionary War 1775. Tonight’s event will honor these men and women.

Read on to find out when and where to watch the show.

A star-studded lineup will grace the stage tonight, including Moana’s Auli’i Cravalho who will open the show by singing the National Anthem. Cravalho recently spoke to KITV about what she typically does for Memorial Day, saying, “Usually, for Memorial Day back in Hawaii, I would get together with my family and you know we’d enjoy the three day weekend as most families do and maybe go to the beach and maybe barbeque and along with those happy memories. I always just remember those who weren’t with us that day and it means something so special to me so I’m honored to be here and I’ll definitely be thinking of those family members.” 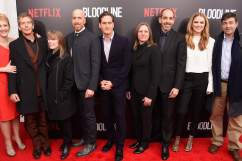