Normani Kordei is one of the final five contestants on Dancing With the Stars and she’s been gaining momentum throughout the season. Last week, she and pro partner Val Chmerkovskiy even earned a perfect score of 40 out of 40. This allowed them to have immunity and not have to participate in a dance-off challenge. Over the past few weeks, even when Kordei has excelled in the ballroom, there have been times that she’s ended up in the bottom of the votes.

But, votes may not be Kordei’s only hindrance on the dance floor as she has been suffering from back pain. In an interview with Entertainment Tonight, Kordei discussed her injury, saying that:

It’s getting better. Honestly, yeah. I can actually get up out of bed by myself now. My mom had to help me, but, yeah. My medicine is really kicking in, and I’m killing it, I hope.

She doesn’t know where she is, but she’s feeling better. There are a couple of places that are just typical injury spots, which is around the ribs. In partnering and lifting especially, that’s where most of the pressure is.

Chmerkovskiy said that injuries are quite common at this point in the competition. So what are the exact details of Kordei’s injuries? In an interview with Us Weekly, Kordei said she was dealing with a “severe strain” in both her upper back and hip, which is connected to a ligament that’s very torn. Kordei explained:

I’m on medication, and I just have to pace myself and take things step by step. [The doctor] literally told me if I keep going at the rate that I’m going that I could crack my hip, which I don’t want. I have three weeks left of the competition and it’s, like, so close, but so far. I just have to play it smart.

For tonight’s show, each contestant will be performing a normal routine and a trio dance. For Kordei’s trio dance, she and Chmerkovskiy will be matched with dancer Alan Bersten and they will perform the Jive to “Feeling Alive” by Earl St. Clair. As for their first routine of the night, the duo will dance in a Contemporary style to “Freedom” by Anthony Hamilton and Elayna Boynton. 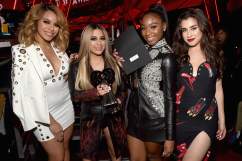