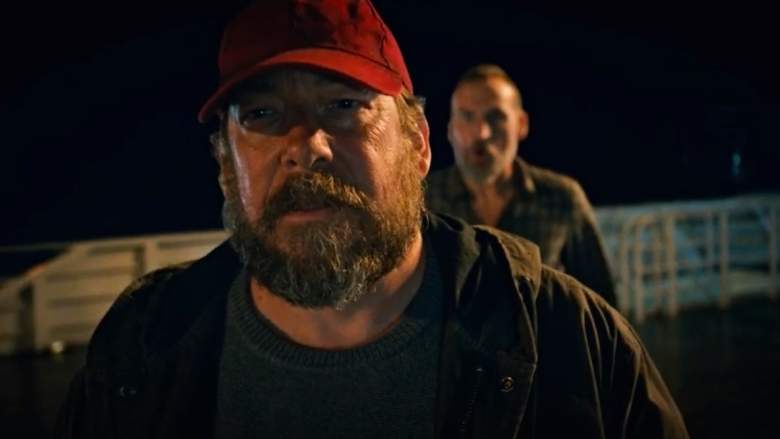 A big part of tonight’s episode of The Leftovers, Season 3 Episode 5, was the appearance of David Burton, a man who has been mentioned frequently in The Leftovers but never focused on until now. Here’s his background and every time he was mentioned in previous episodes, including an in-depth look at what happened tonight. This article has spoilers for Season 3 Episode 5. 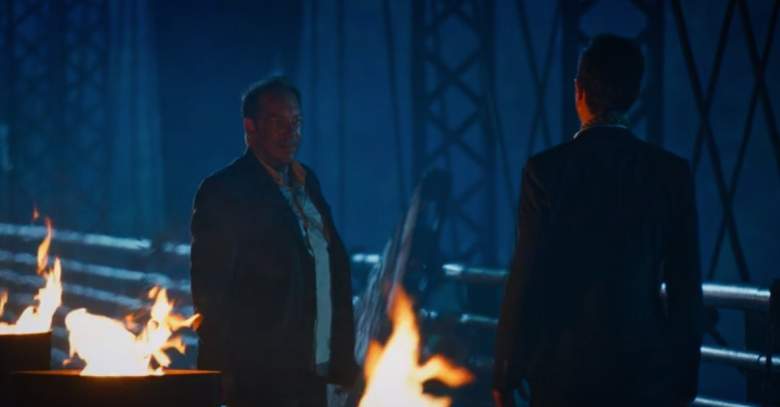 David Burton was the mystery man in Kevin’s vision who pulled Kevin out of the car when he was stopped on the bridge with child-Patti. He put a noose around Kevin’s neck and dragged him down the bridge, asking him what he was doing with the girl. Kevin told him he was taking her to the well to throw her in it. David asked her if the girl’s resisting and Kevin said no. David said it was because the girl wanted to be thrown in because it was just like a woman, thinking she could improve him. 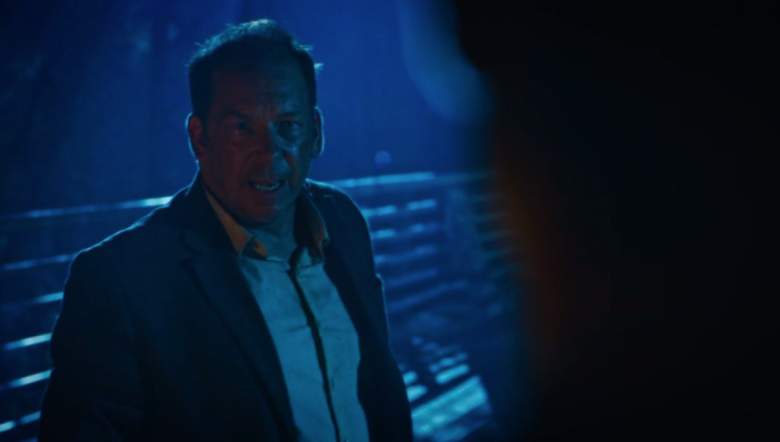 Then David told him he had a choice: “cross or jump.” He told Kevin that if he killed child-Patti, he’d never be the same. “None of this is real,” Kevin said in response. But the man said, “Friend, this is more real than it’s ever been” and then whispered something in Kevin’s ear that the viewers couldn’t hear but it seemed to really impact Kevin. 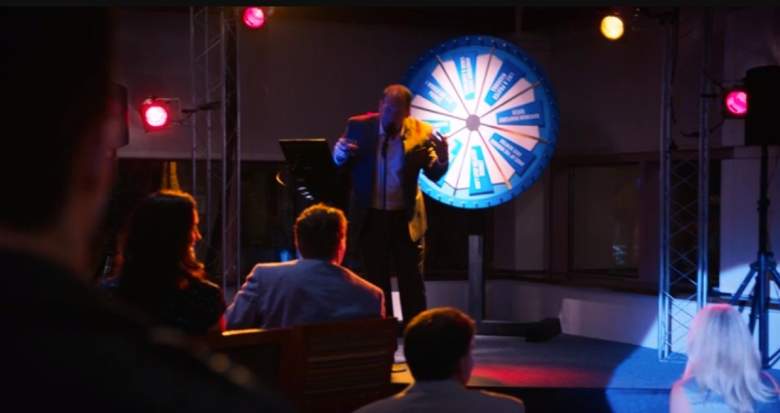 David Burton made another appearance in Season 2 Episode 10, when Kevin is shot by John and seemingly dies again. Once again, he wakes up in a tub and climbs out, this time wearing a Mapleton uniform. At a bar, David is there again and tells him he can’t return to his world until he sings karaoke.

“You love your family, it’s not your time, still have so much to live for,” David said. “Come on, be original mate, why should you go back and the rest of us…”

“Because I deserve to… Now tell me how.”

“If you want to get out of here, all you have to do is sing… The trial, it’s beneath you, it’s not elegant enough, it’s too easy. You pushed a little girl into a well, you don’t want to sing?”

So Kevin sings and returns to Earth, alive:

David Burton Was Mentioned in Other Episodes, Too 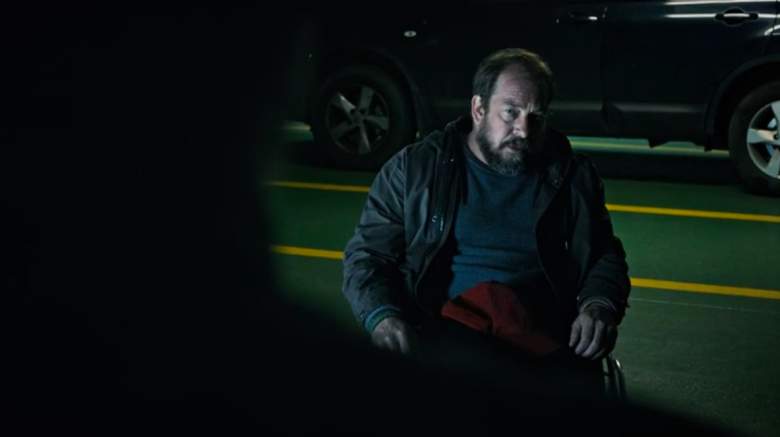 In addition to his two appearances, Burton was mentioned in other episodes. In Season 2 Episode 1, Michael received a letter from the man on the pillar in Miracle. It was supposed to be sent to David Burton in Sydney, Australia.

In Season 2 Episode 3, we learn more about Burton from a news broadcast on TV. The broadcaster talks about a resurrection claim coming out of Australia, where a man that witnesses said was dead came out of a cave in Wanneroo, just outside of Perth, now alive. Witnesses said he “walked out covered in mozzie bites, saying he’d just been in a hotel.”

So this alludes to the idea that Burton also visited a hotel on the other side when he died, just like Kevin. Later in the same episode, a publisher talking to Laurie said that the man believed he couldn’t die.

Then tonight, we learn a few more specifics about Burton’s accident.  He died in a rock climbing accident, his friend took him to a cave, and when his friend came back, David was alive and just fine. (This does, however, leave the possibility open that David and his friends made the whole thing up, since they may have been the only witnesses to his death.)

So Who Was David Burton? 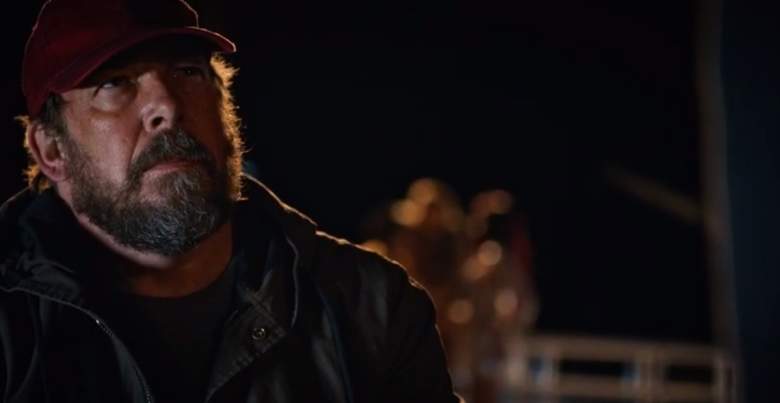 This week, we learned more about David Burton. He was handing out cards that said “I Am God.” Matt read the back of the card, which said in part:

I am the one true God. I go by many names but Mr. Burton is fine. I will not take a photo with you. There was no Big Bang, just nothing then light. Yes I created you. No I didn’t create unicorns. Eve was not made from Adam’s rib, it was his tibia. I asked Abraham to kill Isaac just to see if he’d do it. Yes evolution is real but it doesn’t work how you think it does. I won the bronze medal for decathlon and the one you can’t remember is the hammer throw. No I had nothing to do with the crusades nor any type of genocide/Holocaust.” 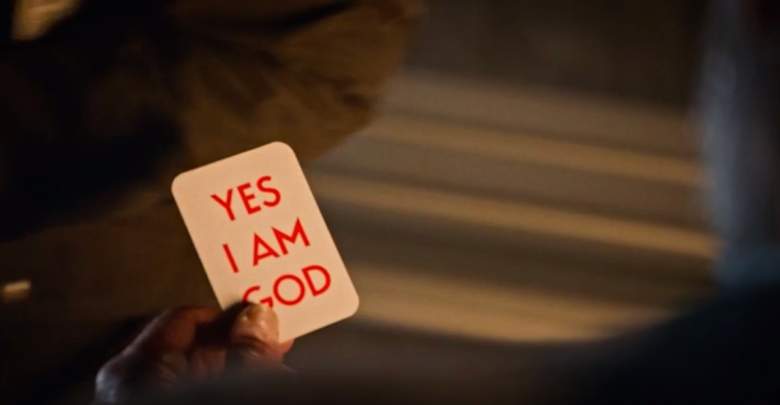 Burton was a complicated man. He admitted to Matt that he threw the man overboard. But he would not tell the authorities “because I’m the authority.” He also said he only won the bronze in the decathlon because that was “before.” He claimed Jesus wasn’t his son and never came back to life, but Jesus’ identical twin brother pretended to be him. He also claimed to have healed Matt just by snapping his finger. But he did claim responsibility for the departure, saying he did it “because I could.”

At the end, David was killed by Frasier the Lion’s descendant.

If we are to think of Matt as a “disciple” of Kevin, similar to the disciples of Christ, then Matt may have played a role in exposing and killing an “anti-Christ” type character who claimed to be God but was not. It’s possible that Burton never resurrected at all, but the whole thing was a story made up by his friend to make him famous. Only his friend actually saw him die, there was no real evidence of it. He could be an “anti-Kevin” so to speak.

Or perhaps he was real, to an extent. Maybe he had the same abilities as Kevin and knew about as much as Kevin did about the whole thing, he just used his fame to his advantage and had less-than-honorable motives.

We might be tempted to believe the latter is the case, since he did appear in the afterlife to Kevin and sure seemed to know a lot about what was going on. He played the role of a guide. Yet, not everyone who appeared in Kevin’s hotel visions was actually a real person. So David’s appearance doesn’t necessarily mean that the entity Kevin spoke to in his visions was actually David Burton.

Then there’s another theory: that David is more of a Satan-like creature. Matt seems to be being tested for his faith over and over. Like Job, he lost his child and his wife turned against him. Like Job, he’s now sick. So it’s possible that David Burton is a Satan-like character sent to test Matt. Matt even asks: “Why?” (just like Job did.)

What do you think? Did David really have god-like abilities or was he a fake? Let us know your thoughts in the comments below.