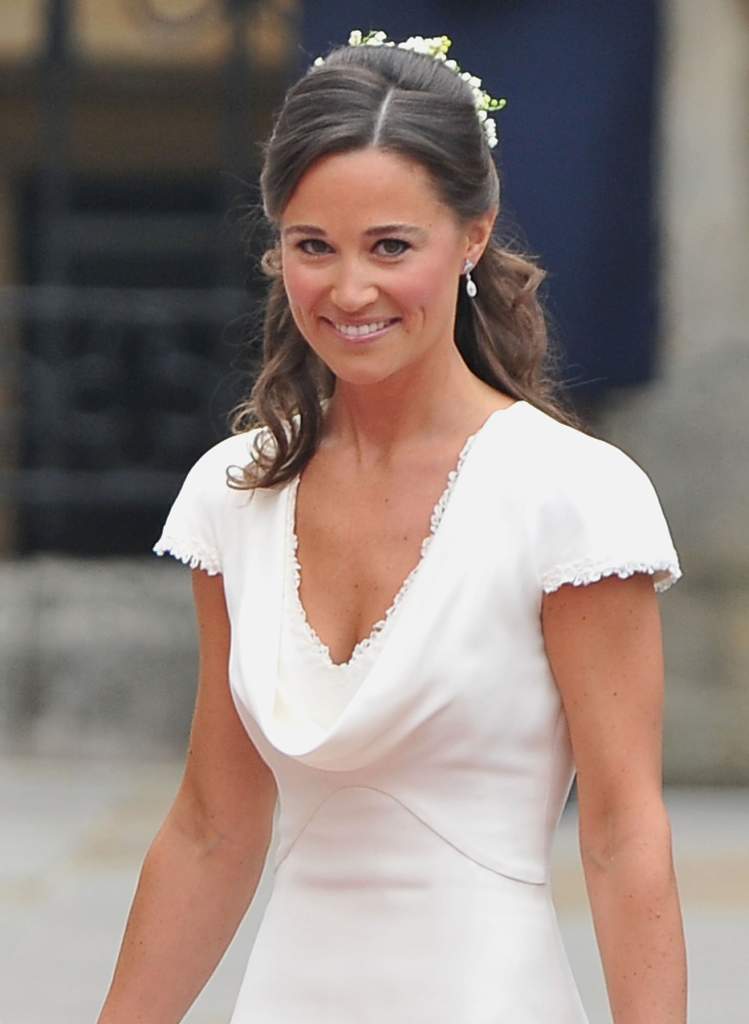 Pippa Middleton was the Maid of Honor in Kate & William’s wedding. (Getty)

Pippa Middleton, 33, is set to wed her beau, 41-year-old James Matthews, on May 20. The younger sister of Kate Middleton, the Duchess of Cambridge, will walk down the aisle at St. Mark’s Church in Berkshire England, where Reverend Nick Wynne-Jones is expected to officiate.

The church is just a few miles away from the Middleton’s home in Bucklebury. The reception will be held at said home, where an estimated 150 guests will celebrate the newlyweds.

The two got engaged in the summer of 2016. Matthews presented his bride-to-be with a 3.5-carat Asscher cut diamond ring from London jeweler Robinson Pelham, according to E! News.

1. The Groom Is a Hedge Fund Manager

Pippa Middleton & James Matthews give us the wedding date and the guest list: https://t.co/CI0rNerpTe pic.twitter.com/xkif8T9vtn

James Matthews, 41, attended the prestigious Uppingham School, but did not go to college. There are conflicting reports that claim he attended Eton College, where his soon-to-be brother-in-law, Prince William, went.

Matthews may come from a wealthy family, but he has worked hard to make a name for himself. He works as a hedge fund manager and is the chief executive of Eden Rock Capital Management Group (his parents own Eden Rock in St. Barths, which inspired the name).

He proposed to Middleton in July 2016 while the two were in Lake District together. Matthews asked Middleton’s father, Michael, for his blessing before popping the question, according to the Daily Mail.

2. Matthews’ Brother, Spencer, Is Rumored to be His Best Man 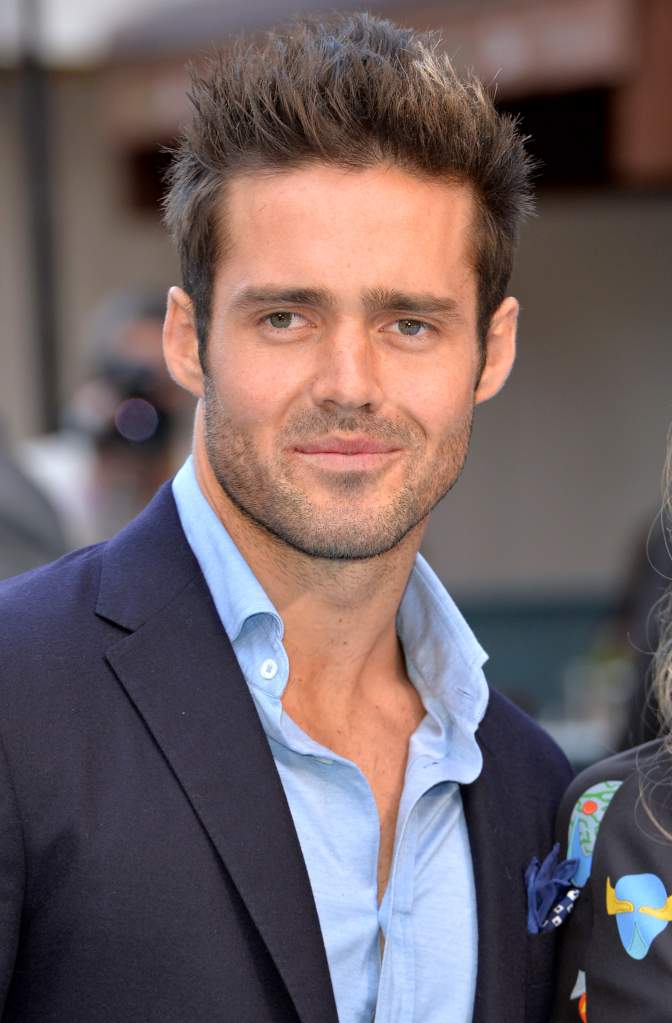 Spencer Matthews is rumored to be serving as Best Man on his brother’s big day. If he looks familiar, it’s because he’s actually famous. He has been on a few British reality television shows such as Made in Chelsea, I’m a Celebrity…Get Me Out of Here!, The Bachelor, and The Jump.

The 27-year-old, who attended Eton College, is known as a ladies man and he has gotten himself into a bit of trouble over the years. In 2012, there were reports of him “snorting cocaine” at a party. As he has gotten older, however, Matthews seems to have calmed down quite a bit.

The Matthews boys had another brother named Michael who died climbing Mount Everest in May 1999. He was lost in heavy snow and high winds after reaching the summit. Michael’s body has never been found. He was just 22 years old.

Spencer wrote about losing his brother in his autobiography titled, Confessions of a Chelsea Boy.

“His loss was devastating for the family and over time this became worse because the circumstances surrounding Michael’s death have never been fully explained…With just a year and a half between them, he and Mike were the closest of friends. The loss was heartbreaking for James.”

3. Princess Charlotte & Prince George Are in the Wedding Party 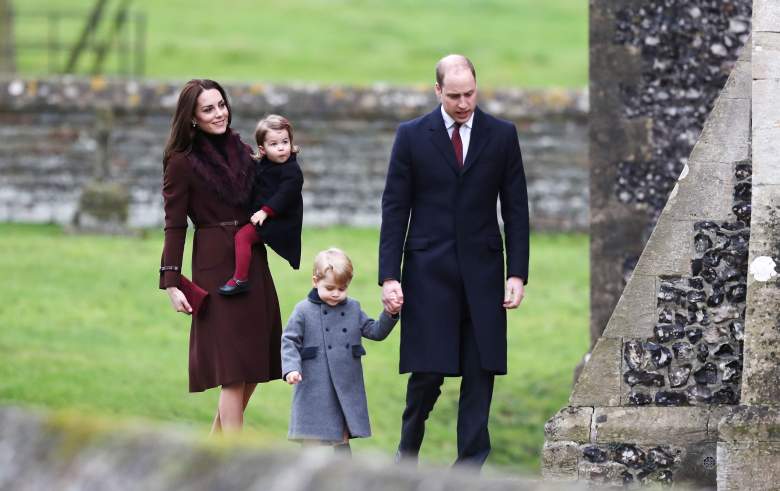 Pippa Middleton’s nephew, Prince George, and niece, Princess Charlotte, will both be in her wedding, as a page boy and a flower girl respectively. Although there has not been any word about what the young royals will be wearing, they are sure to be the most adorable part of the ceremony.

Kensington Palace has confirmed the news that the Prince and Princess will be in the wedding. This will be the first time that Prince George, 3, and Princess Charlotte, 2, will be in a wedding.

Pippa Middleton and James Matthews confirm Prince George and Princess Charlotte will be page boy and bridesmaid at their May 20 wedding.

4. Kate Middleton Will Not Serve as Pippa’s Maid of Honor 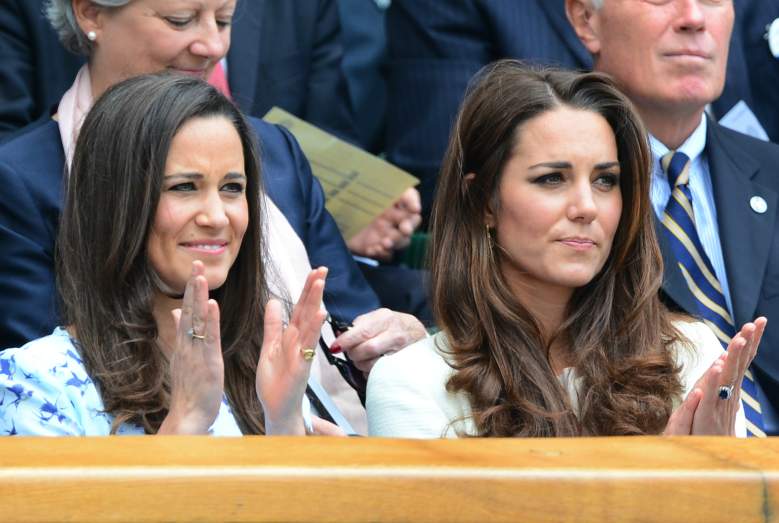 There has been a lot of chatter about Kate Middleton, Duchess of Cambridge’s, role in her sister’s upcoming wedding. It can be confirmed that Duchess Kate will not serve as “maid of honor” to her sister because Kate is a married woman. If given a title in the wedding party other than bridesmaid, Kate could be the “matron of honor.”

That said, there have been numerous reports that the Duchess didn’t want to steal any thunder from her younger sister. For that reason, many believe that Kate will have a more understated part in the wedding, perhaps doing a reading during the ceremony.

“Kate would upstage her sister. It’s a tricky situation for Pippa. She would want her sister by her side, as who else would she trust to make things go well. But if your sister is a future Queen, she is going to upstage the bride and draw attention. Kate would want to be in the background as much as possible,” royals author Judy Wade told People Magazine last summer.

5. Prince Harry Will Attend With His Girlfriend, Meghan Markle 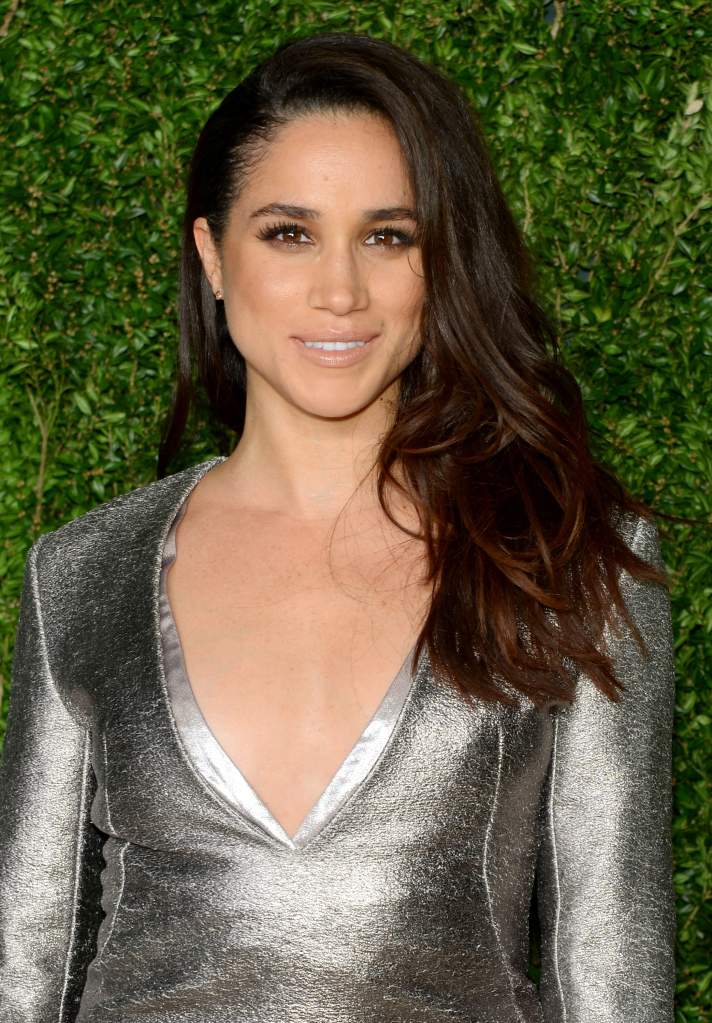 If you’ve been looking forward to the highly anticipated “wedding of the year,” you’ve probably heard rumors about Pippa Middleton and James Matthews having a strict “no ring, no bring” policy for their ceremony. The thought behind this was that the couple wanted to keep their guest count down to ensure they’d have a more intimate gathering.

It was previously reported that Prince Harry’s girlfriend, Meghan Markle, was not invited to St. Mark’s Church to watch the couple exchange their vows because she isn’t engaged nor married to Prince Harry. However, on May 7, The Telegraph reported that Markle has been invited to attend both the ceremony and the reception.

There have been other reports that Matthews’ brother and best man, Spencer Matthews, will be heading to this wedding stag, as girlfriend Vogue Williams may have not been invited. Interestingly enough, a representative for Miss Williams said that she isn’t attending the wedding because she has other plans.

“Vogue has a prior engagement in her diary on the date of the wedding, but wishes Pippa and James all the best on their special day.”