Bella Thorne recently decided to let loose on Snapchat, when she posted a lewd photo of herself with nothing on. Thorne, 19, captioned the photo with the phrase “Can I have it Tonya,” before deleting it from her account.

Of course, in the internet age, nothing is ever really deleted, and fans grabbed screenshots of Thorne is nothing but bright red lipstick. Interestingly, the actress decided to upload a video of herself later in the day, where she filmed herself dancing to a song while wearing little more than a bra and underwear. Check out a screenshot of the deleted photo below.

Thorne is no stranger to this sort of attention. The former Disney star, who acted opposite Zendaya Coleman on the series Shake It Up (2010-13), has spent the last few years gracing fans with racy Instagram photos, whether she be out by the beach or cozying up to her various suitors. This has included various glimpses of cleavage or little to no clothing, as is demonstrated in this latest display.

According to The Inquisitr, Thorne expressed her opinion on being able to show off her body as she sees fit, saying women are “made to believe that they aren’t perfect that they need to ‘work on it,’ that they need to see themselves differently– and I think it’s freaking ridiculous.” Thorne added that “It gets on my nerves because boys can do whatever; it’s like we’re living in the 1800s again. It drives me crazy.”

Watch the aforementioned video of her dancing below.

In terms of Thorne’s love life, the actress is fresh off of a tumultuous relationship with Keeping Up With The Kardashians star Scott Disick, who, at 34, is more than a decade her senior. The two attended the Cannes Film Festival together this past month, where they were seen getting increasingly intimate with one another on the beach. Despite this, Thorne was reportedly put off by Disick’s hard-living lifestyle, tweeting out “Yo this #cannes fancy life isn’t for me,” before returning to the US by herself. According to TMZ, Thorne believed that Disick “used her” and “never intended to pursue a relationship but wanted to arrive with the 19-year-old actress all for show.”

More recently, Thorne has been linked to actor Gregg Sulkin, whom she originally dated in 2015. According to J-14, the pair went on a dinner date together, and Thorne sent Sulkin a heartfelt birthday message on her Instagram account, writing “Happy birthday Gregg!!!! I love you :)) always been such a wonderful person :) glad we are here through thick and thin. let’s party you old man!!” Check out the original post below.

Happy birthday Gregg!!!! I love you :)) always been such a wonderful person:) glad we are here through thick and thin. Let's party you old man!!

A source for People magazine revealed that “Bella and Gregg had a difficult relationship when they were together. She felt like he was too controlling and that’s part of why they broke up, but they’ve been talking for a little while and going back and forth.” 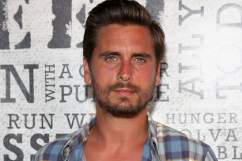