Tonight, Part 3 of The Ranch will become available on Netflix for streaming at 3 a.m. ET/12 a.m. PT.

The series takes place on a fictional river called the Iron River Ranch in Garrison, Colorado, and follows a dysfunctional family called The Bennetts, made up of two brothers, their rancher father, and the wife he is separated from. The first half of The Ranch is also part three of the series.

According to a 2016 article in Business Insider, Kutcher only pitched the series to Netflix because he “wanted to advance what a sitcom looked, felt, and sounded like.” In his pitch, Kutcher reportedly commented on how having the series on Netflix meant he wouldn’t have to abide by certain product and joke constraints that tend to come with network television. Kutcher also believes that putting the show on Netflix would give him more creative control. Netflix’s content chief recently said, “Our creative involvement in the shows is collaborative and always invited.”

Kutcher’s character, Colt, is a failed semi-professional football player who runs his family’s ranch business. At the start of the show, he hasn’t seen his father, Beau, in 15 years. Colt’s mother, Maggie, runs the town’s local bar. That ’70s Show alum Wilmer Valderrama also appears on the show as Umberto.

Read on to find out how and when to watch the show.

NUMBER OF EPISODES IN FULL SEASON: 20 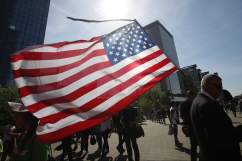 Read More
Ashton Kutcher, Netflix
When does 'The Ranch' premiere on Netflix? When can you watch it, and when does it become available? Get the details here.