According to GLAAD’s annual report on LGBTQ inclusion in the media, three transgender characters appeared on broadcast networks’ primetime scripted programming between June 2016 and May 2017– two were series regulars and one was recurring. The year before, there were no transgender regular or recurring characters on scripted broadcast programming.

On Wednesday, Queen Sugar introduced a new transgender character to its cast– Antoine Wilkins, played by actor Brian Michael. Michael has been acting since he was young, and has appeared in popular shows like Detour, Girls, Blue Bloods, and Law & Order: SVU.

Read on to learn more about Michigan native Brian Michael.

Michael plays the role of Toine on Queen Sugar.

In an exclusive interview with Heavy, he discussed his character’s background, revealing that Toine attended high school with Ralph Angel. “In high school, he went by Antoinette. He’s a transgender male,” Michael explains.  Ralph Angel protected Toine all throughout high school, and he feels indebted to him.

As far as what attracted him to the role, Michael says that he feels the scenes he’s in reflect parts of the trans experience that most people don’t get to see or even know about. “Usually the focus can be on the big reveal or when somebody comes out, hoping that their lover will still accept them. But in this case, you see what happens after transitioning. Trans people have entire lives. There’s a totality there that gets overlooked.”

2. He Hopes to Bring More Authentic Trans Characters to Life

Michael was assigned female at birth, but identified as male growing up. “I had a very unique childhood,” he tells Heavy. “I never quite fit inside a particular box.”

In high school, Michael played football on the boys team in the fall, and ran track on the girls team in the spring.

Though one of his hopes moving forward is to bring more trans characters to life on the screen and stage, the actor says he hopes to find visibility as a trans actor who can play both trans and non-trans roles.

3. He Attended Kent State University On a Track Scholarship

Michael graduated from Kent State University, where he studied acting and video production.

He has been performing since childhood, and explains that in his younger years, he was very hyper– acting was a much-needed outlet. “I had a crazy imagination. I was always entertaining my family.” In high school, he was heavily involved in sports. It wasn’t until college that Michael decided to hone his skills in the performing arts and fully involve himself in film production.

While auditioning for plays in college, Michael noticed that roles were more gendered. Whereas he felt he could get away with playing androgynous characters in middle school and high school, he came to see that this wasn’t the case anymore. “It was a challenge. Because when I was growing up, acting allowed me to escape the pressures of choosing a gender identity. But when I got to college, and started to get older, it wasn’t an escape anymore. That was a turning point for me.” 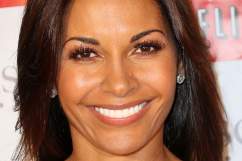 4. He Acted With Eli Manning in a Toyota Commercial

In 2012, Michael booked a principal role in a Toyota Commercial starring Eli Manning. The video aired during the NFL kickoff game, and was the most viewed video of the campaign on Youtube.

The commercial marked Michael’s first principle role. Speaking about the experience, he says: “When we did the rehearsals we worked with Eli’s stand in and we got used to him. No one made it known that they pulled the stand in. So we start the scene and Eli comes out of nowhere, me and the actress who played my wife, Juliette Jeffers, we genuinely surprised when Eli showed up. That’s the take they used.”

He joked, “Eli was great to work with, laid back professional and a lot taller than he looks on TV.”

5. He Spent Years Working as a Teaching Artist and Youth Mentor

After graduating from Kent State, Michael worked with middle schoolers and teens, teaching drama and media literacy at a summer program through the University of Michigan. He taught his students how to analyze film and video, and helped them create their own stories and short films.

After moving to New York City, he continued this work with Wingspan Arts and the Tribeca Film Institute’s Teaches Program.

Towards the end of his interview with Heavy, Michael discussed the role creating has played in his life– both as an actor himself, and teaching young adults. “As an artist, our experiences are what we paint with. I want to use everything in my color palette to create stories, to get people to think, and to have an impact.” 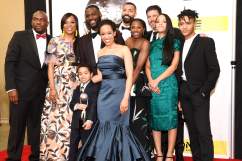