First, read some fans’ opinions and find out why their views on the show is changing below. Then take our poll at the end of this article and share it with your friends.

On a Reddit thread for FTWD, one viewer shared a post with the headline: “Fear the Walking Dead has become everything we want Walking Dead to be.” Redditor _A_Day_In_The_Life_ said this was because FTWD doesn’t have the same cliffhangers and offers two-hour finales. Also with FTWD, another viewer added, you have no idea what’s going to happen, giving the writers a lot of freedom. And at times, it seems like characters on Fear travel a lot more rather than staying in one location, and the pace is a lot faster.

However, not everyone agrees. Redditor dchrisd pointed out that TWD has a better cast and Rick is a much better lead than Madison, in his opinion. Another viewer said that they believe TWD has more action than FTWD, in general. But viewers disagree on which show has more character development and complexity. Carol, for example, has grown and changed tremendously over the seasons of TWD. But Nick has also grown, and Daniel Salazar is an incredibly complex character.

Deciding between the two shows is a tough choice. As you can see, arguments can be made for both sides. So what do you think? Let us know in the poll.

Now that you’ve taken the poll, let us know any additional thoughts about the shows in the comments below. 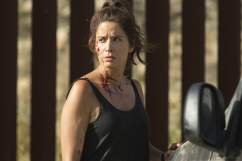 ‘Fear the Walking Dead’: Where Is Ofelia? [SPOILERS & PHOTO]