Getty Kanye West and Jay-Z at the Tidal launch event on March 30, 2015 in New York City.

Yeezy and Hov. Jay and ‘Ye. The Throne.

Two of the biggest emcees in hip-hop, and arguably the most famous friendship in the genre’s history. Since the turn of the millennium, they’ve topped the charts, set countless trends, and released their fair share of classic albums. Now, Jay-Z and Kanye West are enemies.

At least, that’s the narrative of Public Enemies, the new documentary that’s airing tonight on Channel 4 at 10 p.m. Described as “a Shakespearean drama about elementally incompatible siblings,” Public Enemies will include interviews with those close to the duo and new information about their (very) public falling out.

For a primer on their twenty year relationship, as well as a sneak peak of what’s to come in the documentary, read below.

1. West Was Signed to Roc-A-Fella Records in 2000 & Is Credited With Reviving Jay’s Career

Jay-Z began his rapping career in the late 1980s, but he didn’t breakthrough until the release of his debut album Reasonable Doubt in 1996. Through critical praise and a continuos presence on the Billboard charts, Jay proved himself to be one of the genre’s vanguards by the turn of the millennium.

Then Kanye West came in. A struggling producer from Chicago, West was signed to Roc-A-Fella Records in 2000 and subsequently produced the bulk of Jay’s albums The Dynasty: Roc La Familia (2000) and The Blueprint (2001), the latter of which was instantly hailed as a classic.

This collaboration proved mutually beneficial. West’s reputation as a producer was established, and Jay was given a fresh sound to explore for the next half decade. West contributed to the albums The Blueprint 2: The Gift & The Curse (2002) and The Black Album (2003) as well. Among the most notable singles they released during this period were “Izzo (H.O.V.A.)” , “Heart of the City (Ain’t No Love)” , “03 Bonnie & Clyde” , and “Encore.”

Jay returned the favor by appearing on West’s first two albums, The College Dropout (2004) and Late Registration (2005). Both would go on to win the Grammy Award for Best Rap Album.

2. Their Collaboration Album ‘Watch the Throne’ Went Platinum in 2011

Jay and Kanye’s musical relationship culminated with the release of Watch the Throne in 2011. After a string of beloved collab singles (“Diamonds from Sierra Leone (Remix)“, “Run This Town” , “Monster“), the rap maestros decided to team up for a full album, and the result was an opulent, sprawling ode to fame and success. Watch the Throne debuted at number one on the Billboard 200, where it spawned the chart-topping singles “Otis” and “N***as in Paris” and was eventually certified platinum.

The accompanying Watch the Throne Tour was equally successful, earning critical praise for its production and the chemistry between Jay and Kanye. Watch the Throne would go on to gross a whopping $75 million in 2012, which was then the highest grossing hip-hop tour of all time.

Due to the album’s overwhelming popularity with fans, there has been rumors of a possible sequel. West shut these rumors down in 2016, however, when he went on a rant during his Saint Pablo Tour. He explained that “The Throne” was supposed to appear on Drake‘s single “Pop Style“, but due to Jay’s streaming politics, their verses were removed from the final version.

Noticeably upset by this, West claimed that there will “never” be a Watch the Throne 2 because of this “Tidal-Apple bulls***t.”

3. They’ve Since Criticized Each Other for ‘Being Different’ in the Media

West’s aforementioned rants have become something of a tradition on his tours. And nowhere was this more apparent than in October 2016, when the rapper voiced his anger over Jay’s increasingly cold attitude towards him (watch above).

“I’ve been sent here to give y’all my truth even at the risk of my own life, my own success, my own career. Jay-Z—call me, bruh. You still ain’t called me. Jay-Z, I know you got killers. Please don’t send them at my head. Please call me. Talk to me like a man.” West would go on to criticize Jay for not contacting him after Kim Kardashian’s robbery in Paris. He was subsequently checked into a hospital and was said to be suffering from a mental breakdown, according to Daily Mail.

Initially, Jay was quiet on the matter, but he hit back with a vengeance when he released his new album 4:44. On the track “Kill Jay Z”, he disses West, citing his mental problems and his monetary investments as the reason why their friendship has suffered. Read the full verse below:

You walkin’ around like you invincible
You dropped outta school, you lost your principles
I know people backstab you, I felt bad too
But this ‘f**k everybody’ attitude ain’t natural
But you ain’t a Saint, this ain’t KumbaYe
But you got hurt because you did cool by ‘Ye
You gave him 20 million without blinkin’
He gave you 20 minutes on stage, f**k was he thinkin’?
“F**k wrong with everybody?” is what you sayin’
But if everybody’s crazy, you’re the one that’s insane

4. ‘Public Enemies’ Claims That Their Wives’ Rivalry Has Added to the Feud

In an early review of Public Enemies, The Telegraph claims that another factor in Jay and Kanye’s falling out was the latter’s marriage to Kim Kardashian. This is supported by interviews from close friends like GLC, who claims “The guy that I see now, that’s not the guy that we knew back then, that’s not the same person.”

Additionally, writer Julianne Escobedo Shepard said “It does really seem like Jay-Z and Beyoncé have distanced themselves from Kanye since he’s been together with Kim.”

Reports from outlets like Page Six seem to confirm this thinking. An insider claimed: “[Kanye’s] rant was really about Kim and Beyoncé not being BFFs. Kanye is frustrated that his wife does not have a better relationship with Beyoncé. He wanted to put that pressure on Jay. It’s like, ‘We’re cool and we do business together, and now our wives should be friends?’ ”

5. West Has Threatened a Lawsuit Against Jay’s Streaming Service Tidal

Earlier this month, TMZ reported that West doesn’t want to enter into any more exclusive album releases or contracts with Jay-Z’s streaming platform Tidal. Given that his album The Life of Pablo (2016) brought in 1.5 million new subscribers for Tidal, West complained that he was not properly compensated for a bonus that he was promised.

Whenever he does release new material, he plans to make it available on as many music platforms as possible– directly opposing the Tidal agreement he made in 2015. Conversely, Tidal claims that West didn’t fully deliver on his contract, and as far as they’re concerned, he still has an exclusive contract that will result in a lawsuit if broken. TMZ adds that if Tidal sues West, his legal team will sue them right back. 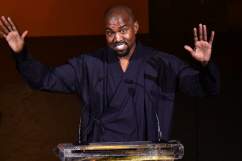