On tonight’s episode of The Bachelorette, Rachel Lindsay takes the three remaining men home to meet her family. Previously, when Lindsay was a contestant on Nick Viall’s season of The Bachelor, viewers did not get to meet her father, as he was dealing with important business. So, what does her father do exactly? Sam A. Lindsay is a federal judge, so it makes sense that his daughter would also explore a career in law. And, according to Us Weekly, Judge Lindsay was appointed to his high-ruling position by President Bill Clinton in 1998. Viewers did get to see Viall meet Lindsay’s mother Kathy, though, and Kathy had questions for him when it came to interracial dating.

Though Nick Viall did not get to meet Judge Lindsay on television, he did confirm that they met off-camera in a tweet, writing:

I had the pleasure of meeting Rachel’s father off camera. Like the other fathers, he was wonderful. Thank u 2 all the families. #thebachelor.

Tonight, Rachel Lindsay brings Eric Bigger, Bryan Abasolo and Peter Kraus “home” to meet her relatives, but her family has some reservations. One example is that Mom Kathy wonders if Kraus is “the one” since he has hesitation about getting engaged. Previously, show host Chris Harrison said that due to the privacy needs of a federal judge, Lindsay’s dad could not appear, so we’ll have to see which relatives of Lindsay we will meet tonight. Perhaps the family’s privacy is the reason they do not reportedly film their “home” date in the family’s actual house. Reality Steve explained:

I was able to get the location of the house they used, which is one that is currently up for sale in a very affluent neighborhood of Dallas called Highland Park, which is near downtown. So for all those who ask every season “Are these really the homes of the families for the show? They always seem so perfectly done,” well, when you’re watching these three “hometowns” for Rachel, just know that’s not her family’s house. It’s an empty house that just happens to be 7800 sq ft, with 5 bedrooms and 8 bathrooms currently on the market for $3.85 million.

While the location may have been chosen based on the privacy of Lindsay’s father, Reality Steve reports this is not uncommon and has been done in the past on the show. He further explained that:

In the past, plenty of hometowns are shot at the parents home. And plenty haven’t been. Either they’ll go to an open house, a house for sale, or a relatives.

Check out the details on the house where Lindsay and her family filmed by clicking here.

Now, when it comes to what her parents think about her being a part of the Bachelor/Bachelorette franchise, Lindsay says that they wouldn’t necessarily choose this for themselves. Wetpaint reports Lindsay saying:

They’ve been married for 38 years. And they want me to have that, because they know how much I want it to … So although this might not be the way they would do it, they’re so supportive.

Tune in tonight to get to know more about Rachel Lindsay’s family on The Bachelorette. 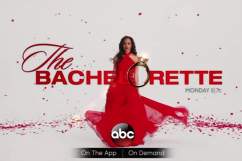 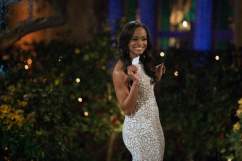