It seems Lauren Bushnell may have a new man in her life. This past weekend, she was caught taking a sunset pic in Maui with a new man– 28-year-old Devin Antin.

1. It’s Believed They Were Friends Before the Show

Multiple outlets are reporting that Bushnell and Antin met two years ago, but were strictly friends– sources say was nothing romantic going on between them when Lauren left to be on The Bachelor.

Sources tell TMZ that they reconnected after Lauren’s split form Ben in May.

2. Devin Is a 28-Year-Old Real Estate Investor from LA

According to TMZ, Devin is a 28-year-old real estate investor from Los Angeles.

After her split from Ben, Lauren said she was determined to take her next relationship slower. An insider, however, shares with E! Online, that she and Antin dating exclusively and “It happened fast.”

3. The Couple Was Reportedly on a Weeklong Vacation in Hawaii

Bushnell and Antin were spotted in Maui this past weekend, where TMZ says they were reportedly on a week-long vacation.

4. Last Month, Rumors Suggested Lauren Was Getting Back Together with Ex Boyfriend Sean Evans

Devin isn’t the only one who’s made the news when it comes to Bushnell.

Last month, rumors swirled that Lauren had rekindled her romance with ex-boyfriend Sean Evans, who she dated for three years before breaking up in 2015.

In June, Lauren’s social media followers noticed that Sean started popping up on her Instagram– the couple also appear to have celebrated July 4 together. Then, they were spotted at an LA Dodgers game. In mid-June, an insider told E! Online, “Sean has always been there for Lauren, even after their rocky breakup years ago… Lauren knows she can always lean on Sean.”

5. Lauren Split from Ex-Fiance Ben Higgins in May

Lauren was the winner of The Bachelor on Ben Higgins season. The couple split three months ago.

In June, Bushnell told US Weekly, “We check in on each other occasionally. Obviously some things that we need to talk about like if he gets a package to our house or mail. So, friendly terms — yes… It’s not like talking everyday or not a lot of small talk. It’s just checking in and making sure we’re OK, but then we also are giving each other the space that we both need to move forward.” 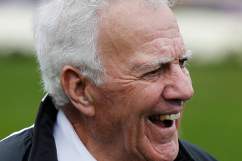