Jared Leto is one of the hottest and most eligible bachelors in Hollywood these days, but based on recent interviews,  he’s too busy focusing on music and acting to have a girlfriend.

BALMAIN TAKES LA ? Thank you @olivier_rousteing for having me last night?

This past week, the actor was asked if he has time any for himself. According to Just Jared he joked, “It’s called Tinder.” Leto later added on, “I actually don’t have much of a personal life, but I love my work,” he told E! News. “To me, I’d rather write a song than go to a party. I’d rather work on a piece of content or do something that I’m excited about than a lot of other things.”

Most recently, Leto was linked to Russian model Valery Kaufman. Pics of the two grabbing an early lunch were taken in late July in NYC, according to Just Jared. Kaufman is an active participant in NYC, Paris, and Milan fashion weeks, and has modeled for designers like Alberta Ferretti, Alexander Wang, Alexandre Vauthier, Balmain, Blumarine, Chanel, Christian Dior, Diane von Furstenberg, Dolce & Gabbana, Elie Saab, Emilio Pucci, Fendi, Giambattista Valli, Giorgio Armani, Givenchy, Gucci, Louis Vuitton, Nina Ricci, Oscar de la Renta, Prada, Tom Ford, Valentino, Versace, and Saint Laurent, among others. In 2014, she was named one of the Top 50 Models by Model.com, and one year later, she became the “Model of the Year 2015” by Gramour Rusia.

Jared and Kaufman were first linked back in 2015, when they were seen kissing after a lunch date in NYC, according to the Daily Mail. Neither has commented on the romance, and they haven’t appeared on on another’s social media accounts, so it’s likely the July meet-up was nothing more than friends catching up.

Leto, after all, doesn’t often talk about romance in interviews– he tends to keep the focus on music and acting.  He rose to fame in the ’90s on the TV series My So-Called Life, before making his film debut in How to Make an American Quilt in 1995. It was in 1999, while filming Fight Club, that he began dating Cameron Diaz. In 2000, the two became engaged. The engagement was called off in 2003.

Another woman stole his heart before Diaz came along– in 1991, Leto attended the premiere of Vanilla Ice’s ‘Cool as Ice’ with Soleil Moon Frye– better known as Punky Brewster. The two were rumored to have dated that year.

In 2004, Leto dated Scarlett Johansson, and a picture of the two of them together (well, kind of together– Leto was looking at his phone while Johansson was trying to kiss him) went viral. The romance struck up again in 2012 at the DNC. In a 2016 Cosmo interview, Pop Sugar reports Scarlett as making a statement many believe is referring to Leto: “Long, long ago, I had someone in my life who was forever unavailable . . . but, like, so attractively unavailable.Rock bottom is the moment when you’re like, ‘I’ve lost myself. Why am I standing outside this bar at 1:30 in the morning texting while my friends are inside? Or taking a taxi to see him at some ungodly hour? This isn’t me.’ That is the moment you’ve gotta cut it off. Otherwise, it will keep coming back, suck your blood.” 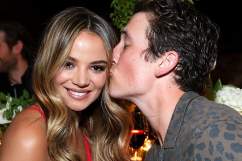 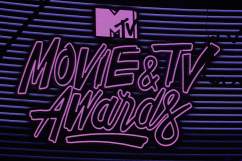