Kendrick Lamar is opening up the 2017 MTV Video Music Awards and he is also nominated for eight VMAs tonight. Many women are swooning over the accomplished star, but he has been engaged to fiancee Whitney Alford since April 2015. In an interview on Power 105.1’s “The Breakfast Club”, Lamar confirmed the news, saying:

Yeah, definitely. I’m loyal to the soil … At the end of the day, you want to always have real people around you, period. Everybody that’s been around me, they been around me since day one, and I can’t change that. I always show respect when respect has been given. People that been by your side, you’re supposed to honor that.

Lamar also gushed to Billboard that:

I wouldn’t even call her my girl. That’s my best friend. I don’t even like the term that society has put in the world as far as being a companion—she’s somebody I can tell my fears to.

Lamar talked about how his relationship goes way back to high school and told Interview Magazine:

The main one is a friend of mine — a lady friend who has known me since high school. She has always been someone, since day one, who has said something whenever I’m an asshole, or also if I’m doin’ something positive — but more so when I’m out of my element

So, it looks like Whitney Alford is the main woman in Lamar’s life and little is known about his dating life before her, though WhosDatedWho has previously linked Lamar to model Lira Galore, but neither of them have confirmed the romance rumors. According to the site, Galore has also been engaged to Rick Ross and even dated Meek Mill. Galore once appeared on the show Fix My Life and said that her relationship with Ross proved to be toxic.

While many music artists have a long list for their dating history, Kendrick Lamar appears to be a loyal guy whose heart rests with just one woman.

For more information on Whitney Alford: 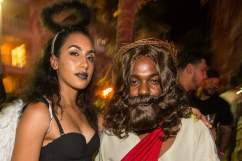