Liza Koshy has been named the host of the Total Request Live (TRL) reboot coming to MTV this fall. Although the name may not be super familiar to you, Koshy, 21, is the “fastest YouTube personality thus far to reach 10 million subscribers,” according to The Hollywood Reporter. She has quite the social media following, which you can read about below.

In the social media world, you may know her better as “Lizzza.” According to the Gazette Review, Koshy has an estimated net worth of $1.5 million.

TRL will air its first reboot episode on October 2. The show will run for one hour per day to start. If it’s successful, MTV execs may up the on-air time by one or two hours, according to the New York Times.

1. Liza Koshy Will Host ‘TRL’ Along With 5 Others

laughing at the people who think santas not real. idiots. merry christmas from this happy potato to you! hope you're having an amazing time with family and friends but most importantly, hope you received some dope presents. much love to you all! ❤️

According to The Hollywood Reporter, Koshy has signed an overall deal with the network in which will help develop new projects.

“The Viacom-owned cable network has enlisted social media star Liza Koshy to provide on-air hosting duties to its forthcoming TLR revival set to launch in October. The gig is part of a larger first-look overall deal with Koshy, who also will develop new projects for the cable network. The pact will see Koshy appear periodically on MTV throughout the year,” the site reported on Wednesday.

2. Koshy Is a Social Media Star With Over 13 Million Instagram Followers

laughing because a bunch of fish are swimming in my pee

So, what’s next for Koshy? She could join the ranks of one other YouTube star, PewDiePie, a Swedish comedian and video producer, and be awarded a Ruby Play Button if she hits 50,000,000 subscribers.

3. Koshy Has a Few Acting Credits to Her Name

lactose intolerant, in an ice cream shop, and practicing my toilet poses thanks to @REVOLVE • having an explosive time staying at #hotelREVOLVE! the #REVOLVEfestival has been so bomb, thank you babes ?

Koshy has turned her internet fame into something more, starring in a few shows over the past couple of years. If her face looks familiar to you, it might be because you’ve seen her in the Hulu series, Freakish. She portrayed the role of Violet Adams in the 10-episode first season which aired in 2016.

Koshy has also been in two movies: Boo! A Madea Halloween and FML, both of which came out last year.

Koshy is currently in the YouTube Red Original series, Escape The Night, a surreality competition series. You can watch the trailer for the current season below.

ESCAPE THE NIGHT SEASON 2 | Official TrailerThe YouTube Original Series Escape the Night returns for a thrilling second season, as Joey’s friends are invited from the modern world to attend a masquerade party in the Victorian era. Trapped by an evil Sorceress, the guests must solve puzzles and compete against each other in order to escape with their lives. #EscapeTheNight #ETN2…2017-06-08T18:00:03Z

Koshy and Dobrik started dating in November 2015 and their relationship has been documented on social media for all fans to see. They often share photos on Instagram, showing off their love — and fans enjoy seeing the two together. Of course, the happy couple has also posted a ton of videos together, one of their most popular being “Target With Liza and David.” You can check it out below.

While Dobrik isn’t as popular as his girlfriend, he does have a few million people watching his vlogs on a regular basis. His vlogs are fairly typical for a kid his age; they tend to consist of him and his friends joking around with each other, just being guys — sometimes silly, other times a little bit dangerous (and sometimes stupid).

the calm before the storm. i'm in my bathroom.

Koshy is Indian and Caucasian. She has referred to herself as “milk chocolate” and uses the tagline, “just a little brown girl with big dreams.” Born in Houston, Texas, to parents, Jean Carol (Hertzler) and Jose Koshy, Liza has two siblings, Olivia and Rahel. You can see a photo of Liza’s parents here.

Below is a little bit more about Koshy’s heritage and family tree, according to the site, EthniCelebs.

“Liza’s maternal grandfather was John Asa Hertzler (the son of Asa Miller Hertzler and Rebecca Susanna Shenk). Liza’s grandfather John had mostly Swiss-German and German, along with some English, ancestry, with roots in Rhineland-Palatinate and Baden-Württemberg, Germany; Bern and Zürich, Switzerland; and Northumberland, England. Liza’s great-grandfather Asa was the son of Joseph Kanagy Hertzler and Nancy J. Miller. Rebecca was the daughter of John M. Shenk and Frances Annie ‘Fannie’ Good. Liza’s maternal grandmother was Rebecca Evans Henkels (the daughter of George Jacob Henkels and Johanna Hammer). George was the son of John S. Henkels and Mary E. Knight. Johanna was born in Pennsylvania, to parents from Germany.” 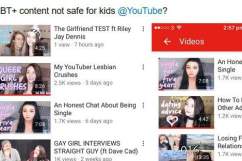 Read More
5 Fast Facts, MTV, Youtube
Liza Koshy is the new host of 'TRL.' She is a social media star with millions of followers on YouTube.