Miley Cyrus is set to appear at the MTV Video Music Awards later this month and tonight, she will be honored with the Ultimate Award at the 2017 Teen Choice Awards. Cyrus is an 18-time winner at the TCAs, so tonight’s honor is in tribute to her involvement in TEEN CHOICE for more than a decade. And, Cyrus is only the sixth person to receive the award and she is nominated for four additional awards this evening.

After taking some time off to re-make her image and focus on new music, Cyrus returned to the music scene with a more innocent and care-free look, along with a single called “Malibu.” Her upcoming album “Younger Now” is due out in September 2017 next month, according to Billboard. The album, like her single “Malibu,” is a major step away from her previous works.

Other projects that Miley Cyrus has coming up include being a part of Apple Music’s Carpool Karaoke series and returning to The Voice as a coach again.

In addition to Cyrus being an award recipient tonight, there are three other big honors being given out this evening in addition to the regular categories in the program. Bruno Mars is set to receive the Visionary Award, Maroon 5 is picking up the Decade Award and Vanessa Hudgens is the recipient of the #SeeHerAward. 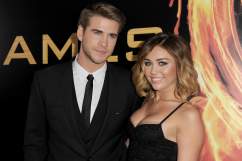 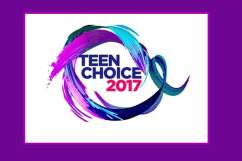