Fans are reacting mercilessly to that scene between Sam and Gilly on Game of Thrones. And they should. Sam totally missed something incredibly important.

Here are all the best memes, tweets, and reactions about “Sam interrupted.”

This post has spoilers for Season 7 Episode 5 of Game of Thrones.

GILLY WAS LITERALLY PROVING R+L=J AND SAM DID NOT LISTEN I AM UPSET ??? #GameOfThrones #GoTS7 #ThronesYall pic.twitter.com/zG0ZFKM1Z0

Come on Sam. First you just blew off Stannis’ news about dragonstone until you found it a long time later in the Citadel. But now you’re missing Gilly’s important news too?

Gilly read a note that essentially told us that Jon Snow’s parents, Rhaegar and Lyanna Stark, were secretly married at the Tower of Joy in Dorne. That means Jon is not a bastard. It means Jon has a legitimate claim to the Iron Throne.

But did Sam notice or care?

Me when Gilly all but confirms R+L=J and Sam doesn't care. #GameofThrones pic.twitter.com/0IdD1Pa5Pl

Some women are saying this happens to them a lot.

Gilly: drops knowledge; Sam: snaps at her; every woman, every where: #GameOfThrones #ThronesYall pic.twitter.com/qjyv6ioHXi

But male or female, I think we can all agree that this moment was really frustrating.

GILLY: SOME REGGAR GOT AN ANNULMENT AND GOT MARRIED AGAIN
SAM: I'M OUT. HERE BABY HAVE THE BOOK
ME:#GameOfThrones pic.twitter.com/01slEf5Ob1

YOU GUYS. GILLY JUST MADE THE MOST IMPORTANT DISCOVERY EVER AND SAM WAS JUST LIKE #ThronesYall #GameOfThrones pic.twitter.com/mTCac22slt

Gilly literally just said the most important line out of this entire series and Sam missed it lmaooo  #GameofThrones pic.twitter.com/9U0sObGOzk

We were all pretty upset about that scene.

This is how we felt:

All of us to Sam rn #GameOfThrones pic.twitter.com/VaHgtORsGN

Do you think Sam will ever realize what he’s done, or will he stay happily ignorant and this was just a little gem for fans?

Learn more about what Gilly revealed in Heavy’s story below: 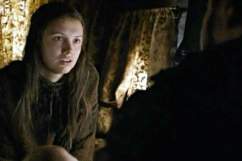 ‘Game of Thrones’: What Marriage Did Gilly Read About to Sam? [S07E05 Explained]

Read More
Game Of Thrones, HBO, TV
Fans are reacting mercilessly to that scene between Sam and Gilly on Game of Thrones. See the best memes, tweets, and reactions.