Last week, Irish singer-songwriter Sinead O’Connor posted an alarming video on Facebook, saying she was suicidal and living in a New Jersey motel. Although a later post on her page said she is no longer suicidal, fans of her work remain worried about her health.

On August 9, Radar Online and the Daily Mail both reported that O’Connor was receiving hospital care now. Heavy.com spoke with South Hackensack Police Captain Robert Kaiser, who said they had no record of her being taken to the hospital.

O’Connor, who shot to fame in 1990 with her recording of Prince’s “Nothing Compares 2 U,” has struggled personally in recent years. The 50-year-old told Oprah Winfrey in 2007 that she was diagnosed with bipolar disorder and said in the new video that she suffers from three different mental illnesses. She has also admitted to attempting suicide three times.

O’Connor has been married four times and has four children from four different relationships. Her eldest son is Jake Reynolds, whose father is John Reynolds. She has a daughter, Roisin, from a relationship with journalist John Waters. Her third child is Shane, whose father is Donal Lunny. In 2006, she gave birth to Yeshua Francis Neil Bonadio, whose father is Frank Bonadio.

Here’s what you need to know about O’Connor’s health status.

1. In the Video, O’Connor Says She Is Cut Off From Her Family & Has Wanted to Kill Herself in the Past 2 Years

The alarming video was posted on Facebook on August 3 and has been seen over 923,000 times. At the start, O’Connor says she hopes that the video will help the millions of others suffering with mental illnesses and feeling suicidal.

In the video, O’Connor says she has wanted to kill herself during the past two years and has felt alone since she lost custody of her 13-year-old son Shane.

“I’m all by myself, there’s absolutely nobody in my life,” O’Connor Said in the video. “I’m now living in a Travelodge motel in the arse-end of New Jersey.”

“[No one] except my doctor, my psychiatrist — who is the sweetest man on earth who says I’m his hero — and that’s about the only f**king thing keeping me alive at the moment. The fact that I’m his bloody hero … and that’s kind of pathetic,” O’Connor told her fans.

She said her family is treating her “like s**t,” adding that it is a “witch hunt.” She added that if there was really no one in her life, she would be “gone” already, but she knows there are millions of people also fighting suicidal thoughts.

“If it was just for me I’d be gone. Straight away back to my mum … because I’ve walked this earth alone for two years now as punishment for being mentally f**king ill and getting angry that no one would f***ing take care of me,” O’Connor said.

“Mental illness is a bit like drugs, it doesn’t give a s*** who you are. Equally what is worse is that the stigma doesn’t give a s*** who you are,” she says in the video. “I have been wanting to go for two f***ing years. I’m a 5’4” little f***ing woman wandering the world for two years by myself. Nobody in my f***ing life … It’s a crime and it should not be acceptable to any man that knows me or claims to love me.” 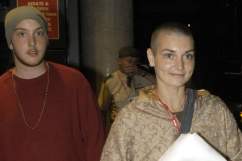 2. O’Connor’s Representatives Said She is ‘Safe & She Is Not Suicidal’

A day after O’Connor posted the video on Facebook, she shared the address of the hotel in New Jersey she was staying at. On Monday, August 7, her representatives posted a statement on Facebook, claiming that she was safe and is “not suicidal.”

Hi everybody, I am posting at Sinead’s request, to let everyone who loves her know she is safe, and she is not suicidal. She is surrounded by love and receiving the best of care. She asked for this to be posted knowing you are concerned for her. I won’t respond to any questions, so please understand. I hope this comforts those of you were concerned.

The New York Post’s Page Six spoke with a woman who claims she stayed at the Travelodge with her boyfriend. “She had a hospital band on her wrist,” the woman claimed, adding that she hasn’t seen O’Connor since Friday. However, her black Chevy HHR was still in the parking lot at the time of the interview.

“Whatever you think of Sinéad, she’s showing courage in laying bare her problems and shedding light on the fight millions have with depression,” a source told the Post. “I hope she stays with us. She may save someone else’s life in the process.” 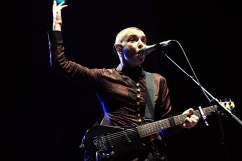 3. She Told Oprah Winfrey in 2007 She Was Diagnosed With Bipolar Disorder & Attempted Suicide in 1999

During a 2007 interview with Oprah Winfrey, O’Connor told the talkshow host that she was finally diagnosed with Bipolar Disorder when she was 37. She said her erratic behavior was influenced by her terrible childhood and her disorder. She grew up in an abusive household and her mother died when she was 17. In her 20s, she started to suffer from depression.

In 1999, on her 33rd birthday, O’Connor attempted suicide for the first time.

“The volume just slowly went up and up and up,” she told Winfrey, noting that her depression grew worse between the ages of 23 and 37. “It’s almost very difficult to explain when you are the person that suffers from the thing, but the best way I can describe it is it’s almost like before you get ill, you are a solid wall,” Sinéad says. “And while you’re ill, it’s like the bricks are falling away and it’s one teetering little brick.”

In 2007, O’Connor told Winfrey that her life was getting better thanks to medication.

“Everything just became too much, and the best way I can describe it to you is you’re so sad, just terribly sad, that you’re like a bucket of water with holes in it. Every pore of you is crying and you don’t even understand why or what,” the singer told Winfrey. “I actually kind of died and got born again as a result of taking the meds and having a chance to, you know, build a life.” 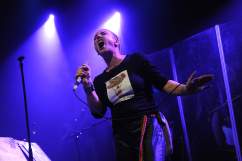 4. In November 2015, O’Connor Attacked her Ex-Husbands on Facebook, Blaming Them for Provoking Her Suicidal Thoughts

In November 2015, O’Connor sparked a suicide scare by posting a note on Facebook and announcing that she overdosed.

“The last two nights have finished me off,” O’Connor wrote on Facebook. “I have taken an overdose. There is no other way to get respect. I am not at home, I’m at a hotel, somewhere in Ireland, under another name. There is only so much a woman can be expected to bear.”

She claimed her family abandoned her after her hysterectomy in August 2015.

“Apparently I’m scum,” she wrote in a now-deleted post. “Well done guys, you’ve finally got rid of me. Sorry the penny didn’t drop sooner. I’m an idiot. Everyone is better off. Never do this to a woman again.”

Police in Ireland told Us Weekly that O’Connor was found safe after the message was posted.

When O’Connor returned to Facebook, she called out her ex-husbands and children by name, claiming that they provoked her suicidal thoughts.

“Jake, Roisin, Jr., frank, Donal, Eimear, I never wanna see you again,” she wrote, referencing her ex-husbands. “You stole my sons from me. Then you had hypocrisy to come to hospital and then not be here when I wake and not pick up phone? I’m s–t to you.” She wrote to her children, “You’re dead to me. You killed your mother.” 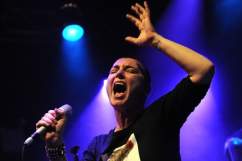 5. O’Connor Was Reported Missing in May 2016, but Was Found Safe in a Chicago Suburb

In May 2016, O’Connor was reported missing in Wilmette, a suburb of Chicago, and there were concerns that she was suicidal. TMZ reported at the time that she went out for a bike ride and wasn’t seen for hours. Police classified her as “missing suicidal.”

After she was found, police told WGN-TV that she was “safe and no longer considered a missing or endangered person.” She was taken to the hospital after police found her.

According to People, before she went missing, O’Connor wrote a post on Facebook directed to her son Jake Reynolds. “Do not abandon your brother or any other of my babies again,” she wrote in a now-deleted post. “What you have done to your brother and your mother is LITERALLY criminal.” 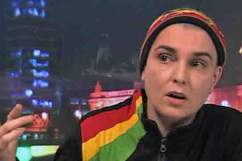