The 2017 Teen Choice Awards airs tonight at 8 p.m. ET/PT on FOX and there is a long list of stars set to appear at the event. Youtube star Jake Paul will be one of the pre-show performers, appearing with his band Team 10, and he will also be hosting the Teen Fest pre-show. Other musicians set to perform at the pre-show include Echosmith, Bea Miller, Hey Violet, new Hope Club, Sleeping with Sirens and PRETTYMUCH.

If you’d like to watch the pre-show, which is titled “Teen Fest,” you can check it out in the above live stream video. As for footage specific to the red carpet, viewers can watch the Red Carpet Live in VR 180 via the below video.

The Teen Choice Awards is a program that focuses on the top moments in fashion, digital and comedy, awarding stars with the coveted TEEN CHOICE Surfboard Awards. In addition to the regular nominees tonight, several big celebrities will receive major honors. These four star recipients include:

Vanessa Hudgens is honored with the #SeeHerAward.
Maroon 5 will receive the Decade Award.
Bruno Mars is this year’s recipient of the Visionary Award.
Miley Cyrus is getting the Ultimate Award tonight.

As for the other nominations, Selena Gomez leads with nine nominations and Justin Bieber is second with seven nominations this year. Recently, Bieber canceled the remainder of his tour to take time to himself, so he may not be attending this year’s ceremony. The official statement released upon the announcement was this:

Justin loves his fans and hates to disappoint them. He thanks his fans for the incredible experience of the Purpose World Tour over [the] last 18 months. He is grateful and honored to have shared that experience with his cast and crew for over 150 successful shows across 6 continents during this run. However, after careful consideration he has decided he will not be performing any further dates. Tickets will be refunded at point of purchase.

Bieber then published his own statement in the below Instagram photo: 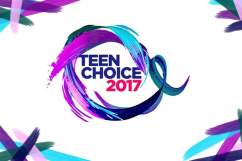