The 2017 Teen Choice Awards airs tonight at 8 p.m. ET live/PT time delayed and there are several huge performers in the lineup to hit the stage. Prior to the TCAs, there will be a live pre-show, which airs online at 6 p.m. ET. Performers who are participating in the pre-show, which is called Teen Fest, include Jake Paul with Team 10, Echosmith, Bea Miller, Hey Violet, new Hope Club, PRETTYMUCH, Sleeping with Sirens and STEP. If you’d like to watch the pre-show online via live stream, you can check out the streaming video by clicking here.

As for the performers for the main event, the 2017 Teen Choice Awards, performers include Rita Ora, Louis Tomlinson, KYLE, Lil Yachty, Bebe Rexha, Zara Larsson, French Montana, Rae Sremmurd and Clean Bandit. Get the details on some of their performances below. 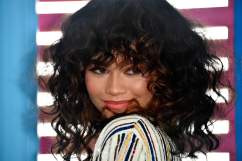 Don't worry, y'all — we're freaking out too because @Superduperkyle, @Lilyatchy AND @RitaOra are performing. ? #TeenChoice

Rita Ora is the opening performer, along with KYLE and Lil Yachty tonight. Ora will take the stage to deliver her latest single “Your Song”. Meanwhile, the show will also kick off with KYLE performing “iSpy”, featuring Lil Yachty. Then, Lil Yachty will perform his own song “Forever Young.”

Tomlinson is performing his song “Back to You”, which features Bebe Rexha, at tonight’s show. This is Tomlinson’s second solo single, released after his global smash hit, “Just Hold On,” with Steve Aoki.

Can't WAIT to perform at @teenchoicefox with @zaralarsson on Sunday. Make sure you're tuned in from 8/7c on @foxtv

Clean Bandit is set to take the stage and perform their songs “Rockabye” and “Symphony” with the help of Zara Larsson. Clean Bandit will also be backed by Santa Monica High School’s Samohi Orchestra students, according to FOX.

Have you heard?! @prettymuch will be performing LIVE at this year's #TeenChoice! Be sure to tune in 8/13 on FOX.

The boy band PRETTY MUCH was listed as a performer at the pre-show for the Teen Choice Awards, but recently, they were shown in the above Instagram post via the official Teen Choice Awards profile. And, in the post, it says they are TCAs performers. So, we will have to wait and see what goes down tonight. 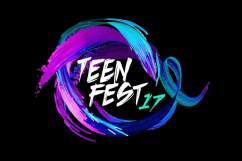