Getty O.J. Simpson during his parole hearing at Lovelock Correctional Center on July 20, 2017 in Lovelock, Nevada.

This month marks the tenth anniversary of the night O.J. Simpson went into a Las Vegas hotel room with a group of others to steal sports memorabilia he claimed belonged to him. Simpson was convicted in the case and was granted parole in July 2017. Since the case involved the former football player and accused murderer, it gained national attention. It’s also the subject of tonight’s A&E true crime documentary O.J.: Guilty in Vegas. The two-hour documentary debuts at 9:00 p.m. ET on Thursday, September 21. Here’s a preview of the film.

Guilty in Vegas includes never before released audio tapes and interviews with prosecutors and law enforcement officials who have not spoken about the case before. The interview subjects include Judge Jackie Glass, prosecutor David Roger and detectives Andy Caldwell, Linda Turner and Eddie LaNeve and robbery Sgt. Rod Hunt. Tom Riccio, the middleman in the robbery case, also provides details of the case that have never been heard publicly. Dr. Robert Schug also provides a psychological profile of Simpson.

Back in July, Simpson was granted parole and can be released from prison as early as October 1, 2017. He was originally sentenced to 33 years on charges related to the case, and was first granted parole for some of the charges he was convicted on but was not released.

Court documents in the case accused Simpson of breaking into a Las Vegas hotel room on September 13, 2017 with three other men to steal sports memorabilia at gunpoint. Simpson was arrested three days later and said the items were stolen from him and he denied breaking into the room himself. Simpson was found guilty on charges in the case on October 3, 2008, exactly 13 years after he was acquitted of the murders of Nicole Brown and Ronald Goldman.

CHANNEL: A&E. (To find out what channel A&E is for you, click here to go to TV Guide’s listings. Click “Change” next to provider to find your cable/satellite provider.)

EPISODE DESCRIPTION: “This two-hour premiere special analyzes with new details and revelations the case that led to Simpson’s conviction for armed robbery. The documentary will take viewers back to the scene of the crime in room 1203 at the Palace Station Casino and re-examine the chilling details that led to O.J. Simpson’s verdict.” 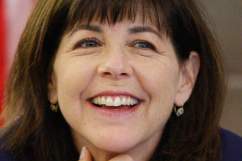