The most anticipated part of the BET Hip Hop Awards each year is the cypher performances. This year, there is a strong lineup of emcees who will enter the scene. Some cyphers showcase new faces, while familiar rappers make appearances as well. Read on for the run-down for each of the cypher performers.

cozy airport attire. headed to New Zealand & Australia for the first time. 8 shows back to back. taking my vitamins & shit. life is sexy.

Ricardo Valdez Valentine is more commonly known by his stage name 6LACK. He’s a singer, rapper and songwriter from Atlanta and his most well-known song is his single “Prblms”.

Mysonne hails originally from the Bronx and worked hard to stay out of trouble growing up. Unfortunately, he was charged with two armed robberies and sentenced to 14 years in jail, which were later reduced to 7 years. Mysonne maintains that the robberies were not committed by him. The Maven reported that Mysonne was released in 2006.

First Nigga In My Family With Some Legal Bread "WIN"????

Grizzley originally comes from Detroit and he is best known for his songs “First Day Out”, “No Effort”, and “From the D to the A”. He has dealt with great pain in his life, with his mother being sentenced to 15 years in prison for drug trafficking in 2011. Then, in 2012, his father was murdered. According to BET, Grizzley has served time behind bars as well, on home invasion charges.

https://www.instagram.com/p/BaErPybjxd-/
According to XXL Mag, Axel Leon hopes to be bigger than Jay-Z and Eminem one day. He said he actually caught heat from friends for liking Eminem when he was growing up. Leon recalled:

I got weird and started liking Eminem. Not that it’s weird, but I was really into it and niggas was like, ‘Nigga, we cut from this cloth, you buggin” and I’m like, ‘Nah, this nigga’s dead nice.

https://www.instagram.com/p/BZ1_XmJgg8U/
Little Simz is a female British rapper, singer and actress and she had a supporting role on the BBC show Spirit Warriors. This year, she was the opening act for the Gorillaz on their Humanz Tour.

Cody Osagie’s stage name is Cozz. The rapper currently just has one album and one mixtape to his name.

Destin Route is a rapper from Atlanta, who goes by the name J.I.D, and his debut album “The Never Story”, was released this year on March 10, 2017. He is the opening act for the 4 Your Eyez Only Tour.

According to The Fader, rapper Kodie Shane named herself after a cowboy. Some may recognize her from appearing on Lil Yachty’s new Summer Songs 2 tape.

When Tomineek was in high school, he would rap the morning announcements in a segment called “Monday Rap Madness”, according to his blog. The segment later moved days and changed to #FridayFlow. At just 13 years old, Tomineek started posting videos of himself rapping on YouTube. Proceeds of his iTunes music sales were donated to less fortunate families all over the world.

They counted us out now we counting it up#soexcited

Fat Joe, aka head of the Terror Squad, is reportedly joining in on the cypher performances tonight. Over the past year, the albums he has released include “Plata O Plomo” and “The Book of Joe”.

https://www.instagram.com/p/BaCQ3e7lq2y/
Cydel Young goes by Cyhi the Prynce and in 2010, he signed with Kanye West’s GOOD Music label. According to AJC.com, Cyhi the Prynce is set to be in a cypher with Fat Joe, Kash Doll, and Rapsody. Eminem is rumored to be involved in this cypher.

https://www.instagram.com/p/BaFMkXJHlBY/
In addition to being a rapper, Belly is also a song-writer. He actually co-wrote Beyoncé’s song “6 Inch”, featuring The Weeknd.

Y'all made this happen for me THANK YALL SO MUCH #rocnation #CO #SIGN #BY #THE #STREETS #Baeday2 on the way I WORK HARD FA THIS #BET ??

Ball Greezy is a Miami rapper, who is known for projects including Bae Day. Previously, he was featured on Flo Rida’s song “Drop That”.

https://www.instagram.com/p/BZ_nO-0hyBQ/
Curry’s most recent EP is titled “13” and he is a former member of Spaceghost Purrp’s Raider Klan Collective. According to Famous Birthdays, it was when he was on Lil Ugly Mane’s “Twistin” that he was thrust into the spotlight. He actually went to Design & Architecture High School before he decided that he wanted to pursue music.

https://www.instagram.com/p/BYUMXzYlt7q/
Ski Mask the Slump God recently teamed up with Offset for “With Vengeance.” Some of his popular hit songs have been “Kate Moss”, “New World Order” and “I Like Bricks”.

https://www.instagram.com/p/BZ4hDdGHn_W/
Zoey Dollaz’s career started to take off in 2015 with the release of his single “Blow a Check.” His first mixtape was released in 2012 and it was called “Love, Money, & Bullets.” 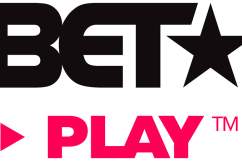 Read More
BET, BET Hip Hop Awards, Celebrities, TV
Check out the run-down on all the cyphers lined-up for the 2017 BET HipHop Awards.