The Story of Us with Morgan Freeman will premiere tonight, October 11, on National Geographic at 9pm ET/PT.

The six-part docuseries comes from the team who brought you Freeman’s last project, “The Story of God”, and follows the actor as he travels the globe, interviewing a diverse array of people to learn about their conceptions of freedom, justice, and ultimately, what binds us all as human beings. Some well-known figures will be interviewed in the series, including Bill Clinton and Nadya Tolokno.

Business Insider recently spoke to Freeman and the show’s producers, James Younger and Lori McCreary. Asked what made face-to-face the best way to tell these peoples’ stories, Freeman said:

Eye contact. Eye contact is part of any storytelling interview. Interviewing someone and having eye contact, you get much more information because the eyes talk, too. And going and sitting down with these people also gives it more legitimacy.

Younger explains that having Freeman narrate the series is particularly helpful. “Because he is Morgan, people tend to look at him and don’t think about the cameras, so it ends up becoming a very human conversation, a much stronger emotional connection. And Morgan’s so great at, you know, I guess, being an actor. He’s quite good at figuring out how to get people into these emotions.”

In #Morgan Freeman's new National Geographic show, "The Story of Us," the Hollywood ic… https://t.co/25ncQl4xVH

Read on to find out more specifics on when and where to watch the show.

Paul Kagame– the president of Rwanda

Megan Phelps-Roper– prominent member of the Westboro Baptist Church before leaving in 2012; she now advocates for ideas she once would never consider advocating

Bill Clinton– discusses holding power in the US and its implications 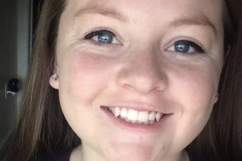 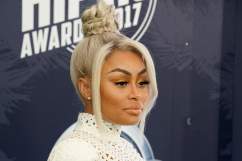