Ron Batzdorff/NBC Mandy Moore as Rebecca in This Is Us.

In This Is Us season two, episode three, “Deja Vu,” Rebecca (Mandy Moore) tries to rekindle her relationship with Jack (Milo Ventimiglia). She takes him to the parking lot outside Heinz Field, where they had their first date. She also plays a Billy Joel song to completely replicate that moment. The song is called “Why Judy Why.”

“Why Judy Why” was featured on Joel’s first solo album, 1971’s Cold Spring Harbor. You can find the complete lyrics at BillyJoel.com. It’s a very obscure Joel song, although it was featured in the 2002 jukebox Broadway musical Movin’ Out.

It feels bizarre for Rebecca to chose this song as the soundtrack for a make-out session with Jack during the most troubled moment of their relationship. “Why Judy Why” is a sad, quiet ballad that features Joel on piano and only accompanied by a guitarist.

In the song, the singer has just broken up with a girlfriend and feels exhausted. “A man my age is very young, so I’m told. Why do I feel so old,” Joel sings. He then tells a friend named Judy about his heartache. The Judy in the song is named after Joel’s older sister, Judith, notes One Final Serenade.

The 68-year-old Joel was only 22 when Cold Spring Harbor first came out in 1971 and was originally a flop. It’s rumored that after hearing the original release mix, Joel ripped it off a turntable and threw it down his street. Joel didn’t release another record again until 1973’s Piano Man came out. Twelve years after the original release, Cold Spring Harbor was reissued and remixed. By that point, Joel was one of the most successful American pop singers.

Cold Spring Harbor also includes “She’s Got A Way” and “Everybody Loves You Now,” which became well known after live versions appeared on Songs in the Attic. Of course, the album is named after Cold Spring Harbor in Huntington, New York, near where Joel grew up. 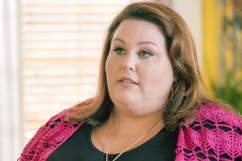 This Is Us Spoilers: Does Chrissy Metz Really Sing as Kate?