Legendary musician Tom Petty has died. TMZ had reported that Petty was still alive and “clinging to life,” but he ended up losing his battle. TMZ previously stated that:

Sources tell us at 10:30 Monday morning a chaplain was called to Tom’s hospital room. We’re told the family has a do not resuscitate order on Tom. The singer is not expected to live throughout the day, but he’s still clinging to life. A report that the LAPD confirmed the singer’s death is inaccurate — the L.A. County Sheriff’s Dept. handled the emergency.

TMZ originally reported that Tom Petty was found unconscious, not breathing and in full cardiac arrest. While TMZ has stated that a pulse was able to be found by EMTs, there are reports that Petty’s life support was pulled. TMZ has stated, “We’re told after Petty got to the hospital he had no brain activity and a decision was made to pull life support.”

Petty’s personal appearances manager told Fox News that the office had “no comment at this time.”

Petty, 66, is a legend in music and is known for his group Tom Petty and the Heartbreakers. Some of his famous hits include “Free Fallin'”, “I Won’t Back Down,” “Runnin’ Down a Dream” and “American Girl.” And, according to the Chicago Sun Times, last Fall, Petty had said that his 40th anniversary tour might be his “last big one.” Petty admitted to Rolling Stone at the time:

We’re all on the backside of our 60s. I have a granddaughter now I’d like to see as much as I can. I don’t want to spend my life on the road. This tour will take me away for four months. With a little kid, that’s a lot of time.

His body was found unconscious in his Malibu home and he was originally said to be in critical condition, according to the NY Times. From Malibu, Petty was taken to the UCLA Santa Monica Hospital and his body was reportedly found Sunday night.

See video footage from one of Petty’s final performances from just about a week ago below. 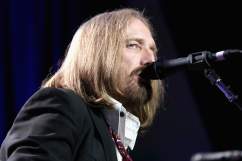