#Blackish fans, our host @TraceeEllisRoss gives you her top reasons to watch the #AMAs TONIGHT… I think the answer is pretty obvious! ☺️

Bruno Mars is the biggest nominee of the night, with eight nominations to his name. Unfortunately for Mars fans, he will not be in attendance because he is currently on tour. So, let’s get into some of the awards he’s nominated for, along with other big categories in the mix this year. Mars is up for Artist of the Year along with The Chainsmokers, who are also set to be presenters tonight. Drake, Kendrick Lamar and Ed Sheeran are also in this category. When it comes to New Artist of the Year, the nominees are Niall Horan, James Arther, Julia Michaels, Post Malone, and Rae Sremmurd. Horan is the only one of these nominees to also be a performer at the show. For biggest collaboration of the year, the nominees are “Closer” by The Chainsmokers featuring Halsey; “I’m the One” by DJ Khaled featuring Justin Bieber, Quavo, Chance the Rapper and Lil Wayne; “Despacito” by Luis Fonsi and Daddy Yankee featuring Justin Bieber; “Don’t Wanna Know” by Maroon 5 featuring Kendrick Lamar; and “Starboy” by The Weeknd featuring Daft Punk. Tour of the Year is a small category, featuring only Garth Brooks, Coldplay and U2. Video of the Year is another small category, made up of the songs “That’s What I Like” by Bruno Mars, “Despacito” by Luis Fonsi featuring Daddy Yankee, and “Shape of You” by Ed Sheeran.

This year’s recipient of the Lifetime Achievement Award is Diana Ross, the mother of tonight’s AMAs host Tracee Ellis Ross. In honor of the big event, the legendary Diana Ross is also reported to be performing. And, daughter Tracee Ellis Ross has said she will pay tribute to her mother’s fashion statements over the years in her outfit changes throughout the event. So, tune in tonight to check out all the nominees, performances and surprise moments. 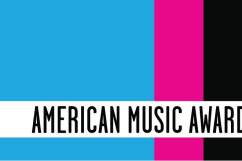