I am hosting the #AMAs red carpet LIVE 11.19! Spontaneous red carpet costume changes ready to go at any moment. @AMAs

The 2017 American Music Awards begin tonight at 8 p.m. ET/7 p.m. CT on the ABC Network and actress Tracee Ellis Ross is the show host. There are a ton of big performers ready to hit the stage, including Pink, Christina Aguilera, Selena Gomez, Lady Gaga, Kelly Clarkson, Nick Jonas, Kelly Clarkson and Diana Ross. The legendary Diana Ross will perform in honor of her receiving this year’s Lifetime Achievement Award. And, Pink is reported to be opening the show with the help of Kelly Clarkson, who is celebrating fifteen years since her American Idol win. In addition to this duo, there are a few other collaborations set for this evening’s big event as well.

Aside from the major performances of the night, many are waiting to see what their favorite celebrities are wearing on the red carpet. E! News will feature live coverage of the red carpet from 6 – 8 p.m. ET/PT tonight on the E! Network. But, there is also an official red carpet live stream available and it is also set to begin at 6 p.m. ET/3 p.m. PT. Click here to check out the American Music Awards Red Carpet Live, compliments of the official AMAs. This red carpet event will be showing live on Twitter for free to users as well as non-users, according to Footwear News. The red carpet live stream will also be interactive, as viewers can use the hashtag “#AskAMAs” to submit questions for their favorite artists.

This is the first time ever that the red carpet pre-show will be shown exclusively on Twitter. Gossip Cop reports that the official red carpet live stream will featured “exclusive interviews and a star-studded lineup of nominees, performers and presenters.” In addition, “fans will be able to engage in real-time conversation on the [Twitter] platform as some of the biggest moments of the night unfold.” Mark Malkin (known from E!), Real Housewives of Beverly Hills star and singer Erika Jayne, and actor Oliver Trevena will be the guides of tonight’s red carpet pre-show. Plus, AJ Gibson and Laura Marano will aid them in their hosting duties, along with celebrity interviewing. Marano is also set to take the AMAs stage tonight as a presenter. As for Erika Jayne, she has a new season of Real Housewives of Beverly Hills coming up, with season 8 set to premiere on Bravo TV at 9 p.m. ET/PT on December 19, 2017.

Selena Gomez will be taking the stage tonight as a performer and fans are hoping to see her on the red carpet with her rekindled flame Justin Bieber. Gomez is set to perform her song “Wolves.” Bruno Mars leads the nominees with a total of eight nominations, though he will not be present at the awards show to accept any awards, should he win. Mars is currently on tour. Lady Gaga will also not be present tonight, as she is on her Joanne World Tour. However, she is still performing. E! News reports that Gaga will perform remotely from her Washington, D.C. tour location. 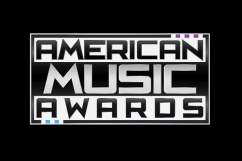