Diana Ross, who was once given the title ‘Female Entertainer of the Century’ by Billboard, has an estimated net worth of $250 million, according to Celebrity Net Worth.

The legendary singer, actor, and artist, launched her career in the 60s with The Supremes, singing hits like “You Can’t Hurry Love”, “Come See About Me”, and “Love Is Here And Now You’re Gone”. To this date, The Supremes are considered one of Motown’s most successful musical groups of all time, as well as one of the best-selling girl groups in history.

At tonight’s 2017 AMAs, Ross will be awarded with the Lifetime Achievement Award by her daughter, Tracee Ellis Ross, who is hosting the ceremony.

Read on to learn more about Diana Ross’s net worth:

Ross, Mary Wilson, Barbara Martin, and Florence Ballard signed with Motown Records in January 1962 under the name “The Supremes”. Just one year later, Martin left the group; the change didn’t rattle trio, though. By late 1963, they had their first hit with “When the Lovelight Starts Shining Through His Eyes”, which rose to No. 23 on the Billboard’s Hot 100 Pop Chart. That same year, Ross was assigned as the group’s lead singer.

By the late 1960s, Ross had started working on records for a solo career. Her final performance with The Supremes was on January 14, 1970. Four months later, she released her eponymous debut solo album, which contained the number-one Pop hit, “Ain’t No Mountain High Enough”, along with the Top 20 Pop hit “Reach Out and Touch.”

Towards the end of 1980, Ross left Motown Records to accept a $20 million recording contract with RCA Records. Ross then returned to Motown in 1989.

In 1971, Ross started to work on her first film Lady Sings the Blues, based loosely on Billie Holiday. The role won her a Golden Globe and Oscar nomination for Best Actress.

2. Her Connecticut Home Is Worth $39 Million

Ross has split much of her time between New York and her home in Greenwich, Connecticut. According to Variety, her Greenwich home is worth over $39 million, and is over 12,000 sq ft, equipped with 11 bedrooms and 8 bathrooms. Celebrity Detective reports that the home was built in 1930 and is located in the Belle Haven community. You can check out a picture of it here.

As of 2008, according to Variety, Ross’s New York City apartment on Fifth Avenue was worth $9 million, and included 3 bedrooms and 3 bathrooms.

Ross, who was born and raised in Detroit, has been married twice, and has five children. She was married to her first husband, music executive Robert Ellis Silberstein, from 1971 to 1977, and Arne Næss Jr. from 1986 to 2000. Ross’s son, Evan Ross, is an actor and musician, and married singer-songwriter Ashlee Simpson in 2014.

Diana Ross attends the Broadway opening night for “Motown: The Musical” at Lunt-Fontanne Theatre on April 14, 2013 in New York City.

Ross has two Hall of Fame stars and has sold 100 million records globally. She has released 22 albums to date– four of which have become top ten.

In 1993, Ross solidified her name in music history by being declared the most successful female music artist in history by the Guinness Book of World Records. In 2007, the 12-time Grammy nominee was the recipient of the Kennedy Center Honors, and five years later, was named the Grammy Lifetime Achievement Award. In December 2016, she was awarded a Presidential Medal of Freedom by President Barack Obama.

4. She Supports a Number of Charities and Foundations

The “Queen of Motown” was 1 of 25 African American women honored at Oprah Winfrey’s Legend Ball, which commended her artistry and contributions to art and entertainment.

Today, she even has a playground in her name. The Diana Ross Playground, located in Central Park, was initially set to be paid for with proceeds from two concerts Ross gave in 1983. However, a storm meant those proceeds would not cover the cost of the playground, and Ross vowed to use personal funds to cover the price of the project.

Campbell flew Ross, 68 at the time, by a private jet for the event, in Jodhpur, Rajasthan.

At the time of the bday bash, Campbell had been dating Vladislav Doronin for approximately four years. When it was Campbell’s birthday, Doronin flew in the Black Eyed Peas and Grace Jones to perform. The couple split in 2013. 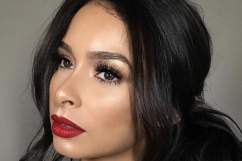 Bruno Mars Significant Other 2017: Who Is the Singer Dating?