The Mind Flayer Is Still Out There

Just because we saw the Mind Flayer doesn’t mean it will figure prominently in Season 3, however, Matt Duffer has said that they want a clean slate for Season 3 and don’t want to be boxed in. This doesn’t mean the Mind Flayer won’t have some kind of role, since it’s clearly still tracking the kids and probably drawn to Eleven’s power.

Sure, Eleven closed the gate that she opened in the Astral Plane when she first touched a Demogorgon. But now the most powerful creature (that we know about) in the Upside Down knows about Eleven. It will be seeking her.

There Will Likely Be a Time Jump

That kids are growing, and this requires time jumps to keep things realistic. Matt Duffer said that by the time they start shooing Season 3, the kids will be almost a year older. So they’ll have to include a time jump and let the show evolve accordingly.

If the story starts up a year in the future, our core group of kids will be in ninth grade. That will be pretty fun to watch.

Max and Billy figured prominently in Season 2 but we never really knew why. We’ll likely learn more about them and their mysterious past in Season 3. Billy’s dad appears to be some type of military man, so he could be hiding some secrets connected to the Upside Down or the experiments on Eleven.

Could Hopper or Dustin Be Infected?

Remember when a strange plant from those tentacles seemed to “spew” some type of poison onto Hopper, he breathed it in and got very sick? Then later, the same thing happened to Dustin. Well, the lab gave Hopper the all clear, so he seemed to get out of it OK. But Dustin was never checked out. He was wearing a rag over his nose, but cried out about something getting into his mouth. We don’t know if that was actually real, and he covered it up later pretending to be OK, or if that was just a joke. Season 3 might likely involve strange things happening to those two, rather than poor Will getting pushed around again.

Could We See Dr. Brenner in Season 3?

Eight insisted that Dr. Brenner was still alive, although she might have been saying that to manipulate Eleven. Eleven is convinced that Brenner’s dead, but never actually entered the astral plan to find out. So we’re left with that unanswered question and the possibility that Brenner might make a reappearance in Season 3.

Which Characters Will Return?

It’s a safe bet that the core kids will be returning to Season 3. And Will’s brother Jonathan should be back too. Although Max and Billy didn’t serve a super important role in the plot development of Season 2, there’s enough mystery surrounding Billy’s dad that he could figure prominently in the next season. That really just leaves us with Steve. He and Justin bonded, but Steve is no longer with Nancy. He doesn’t really have a reason to stick around, and could just take off and start college, not being seen again in the next season.

We do know that Lucas’ little sister, Erica, will be returning for Season 3.

What do you hope will happen in Season 3 of Stranger Things? Let us know in the comments below. 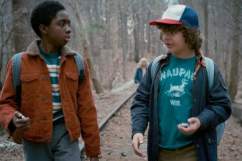 ‘Stranger Things 3’ Release Date: Do We Know When It Returns?