There has been a lot of speculation over the last few years that all (or at least some) of the Black Mirror episodes are actually taking place in the same universe, which means they should fit together into some kind of chronological order. Thanks to Season 4’s Black Museum episode, we now know this is definitely true. Yes, at least some Black Mirror episodes are taking place in the same universe, and we’re about to do our best to piece them all together. WARNING: This post will have MAJOR spoilers for Season 4 and previous seasons, as we attempt to piece together a chronology based on Easter eggs and plot points. This should only be read after you’ve seen all the episodes.

In an interview about Season 4, Charlie Brooker confirmed with Digital Spy that yes, Season 4 was going to provide compelling evidence that all the episodes are connected. Brooker said: “It does … now seem to imply that it’s actually all a shared universe, which was the opposite of the answer I used to give to this question.” After looking at the Easter eggs mentioned in Heavy’s article here, we can begin piecing together a few possible timelines for the chronology of the episodes in Black Mirror. First, we’re going to share the episode timelines that we can guess with the most assurance, based on Easter eggs specifically referencing other episodes and the state of technology. After that, we’ll make a “best guess” about how it all fits together into one big timeline. Scroll to the very last section to see the final timeline put together.

Looking at some mentions of the Hot Shot reality show compared to mentions of White Bear and Victoria Skillane, along with the treatment of cookies, we can piece together a chronology below. This is listed in order of earliest episode in the timeline to latest.

Shut Up and Dance (Before or simultaneously to White Christmas, due to mention of “One Smart Cookie!” tech in an ad)

White Christmas (A person in jail has the White Bear logo on his cell. But despite the company’s existence, evidence points to WC predating White Bear. The episode is likely after Shut Up and Dance because Shut Up talks about her trial, while WC talks about her appeal)

White Bear (This has to be after White Christmas, because Skillane’s appeal had just been rejected during WC. Her big punishment had to happen after her appeal is rejected. This episode also has tech featured in Black Museum.)

Hated in the Nation: (This has to happen sometime after White Bear, because the hashtags #DeathTo Victoria Skillane and #FreetheWhiteBearOne are trending. It also has tech featured in Black Museum. The episode also has to happen after White Christmas because cookies were granted rights by the time Hated in the Nation occurred, which they didn’t have during White Christmas.)

USS Callister (Cookies are made far more easily than in White Christmas, but it’s not known if they have rights yet. Capt. Daley doesn’t treat them like they do, but would he care about the law?)

Black Museum (This episode definitely occurs after White Christmas, because cookies have been granted human rights, which they did not have at the time of White Christmas. This episode has tech from White Bear and Hated in the Nation.)

Metalhead (If it’s in the universe, it has to be far out in the future)

NetflixScreenshot seen during Shut Up and Dance.

Based on more mentions from the Hot Shots reality show, news about Prime Minister Callow, and the state of technology, we can guess the following. This is listed in order of earliest episode in the timeline to latest.

Men Against Fire: (Abi’s song is mentioned. Unclear where this falls in the timeline next to Crocodile, however)

White Christmas (Abi’s song appears in a karaoke scene. This is likely after Men Against Fire and Crocodile, due to the tech seeming so much more advanced)

Metalhead (If it’s in the universe, it has to be far out in the future)

Partial Timeline Based on MASS Tech

Based on technology used in Men Against Fire, we can guess the following about the timeline:

Hated in the Nation: The MASS tech from Men Against Fire is just being tested and starting to be put into operation during this episode.

Playtest: Shou Saito is just launching the game featured in this episode during Hated in the Nation. But his game is so faulty in playtest, it’s not clear which episode should be earliest in the timeline.

And here are some timeline guesses based on clues given during the Black Museum episode.

Playtest (TCKR’s tech is mentioned in Edge magazine, but the immersive technology from a different company still has a lot of flaws, so it’s likely pre-USS Callister)

USS Callister (It’s not clear if Callister is before, simultaneous with, or after Black Museum)

San Junipero (This episode is near Black Museum and USS Callister because of overlaps in technology. The afterlife tech is already well known in both episodes, so it’s unclear if it’s simultaneous, before, or after Black Museum)

Metalhead (If it’s in the universe, it has to be far out in the future, unless it’s an isolated park kind of like in White Bear)

Complete Timeline: An Attempt at an Overarching Chronology of All the Episodes

And here, at last, is our attempt at an overarching timeline. Not all of these definitely fall in this order, but here’s are best guess based on the points listed above.

The Waldo Moment (Must take place around the same time as Fifteen Million Merits due to the billboard, but also close to The National Anthem since Waldo is nearly voted into office due to discontent with the government)

Shut Up and Dance (Mentions the cookie tech in an ad, but unclear where else it falls because the rest of the science doesn’t seem that advanced)

Be Right Back (It’s truly unclear where this falls in the timeline, but a guess is that the tech might be a precursor to the cookie tech, so it’s earlier in the timeline.)

Crocodile (Abi’s song is featured, but it’s not clear where else this happens in the timeline, but likely before Entire History of You)

Entire History of You (Best guess is that this is sometime after Crocodile, since memories can now be recorded, but this isn’t a given. Unclear how the grain implants relate to the Men Against Fire tech or which came first, so this could also theoretically be placed after Men Against Fire.)

White Christmas (Shut Up talks about Skillane’s trial, while this episode talks about her appeal. Also features Abi’s song from Fifteen Million. It likely comes after Men Against Fire because the tech is much more advanced.)

Nosedive (Takes place after The National Anthem, but unknown where else it falls in the timeline. Likely comes after White Christmas since the Z-Eyes tech isn’t used but people are “blocked” through social voting. But it might also be before Z-Eyes tech, which might have just made blocking easier and more fair.)

Playtest: (Must be before Callister or San Junipero since immersive tech is so poorly tested. Also, the game was being launched during Hated, so this is from the pre-launch testing phase.)

White Bear (Has tech featured in Black Museum, so the theme part is shut down by then. The memory-wiping tech might have been discovered during Playtest testing.)

Hated in the Nation: (This has to happen sometime after White Bear, because the hashtags #DeathTo Victoria Skillane and #FreetheWhiteBearOne are trending. The episode also has to happen after White Christmas because cookies had rights in this episode.)

Men Against Fire (Abi’s song is mentioned. Unclear where it falls in relation to Crocodile, but it has to be after Hated because the MASS tech was just being tested in Hated.)

Arkangel (Sara is watching a scene from Men Against Fire while her filtering is being tested.)

USS Callister (Cookies are made far more easily than in White Christmas, but it’s unclear where else this falls in the timeline. The immersive tech is similar to San Junipero.)

San Junipero (The afterlife tech is well known by the time this episode and Black Museum happen, so it’s likely near the end of the timeline.)

Black Museum (This is one of the last episodes, due to the mention of so many other episodes within the storyline, including White Christmas, White Bear, Hated in the Nation, USS Callister, San Junipero, and more.)

Metalhead (If it’s in the universe, it has to be far out in the future. We also saw a San Junipero postcard, indicating it’s likely after the San Junipero episode.)

What do you think about this attempt at a timeline? Let us know in the comments below. This is a rough attempt and likely will be changed as more discoveries are made. 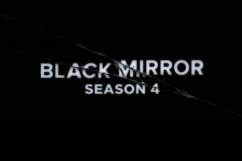 Are ‘Black Mirror’ Episodes in the Same Universe? List of Easter Eggs from Seasons 1-4