Getty British actor Gary Oldman poses on the red carpet upon arrival at the BAFTA British Academy Film Awards at the Royal Albert Hall in London on February 18, 2018.

Gary Oldman is a Best Actor nominee at this year’s 2018 Oscars and he has had his wife, Gisele Schmidt, at his side. The couple married just over the summer, in August 2017, and are currently newlyweds, according to The Associated Press. The couple tied the knot at the home of Oldman’s manager, Doug Urbanski. Get to know more about Schmidt, Oldman’s family, his children, and his exes below.

1. This Is Oldman’s Fifth Time Down the Aisle

Getty ImagesGary Oldman and ex-wife Donya Fiorentino at the Los Angeles premiere of ‘Before Night Falls’ at the Directors Guild of America in the year 2000.

At 60 years old, Gary Oldman has made five trips down the aisle, having been married to Lesley Manville from 1987 to 1990, Uma Thurman from 1990 to 1992, Donya Fiorentino from 1997 to 2001, and Alexandra Edenborough from 2008 to 2015. Manville and Thurman are actresses, while Fiorentino is a photographer. The Daily Mail previously reported that Fiorentino was focused on fame when she married Oldman and she accused him of “beating her and blowing thousands of pounds on alcohol, drugs, and prostitutes.” According to The Daily Mail, Oldman accused Fiorentino of being unfaithful, a drug addict, and a liar. Ex-wife Edenborough is a songwriter.

2. Oldman Is Friendly With His Current Wife’s Ex

Like Oldman, Schmidt has been married prior to getting together with Oldman. According to the NY Times, Oldman explained that, “You know, sometimes you have to go through the others. Her ex, they were together 20 years and they have a 9-year-old son, he’s a great guy. He was at our wedding. We’re all very friendly. He even said, ‘We should have been friends, I wasn’t Mr. Right.’ But they’re great buddies.”

3. He Is the Father of Three Children

MAPA My Dad raised me all my life, so when I was a kid I used to call him Mapa because he was my Dad and my Mom? ?: @giseleschmidtofficial

Gary Oldman has three children – Alfie, Charlie and Gulliver. Son Alfie works in entertainment, according to his IMDb page and his mother is Oldman’s ex-wife, Lesley Manville. He was born in London, England in 1988 and has worked in the camera department for a host of television shows and movies. He has even worked on some of his father’s projects, like The Darkest Hour. Oldman’s son Charlie is the co-founder of Visuae and UPI has reported that he is a model, who has even modeled for Yves Saint Laurent.

When Oldman won custody of his songs from ex-wife Donya Fiorentino, she told The Sun that, “I feel as though he stole my children and destroyed my life. There are many things in my life I regret. The biggest is that I lost my kids.”

4. His Sister Is a Struggling Actress

My mind is blown that Gary Oldman’s actual sister is Mo from Eastenders ? pic.twitter.com/hOTtpnStLk

Maureen “Mo” Oldman is Oldman’s sister and she is an actress, known by her stage name, which is Laila Morse. She is most known for her part in the film Nil by Mouth and as Mo Harris in the BBC One soap opera EastEnders. Morse is a breast cancer survivor, which shows she’s a fighter, though she had to declare bankruptcy in 2013, according to The Mirror. Her latest appearance on television was in 2016, on Celebrity Masterchef.

5. Oldman Has Said His Father Was an Alcoholic

Oldman’s father was a man named Leonard Bertram Oldman and he was a sailor, along with a welder. His mother’s name is Kathleen. According to Oldman, his father was an alcoholic, who left when he was just 7 years old, according to The Sun. Oldman also said his father was violent and over the years, Oldman has had issues with alcohol himself. 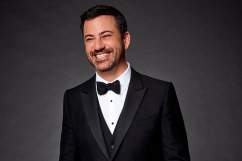 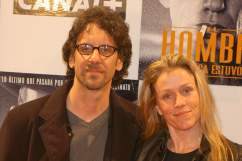 Read More
Celebrities, Gary Oldman
Gary Oldman has been cleaning up this awards season. Get to know more about his family life with his kids and wife, outside of the movies.