Your Tango has reported that Garrett Yrigoyen is a 29-year-old surgical technology consultant, who lives in Reno, Nevada. When he was younger, he played baseball when he attended the University of Nevada, according to Accept This Rose. He also happens to be a front-runner on The Bachelorette 2018, vying for the love of star Becca Kufrin. What’s interesting about Yrigoyen is that he was previously married to a woman named Kayla Cunningham and Bachelorette host Chris Harrison has said this has definitely affected Yrigoyen on the show.

OKHereIsTheSituation has reported that the ex-couple’s wedding was on September 19, 2015 and they divorced after approximately 6 months. The divorce was finalized on March 25, 2016. Bachelorette host Chris Harrison commented on the split, saying that, “There’s a little backstory to Garrett. He’s heartbroken, and it wasn’t that long ago.”

According to court papers obtained by Radar Online, from the Nevada Judicial District Court, the ex couple originally filed a joint petition for divorce on March 23, 2016, just two days before the divorce was finalized. It seems to have been a clean break, as no spousal support or alimony was included.

The court documents reportedly stated, “Petitioners allege and state they are incompatible in marriage. They can no longer live together as husband and wife and there is no possibility of reconciliation.” 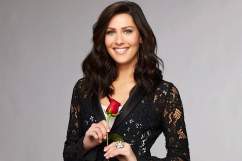 Harrison has also said that Bachelor Nation will gravitate to Yrigoyen this season, dishing to People that, “He made a very good first impression. He has a lot in common with Becca. She is kind of goofy and funny in a nerdy kind of way, and so is Garrett. They really get along well from the beginning. Garrett is that guy that always makes it about Becca. He always puts her at ease. So she gravitates toward him.”

Then Harrison continued, saying, “He’s a little bit reluctant and he’s definitely a very slow mover, which is very difficult for Becca to handle. That will come out over time.” The reasoning for this reportedly surrounds his break up from Cunningham.

For those who want some spoilers on Yrigoyen this season, read on below. THIS IS YOUR MAJOR SPOILER WARNING. If you do NOT want to know Yrigoyen’s fate on the show this season, STOP READING NOW.

The Bachelorette 2018 stars Becca Kufrin this season and the show airs on Monday nights, on the ABC network. The show airs at 8 p.m. ET/PT and 7 p.m. CT.

When it comes to Yrigoyen and his future with Becca Kufrin, Reality Steve has reported that the two are engaged. That’s right, Yrigoyen is the winner this season. Find more spoilers on Yrigoyen and Kufrin’s engagement here. 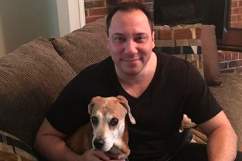