Lil Wayne has spent the past few years embroiled in a legal battle with Universal Music Group and his former record label Cash Money. According to Pitchfork, the first documents for the suit were filed back in May 2015, and the notice for dismissal was filed on May 23, 2018. Universal has recently decided to settle the suit, and pay Wayne “well over $10 million.”

In addition to the settlement, Universal will reportedly release Wayne’s long-delayed album Tha Carter V. The album has been in the works for years, and has experienced a number of setbacks due to underperforming singles and the rapper’s numerous legal troubles. It has since gained a mythic status among Wayne’s fans, as it is intended to be the final installment in his beloved Tha Carter series.

Here’s what you need to know about Lil Wayne’s album Tha Carter V:

In a 2012 interview with MTV News, Wayne announced that was going to release Tha Carter V shortly after I Am Not a Human Being II. He told MTV that the sonic direction of the two albums would be similar, and that Tha Carter V would be his swan song. “I know y’all want me around for a bit, and Carter V is my last album,” he said, “Man, I’ve been rappin’ since I was 8 years old. I’m 30 now, man. That’s a long time, man.”

The initial recording sessions for Tha Carter V took place between 2013-14, during which time Wayne maintained that it would be his last solo album. “Whenever I have to pitch in for a Young Money album, a Like Father, Like Son album and something like that and maybe something out of the blue, I will”, he explained, “but the way I’m working on this album, it’s to me, the way it seems like now, it seems like it’ll be impossible for me to work this hard again for anything else.”

Billboard reports that a rumored tracklist for Tha Carter V leaked online in 2014. Check it out below:

1. “Intro” featuring Drake and The Game

5. “Not a Chance” featuring Future and The Weeknd

8. “They Ain’t With Us” featuring Drake and Young Thug

Additional producers and musicians who have been involved in the making of the album include Boi-1da, Mike WiLL Made-It, Soulja Boy, Mannie Fresh, Kendrick Lamar and Justin Beiber.

2. Wayne Believes That Birdman is to Blame for the Delay

Over the years, rumors have surfaced that Bryan “Birdman” Williams, the President of Cash Money Records, is the driving force behind the album’s delay. Most of these rumors stem from the Twitter rant that Wayne went on in 2014, where he said point blank: “My album won’t and hasn’t been released [because] Baby & Cash Money Rec. refuse to release it.” The rapper added: “I want off this label and nothing to do with these people but unfortunately it ain’t that easy.”

Birdman went on to deny these allegations in a 2016 interview with Hot 97. “I think its more of a misunderstanding than a money issue”, he said. “If you knew me you’d know I always gave Wayne anything and everything he always wanted.”

To all my fans, I want u to know that my album won't and hasn't been released bekuz Baby & Cash Money Rec. refuse to release it.

He went on to say that it is Universal Music Group is the real reason behind the album’s delay. “Me not putting out Tha Carter V, why wouldn’t I?” he asked, “I’ve got a lot of money invested into Young Money and Wayne. So for me, I want to get some of mine’s back, you understand me?” Birdman concluded his statement by saying “I think the world deserves to hear Tha Carter V.”

Wayne criticized Birdman again in 2018, after the latter told RapUp TV that the album is “definitely coming out.” Wayne told TMZ that Birdman was “full of s**t” and that he’s just trying to “look like the nice guy” after stifling his output for so long.

3. There Have Been 7 Promotional Singles

Wayne began releasing promotional singles for Tha Carter V back in 2014, when it was originally set to come out. The first single was “Believe Me” featuring Drake, which peaked at #26 on the Billboard Hot 100, and received general acclaim from critics. Wayne followed it up with “D’usse“, “Krazy“, and “Gotti” featuring The Lox, none of which performed very well.

“Off Day” and “Start a Fire“, featuring Christina Milian, were the next singles released, though they failed to chart on Billboard. “Grindin”, another Drake collaboration, failed to generate much heat either, peaking at #49 on the Hot 100, despite having a flashy music video to back it up. Check it out below.

The release date for Tha Carter V came and went, and Wayne channeled his frustrations into a series of free mixtapes. Sorry 4 the Wait 2, FWA (Free Weezy Album) and No Ceilings 2 were all released in 2015, and saw the emcee taking aim at Birdman and Cash Money in his lyrics. These mixtapes received lukewarm reviews, with many critics feeling that Wayne was focusing on quantity over quality.

On the song “CoCo”, Wayne rapped: “Now I don’t want no problems, I just want my money/Ain’t gotta hold no conversation, nor my luggage/Tell whoever’s countin’ that I’m on a hundred/Woo, Birdman Junior – more like Ugly Duckling.”

Wayne also released a joint album with 2 Chainz called ColleGrove in 2016, but due to Wayne’s lawsuit with Cash Money Records, only 2 Chainz was credited as the primary artist. 2 Chainz would later refer to the album as a “tribute” to Wayne, given his legal restrictions.

4. Martin Shkreli Leaked Music From the Album in 2017

A few months later, Shkreli leaked a couple of snippets off the album, including one reportedly called “Mona Lisa”, which features Kendrick Lamar. Many fans were skeptical of Shkreli’s claims, but Daily Caller reporter Alex Pfeiffer confirmed that the album was legitimate.

“Martin told me that Lil Wayne sold his Bugatti Veyron to some guy. The guy then discovered CDs and assorted personal belongings of Wayne in the car,” he told Pigeons & Plans. “[The guy] called Wayne and asked if he wanted them back and Wayne said ‘no.’ One of these CDs turned out to be Tha Carter V and he sold it to Shkreli.”

While the snippets that Shkreli leaked sound legitimate, and may have been set to appear on Tha Carter V at one point, it remains to be seen whether they will be on the final tracklist. TMZ reported that Wayne was “pissed” about the Shkreli leaks, as he felt that Shkreli was ruining the experience for the rest of his fans.

5. Wayne Says it Will be His Most Personal Album

In addition to it being his most anticipated album, Wayne has said that Tha Carter V will be his most personal as well. “Tha Carter V is about growth, flat-out”, he told ESPN, “My thoughts are wiser. I still say what I want to say, it just sounds better and makes more sense. That all comes with growth and maturity.”

The album cover, which depicts Wayne as a child with his mother, supports this theme of maturation. “Music is about self. It’s supposed to be personal, a reflection of me, unless you have somebody writing it for you, and everybody knows I’m not that artist. I’m not sending a message because the message may not get across. Whatever message you take from it is your choice.”

More recently, Wayne sat down with XXL to discuss the album’s lengthy delay and why he hasn’t leaked it online:

“You’re going to see Tha Carter V. I just don’t want to put it out the wrong way. Honestly, I can do what I want at any time. The fans deserve it to be right and that’s how it’s gonna be. I’ma make sure it’s right. I can drop whenever I want to drop. That’s why I keep dropping whenever I want to drop. But I’m not gonna give them Tha Carter V the wrong way.” 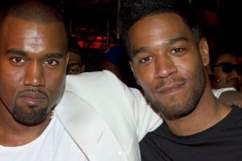