Erika Riker Jackson wanted a divorce from former American Idol judge Randy Jackson back in 2014. She did not receive one at the time. That’s because the TV personality did not respond to her petition in court for years.

Randy Jackson finally responded to his wife’s divorce filing, four years later, in August 2018. According to court documents obtained by the Blast, Randy stated he was willing to pay spousal support to Erika Jackson. But he did not want to pay for her legal fees.

In December 2018, a judge approved the divorce petition, according to documents obtained by TMZ. The divorce will be finalized on February 7, 2019.

Erika Riker Jackson and Randy got married in 1995 and have two children together. This was Randy’s second marriage.

1. Erika Riker Jackson is Reportedly Set to Receive Half of Randy Jackson’s Fortune

Erika Riker married Randy Jackson in December 1995. The pair reportedly did not sign a prenuptial agreement. That makes her eligible to receive half of everything Jackson owns.

Erika Riker Jackson filed for divorce in September of 2014. She cited irreconcilable differences as the reason for the split. She requested full physical custody of their son, who was 17 years old at the time. She also requested spousal support and asked to legally restore her maiden name.

Randy Jackson’s net worth is estimated at $50 million, according to Celebrity Net Worth. Jackson has worked as a guitarist, producer, singer and songwriter throughout this career. But he became a household name in 2002 when he became a judge on the hit reality competition American Idol. Jackson reportedly earned a salary of $10 million per season.

Erika Riker reportedly met Randy Jackson on the set of a music video shoot in early 1995. She was 25 years old at the time and Randy was 39. They got married after just a few months of dating, in December of 1995.

Multiple entertainment media outlets report that Erika Riker was a former ballet dancer from California. But no other specific records of her dance career are found online. She became a full-time homemaker after marrying Randy Jackson.

Erika Riker and Randy Jackson had two children over the course of their marriage. Daughter Zoe Jackson was born in 1996. Son Jordan arrived in 1998.

Jordan was 17 years old when Erika first filed for divorce in 2014. She requested physical custody of him. But that will not be a factor as the divorce moves forward now that Jordan is an adult.

Both Zoe and Jordan appear to live very private lives away from their father’s spotlight. Neither of him appear to have public social media accounts.

4. The Couple Operated the Randy and Erika Family Foundation Together But the Organization Does Not Appear to be Currently Operational

According to People, Erika and Randy Jackson founded a family foundation in 2006. A 2009 article in the Los Angeles Sentinel reported that the Randy and Erika Family Foundation partnered with two other organizations to build dance studios. The renovated spaces were built to benefit youth programs in the Los Angeles area.

In an interview with the Sentinel, Jackson described why he and Erika wanted to get involved. “We talked about a playground and then we came up with, how about a dance studio because it gives back directly to kids, it’s a safe environment.”

He also stated that the foundation was committed to helping fight childhood obesity. But it is unclear what all the foundation achieved or how long it was operational. There is no website for the organization.

5. Erika Riker Jackson and Randy Jackson Continued to Live Together After Splitting

When Erika filed for divorce in 2014, she and Randy Jackson were still living together. TMZ reported at the time that there were no allegations of infidelity and that the split was amicable.

A source told People in 2014, “Randy and Erika had a plan [of how they would file] but at the end of the day she decided to file. Randy is bummed out. It’s not the way he wanted it to happen or end.” 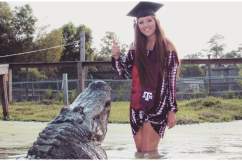