Filmmaker and actress Penny Marshall has died at the age of 75. Hollywood has seen fit to pay tribute to the beloved entertainer on Twitter and Instagram, including her former husband, director Rob Reiner.

“I loved Penny. I grew up with her,” Reiner wrote on Twitter. “She was born with a great gift. She was born with a funnybone and the instinct of how to use it. I was very lucky to have lived with her and her funnybone. I will miss her.” Learn more about their ten-year marriage and their children below.

Marshall and Reiner were married on April 10, 1971, just as the latter was becoming popular for playing ‘Meathead’ on the sitcom All In the Family. She was 27, he was 23. Marshall struggled to make a living as an actress until she landed a recurring role as secretary Myrna Turner on the popular series The Odd Couple. The series was written by her brother Garry Marshall and Reiner eventually appeared in the episode “The Rain In Spain” as Myrna’s boyfriend Sheldn.

Both actors went on to find considerable success on television throughout the decade. In fact, according to the Television Academy, Marshall was considered to play the character Gloria Bunker on All In the Family, where she would have starred opposite Reiner, but Sally Struthers was eventually cast. Marshall would go on hit paydirt in 1976 with her own sitcom Laverne and Shirley.

During a 2012 interview with the New Yorker, Marshall said that regardless of her directorial feats her tombstone is all but carved: “For me, all they’ll say is ‘Laverne,’ and for Rob “all they’ll say is ‘Meathead.’ We’re stuck with it.”

Marshall had one daughter, Tracy, born on July 7, 1964 to her and her first husband John Henry. Marshall said that Tracy was conceived because Henry was sad about being dropped from his college football team, and when they discovered the pregnancy, they quickly married. Marshall and Henry divorced in 1966, though they continued to stay in touch and raise Tracy together.

In an interview with the Hollywood Sentinel, Tracy recounts how she came to live with her mother and Rob Reiner. “I came here to Los Angeles when I was eight, right when my Mom and Rob were becoming very successful,” she said. “My Dad thought it might be a better set up for school, he thought I might have more possibilities here.” Tracy was adopted by Reiner and legally took on his last name to begin a career as an actress.

Tracy Reiner has gone on to appear in nearly 30 films, among them Marshall’s Jumpin’ Jack Flash, Big, and A League of Their Own, and Reiner’s When Harry Met Sally… Some of her other film credits include Die Hard, Pretty Woman and Apollo 13. She is currently married to Matthew Theodore Conlan.

3. They Divorced Amidst Professional Jealousies & Differing Careers In 1981

According to Biography, Marshall and Reiner’s marriage hit the rocks when the latter’s hit series All In the Family was cancelled. Marshall’s career continued to soar with the popularity of Laverne and Shirley and Reiner’s declined as he struggled to find acting work, causing jealously that bled into their home life. They filed for divorce in 1981.

In an interview with the Washington Post, Reiner stated that his divorce partially inspired the script he wrote for the 1989 classic When Harry Met Sally… “I revisit men and women over the course of my lifetime, examine the different stages of where I am in my own personal thing,” he admitted.

“The Sure Thing was about young love; When Harry Met Sally… [filmed after my breakup with Penny] was about the dating scene,” he continued. “And now I’m married, so I’m revisiting the male-female relationships through that perspective. But I always go back to these kind of characters. In every one of my movies, the men and the women are all the same.”

“That was a very confusing time because you think, ‘How do I make this work?’ At first, you’re not really ready to get into anything serious because you’re hurting,” Reiner told GamesRadar. “And then you figure, ‘I may not be ready for anything serious but I certainly want companionship’.”

4. Marshall & Reiner Continued to Stay In Touch & Offer Each Other Professional Tips After Their Divorce

Both Marshall and Reiner made the transition from sitcom actor to acclaimed director in the 1980s. They stayed in touch throughout their careers, and the two often stayed up to date on what the other was working on. “He’s a very talented guy. He’s good,” Marshall told the Los Angeles Times. “I always thought he was good. That’s why I thought he’d take care of me. Because I knew he’d always work. So I don’t feel competitive.”

Marshall did, however, say that she felt “a little strange” when Columbia originally scheduled to release her film Awakenings and Reiner’s film Misery on the same day in 1990. “I objected to that,” she admitted. “I called Rob and said, ‘Hi. Do you really want to come out the same night? Do you want to be looking at your (ticket) lines when I’m looking at mine? I think not.’ ” The shared date was eventually changed.

Marshall added that there was no ill will between them after their divorce, and that the two even exchanged work tips. “You know, ‘Did you work with this person?” Marshall said. “Can they get through a scene without falling down?'”

5. Marshall Admitted That Her & Reiner ‘Always Thought We’d Get Back Together’

During a 2016 interview with Vulture, Marshall spoke candidly about her relationship with Reiner and how they managed to stay friends. “We stayed together longer because of pride,” she said, referring to their marriage. “We always thought we would get back together when we were much older. But he’s got a wife and family now. His grandkids went to school with my kids. We still get along.”

Marshall and Reiner have five grandchildren via their daughter Tracy. 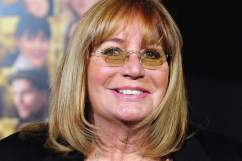 Penny Marshall Cause of Death: How Did the Actress Die?