John Singleton has died. Fox News reports that the filmmaker “passed away peacefully, surrounded by his family and friends” on Monday afternoon. He was 51. Singleton is best known for the 1991 film Boyz n the Hood, which made him the first African American to be nominated for Best Director.

While he was unmarried at the time of his death, Singleton did have four children. Many of them have even followed his lead and become filmmakers, or at least acted in some of his films. Learn more about them below.

1. His Son Maasai Mohandas Singleton Is a USC Graduate  & Screenwriter

My son Maasai Mohandas Singleton is now a graduate of USC's School of Cinematic Arts with a BFA in Screenwriting! The same major as his dad! I am so proud ! He's on his way ! Watch out !

Maasai Mohandas Singleton was born on April 3, 1994. He appeared in his father’s 2001 drama Baby Boy, and went on to follow in his footsteps by attending USC’s School of Cinematic Art. He started a GoFundMe campaign to help pay for his college education, and explained his reasoning in an open letter to Black Girl Nerds.

“When I was eleven years old, my father went to court to take custody of me from my mother and he made a promise to my grandfather that he would educate me. It was my family’s one solace in being separated from me,” he wrote. “But because of his own weakness to a jealous and manipulative person in his life, my father has decided to stop paying tuition in my last semester of college and to tell me only one month before the semester was to begin.”

Maasai eventually graduated with a BFA in screenwriting in 2016. Singleton made an Instagram post commemorating his son’s graduation, writing, “My son Maasai Mohandas Singleton is now a graduate of USC’s School of Cinematic Arts with a BFA in Screenwriting! The same major as his dad! I am so proud! He’s on his way! Watch out!”

2. He Had Daughter Hadar Busia-Singleton With His Ex-Wife Akosua

Happy Birthday my Hadar! I thank God for having gifted us another April 3rd together ~ amidst life's turmoils, there is the blessing of YOU! May God continue to grow, inspire, and motivate you ? @hadsy #forever #blessed #eternally grateful #mama

Singleton was married to actress Akosua Busia from 1996-97. During this time, they gave birth to a daughter, Hadar Busia-Singleton. Hadar pursued acting from a young age like her mother, studying at the Interlochen Arts Academy and making her film debut in the 2003 drama Tears of the Sun. To date, however, Tears of the Sun has been her only credit.

Akosua reflected on being a mother for her personal website, stating that she took off time from her career to raise her daughter. “I’d always said that when I have a baby, I would come out of acting, until my child turned eighteen,” she wrote. “This is not my advice, or even my suggestion for anyone else, it was my personal purpose and desire.”

“So apart from in the film Tears of the Sun (which from driving a friend to audition for, I was recognized by the Casting Director and ended up working on in Hawaii during summer vacation with my then four year old daughter, Hadar, playing my daughter), I did not act in film, television, or stage for eighteen years,” she continued.

Hadar is the granddaughter of Kofi Abrefa Busia, the ex-prime minister of Ghana and a member of the Wenchi Royal Family.

3. He Was Forced to Renegotiate His Child Support In 2015

Loving this California life. On the Snowfall set. Enjoying the process…. Set life in the hood. South Central forever. @snowfallfx

Singleton was forced to go to court in 2015 when his ex-wife accused him of not paying adequate child support. According to Bossip, however, the filmmaker’s financial troubles led the judge to lower the amount of child support he had to pay in each month.

Singleton reportedly made $14,500 a month with over $24,000 in expenses, including $8,300 in mortgages for homes in Los Angeles and Miami. He said that he was financially responsible for his other children as well. Judge Tamzarian modified the amount of child support, but also ruled that Singleton had to pay his ex $68,000 in back tuition for their daughter’s education.

“The court finds there is a material change in circumstance regarding the child support order contained in the judgment entered March 18, 1998 and the modification of support entered January 28, 2002, based upon petitioner’s decrease in income, and the amount of tuition now being paid for Hadar,” the judge wrote. 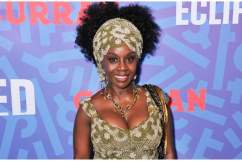 4. His Daughter Cleopatra Singleton Is Currently a Sophomore In College

Cleopatra Singleton also appeared in one of her father’s films, the aforementioned Baby Boy, and is currently a sophomore in college. That said, she has gotten more attention for the claims she made regarding her father’s health. According to the Wrap, Cleopatra felt that Singleton was not in a coma, and that his medical condition was being “misrepresented” by her grandmother Sheila Ward.

Cleopatra stated that she wanted her brother Maasai to be named conservator of her father and his estate, and went as far as to call Ward’s behavior toward the rest of the family “disturbing.” She went on to say that her father’s condition was “progressing” prior to his death, and that thought it possible that he could have made a full recovery.

“[Sheila Ward] has abused this position particularly pertaining to the support of his children,” Cleopatra said. “Sadly my father’s allowed his mother to stay in that position out of fear and obligation to her as she’s bullied and abandoned my father since he was small child, leaving him emotionally defenseless. She had already stated that she plans to liquidate his assets immediately and leave his children with nothing, even to go as far as to sell his house and remove his girlfriend and infant son the premises.”

5.  His Daughter Justice Maya Singleton Is an Actor & Comedian

2Pac cares if don't nobody else care. ? @nikotheikon (obv ? Donna Summer cares too)

Justice Maya Singleton is a writer, comedian, and director. She’s worked on several different film and television projects, but her most notable credit has been as casting assistant on the Oscar-nominated film Selma. In addition to film, Justice is a writer who regularly publishes essays on the website Medium. Her most recent essay is about the death of rapper Nipsey Hussle and his subsequent impact on the West Coast. You can check it out here.

On April 10, Justice praised her family for their creativity on Instagram. “I am outnumbered by Singletons with a ton of dreams, talent, love, and radiance,” she wrote. “Even the ones that ain’t by blood but time n vibe I am very blessed by! Which could be shared with every Singleton who should know we on this journey called lyfe together, ya’ll.” 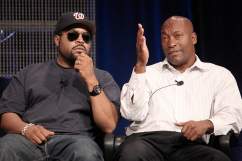